Here's how SpaceX plans to land on Mars in 2018 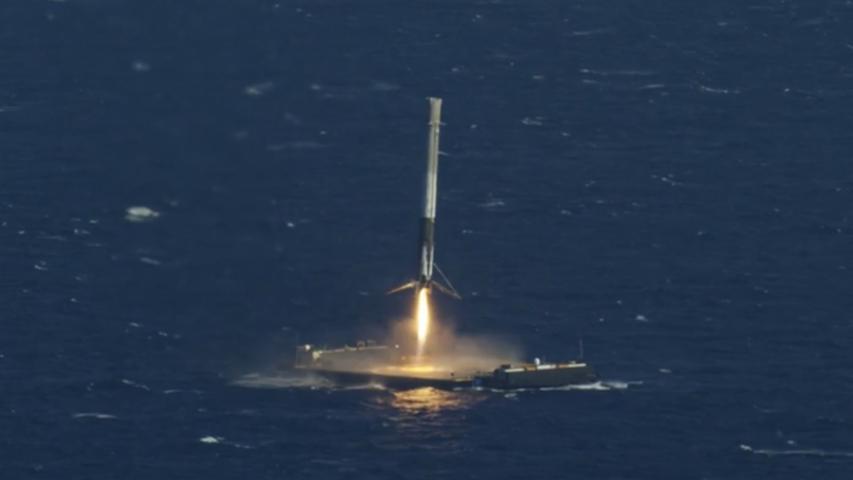 On Wednesday, Elon Musk's private company SpaceX announced on Twitter that it plans to send a spacecraft to Mars as soon as 2018.

The mission will involve sending a spacecraft called the Red Dragon to Mars to retrieve samples collected by NASA's Mars rover and then return them to Earth.

Planning to send Dragon to Mars as soon as 2018. Red Dragons will inform overall Mars architecture, details to come pic.twitter.com/u4nbVUNCpA

SpaceX has had big plans to usher in a new era of reusable rockets that could send the first humans to Mars and return them home for a while. In 2011, SpaceX released a video showing how they were going to re-land a rocket booster after launching it to space -- something that had never been done before.

Here's how SpaceX plans to land on Mars in 2018

On December 21, 2015, SpaceX successfully landed its first reusable rocket, a Falcon 9, on a launch pad. They followed that up on April 8, 2016 by successfully landing another Falcon 9 on a barge floating in the ocean. Musk has announced plans to relaunch this Falcon 9 as early as May.

So what's cooler than landing a rocket on Earth? On Mars, of course.

Judging from the illustrations on their Flickr account, SpaceX plans to land on Mars using a simple approach that's never been tried before.

This is SpaceX's Dragon spacecraft, which is not designed to carry humans, sitting on the Red Planet: This unmanned Dragon capsule has been making trips to the International Space Station since 2010. But to get to Mars, which is 560,000 times farther, the Dragon will need to ride a more powerful rocket than the Falcon 9, which it takes to the ISS.

That rocket is SpaceX's Falcon Heavy, illustrated below, that is scheduled to launch out of Kennedy Space Center for the first time next year. However, this monster rocket will only take Dragon so far. Getting to Mars is easy compared to landing on it because the Martian atmosphere is a tricky beast to control.

The Martian atmosphere is about 1,000 times thinner than Earth's, so simple parachutes won't slow a vehicle down enough to land safely.

But that atmosphere is still thick enough to generate a great deal of heat from friction against a spacecraft.Therefore, to land on Mars you have to have a spacecraft with a heat shield that can withstand temperature of 1600 degrees Fahrenheit.

Luckily, Dragon's heat shield can protect it against temperatures of over 3,000 degrees Fahrenheit, so plummeting toward Mars, illustrated below, shouldn't be a problem heat-wise. But there's still the problem of slowing down. Although gravity on Mars is about 1/3 of what it is on Earth, the vehicle is still plummeting toward the ground at over 1,000 miles per hour after entering Mars's atmosphere. If it were to hit the ground at those speeds, you'd have a disaster.

The way that SpaceX aims to deal with this tricky problem is to use the thrusters on board the Dragon spacecraft to first redirect its momentum from downward to sideways, as illustrated below, thus reducing its speed: And then, as the spacecraft continues to plunge toward the surface, it will fire its thrusters one final time for a soft, vertical touch down: This sort of landing is unlike anything that anyone has ever tried before, but you have to admit that Dragon looks pretty great on Mars if it ever manages to get there: The last major Mars landing was NASA's Curiosity rover in 2012. This landing was a huge success but extremely complicated that involved half a dozen steps that, if not completed perfectly, would end in disaster. NASA dubbed the landing process "7 minutes of terror" because that's how long it took to enter the atmosphere and land.

Here's how SpaceX plans to land on Mars in 2018
Photo: ESA

But the technology isn't ready for human passengers just yet. Musk tweeted that the Dragon might not be the most comfortable environment for space explorers.

This mission marks an important milestone in the partnership between NASA and SpaceX, bringing them one step closer to achieving their goal of sending humans to Mars in by the 2030s.