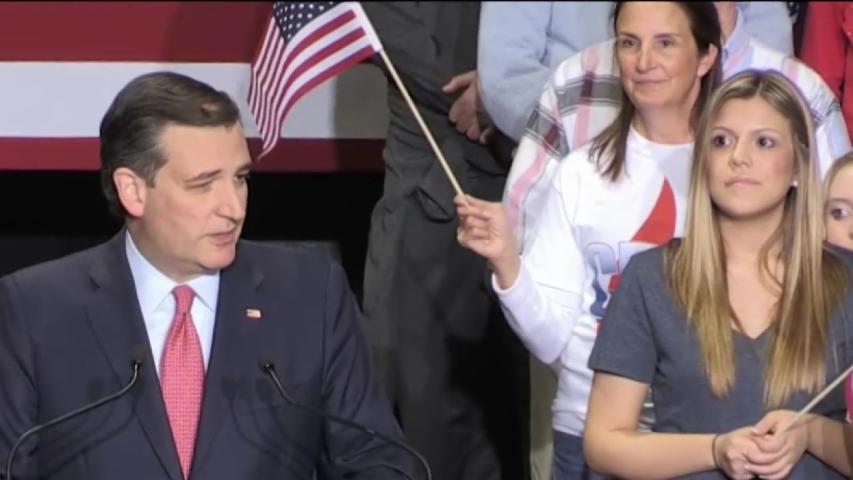 Donald Trump ripped Ted Cruz on Wednesday after reports surfaced that he would tap former Hewlett-Packard CEO Carly Fiorina as his running mate.

In a statement, Trump called the announcement "a pure waste of time" and compared it to the recent electoral agreement struck between the campaigns of Cruz and Ohio Gov. John Kasich.

"It reminds me very much of the already failed [John] Kasich "collusion" —­ a desperate attempt to save a failing campaign by an all talk, no action politician," he said in the statement.

"The people of Indiana are very smart —­ they will see through this just like they saw through the already failed Kasich alliance," he continued. "Cruz has no path to victory, he is only trying to stay relevant."

Trump has defeated Cruz and Kasich by wide margins in the last six voting states. On Tuesday, Trump won all five East Coast states that voted, picking up a treasure trove of delegates in the process.

In an attempt to swing momentum in the must-win state of Indiana, Cruz told reporters of a "major announcement" he'd be making during his 4 p.m. ET rally in Indianapolis.

Multiple outlets subsequently reported that the announcement would be of his intentions to name Fiorina, an ex-presidential hopeful and former Hewlett-Packard CEO, as his running mate. She was spotted in Indianapolis ahead of the announcement. Fiorina endorsed Cruz not long after dropping out of the GOP race, and she has frequently appeared as a surrogate for the senator since.

Cruz is mathematically eliminated from reaching the 1,237 delegates needed to secure the GOP nomination ahead of the July convention. But he is hoping to stop Trump from reaching that number so that the convention can be opened up to a second ballot of voting.

In hopes of doing so, Cruz recently struck the agreement with Kasich mentioned by Trump. That agreement called for the Ohio governor to pull resources out of Indiana, clearing the way for Cruz to have a more favorable matchup with Trump.

Trump also addressed the Fiorina speculation during a round of television appearances on Wednesday. He brushed it off during a "Good Morning America" interview, saying that Fiorina "did not resonate" when she was a candidate.

After massive defeats in Arizona, New York, Pennsylvania, Rhode Island, Delaware, Connecticut and Maryland, (in addition to twenty other contests) and given the fact that Senator Cruz has millions of votes less than me and is being clobbered on the delegate front, this is a pure waste of time. It reminds me very much of the already failed Kasich "collusion" —­ a desperate attempt to save a failing campaign by an all talk, no action politician. The people of Indiana are very smart ­— they will see through this just like they saw through the already failed Kasich alliance. Cruz has no path to victory he is only trying to stay relevant. —­ Donald J. Trump