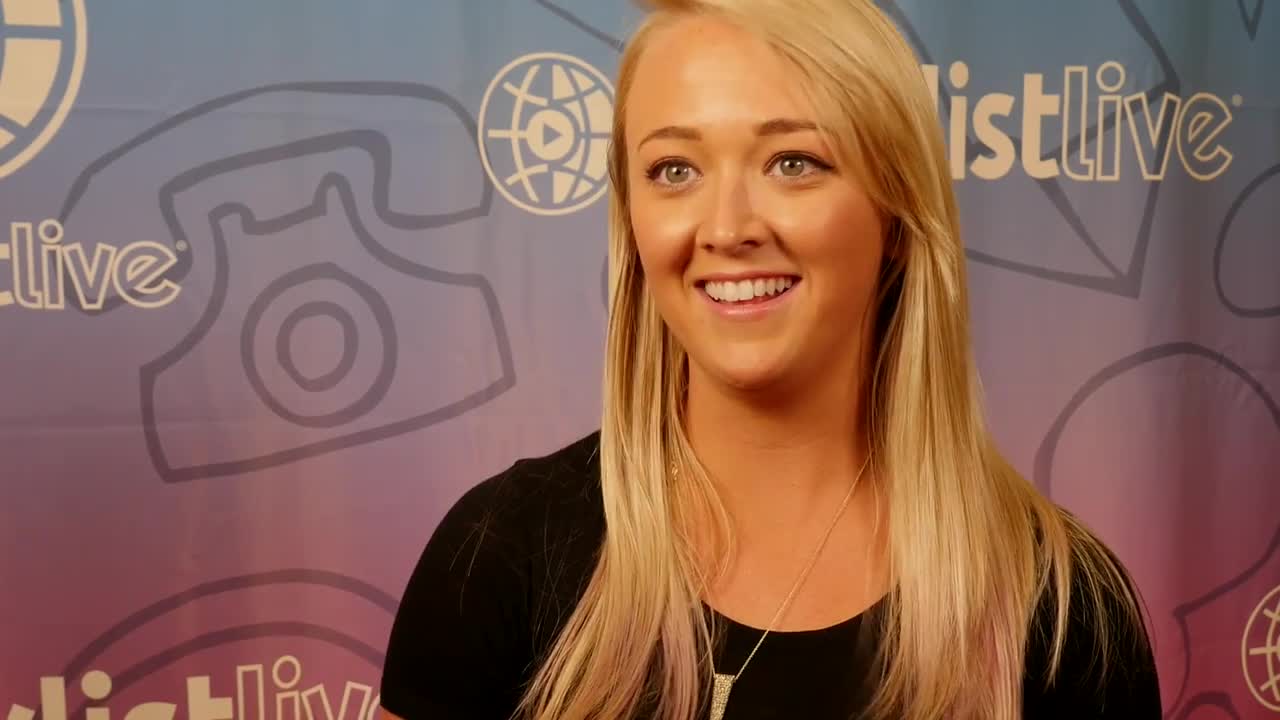 We're going to cut to the chase -- Meghan McCarthy has over 1.6 billion loops on vine. Billion.

The social media star has already made her mark on the virtual world, but if you think she's stopping now, think again. With a unique voice that reaches her 3.4 million Vine followers, 1.1 million YouTube subscribers and more, McCarthy is paving the way for online creators everywhere.

McCarthy is all about being yourself. Having faced lots of bullying for her high-pitched voice, the viral video-maker has decided to lay it all out on the table for her fans and followers. Not only is she here to make us split our sides laughing, she also provides a vulnerable side where she opens up, and really lets us get to know her personally.

Providing inspiration on openness, creativity and comedy for young creators everywhere, McCarthy was a sure invitee to the annual creator convention, Playlist Live. The annual event took place in Orlando, where McCarthy and thousands of other influencers flocked to share their content and meet some of the fans who helped them get them to where they are now. Another reason she was a sure fit for a convention that celebrates all things social media, McCarthy is partners with Collab, the largest independent multi-platform network for top social media stars.

To hear more about McCarthy's journey, tune into the exclusive interview above, where #KanvasLive got to get up, close and personal with the creator herself.

Not on Kanvas yet? Download the free app now to stay in the loop with more exclusive content!

More from Kanvas:
The Nive Nulls breathe unique life into viral Internet content
'Little Boxes' is the can't-miss Tribeca Film Festival dramedy
Film 'Between Us' holds a mirror to the parts of yourself you're too scared to see