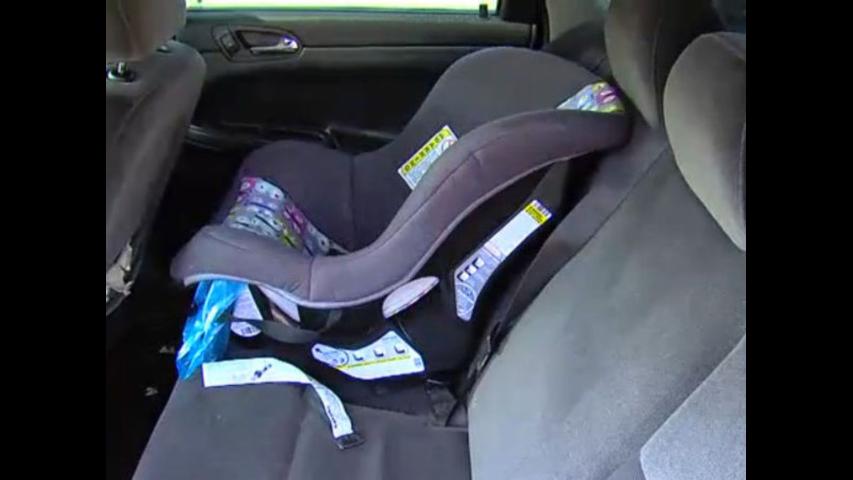 Getting pulled over by a police officer is usually not the best part of anyone's day.

But for one Michigan man, it may have ended up being one of the highlights of his month or even year.

Lavante Dell naturally assumed the worst when he was pulled over last week -- and indeed, at first that's the direction the traffic stop was heading in.

Officer Joshua Scaglione had noticed Dell was driving with his 3-year-old daughter, who wasn't secured in a car seat.

While he obviously could have given Dell a ticket, Scaglione chose an approach that has people applauding him.

He asked Dell why he didn't have a car seat, to which Dell sadly responded that he couldn't afford it.

"So I took him out of the car, separated him from his family and asked him what's going on. He's like, 'Bills are building up, overtaking my income and I can't afford a car seat right now,'" Scaglione told WJBK.

Dell said the officer then asked him if he needed help getting a car seat. Dell hesitated before admitting that he could use one.

"He looked around and said 'Can you follow me to Walmart?'" Dell recalled.

True to his word, Scaglione walked Dell into Walmart, where the officer paid out of pocket to buy a car seat for Dell's daughter.

Then, the good Samaritan left the store before Dell even had the chance to thank him.

Dell wrote a heartfelt Facebook post thanking the officer for his kindness, but at that point in time, he didn't even know Scaglione's name.

As many of you may have heard, we had an incident occur on Monday in which an officer conducted a traffic stop on a car...

Thankfully, the Westland Police Department eventually revealed that Scaglione was responsible, and arranged a meeting so Dell could express his gratitude in person.

"It was difficult to identify the officer responsible as he had not told anyone about what had happened," the department wrote on Facebook. "It is clear that his sole purpose was to assist the driver, not to receive recognition."

"I had no other choice but to do that for you," Scaglione told Dell. "You have a daughter and she is a number one priority and you deserve it."

The police department even thanked Dell for coming forward, saying that "in a world filled with negative stories, the fact that you shared yours has had an unbelievably positive impact on all of us."

We couldn't agree more with that.

More from AOL.com:
How retirement benefits will change in 2016
10 things to avoid before applying for a mortgage
Revisit Prince and Beyoncé's performance from the 2004 Grammys