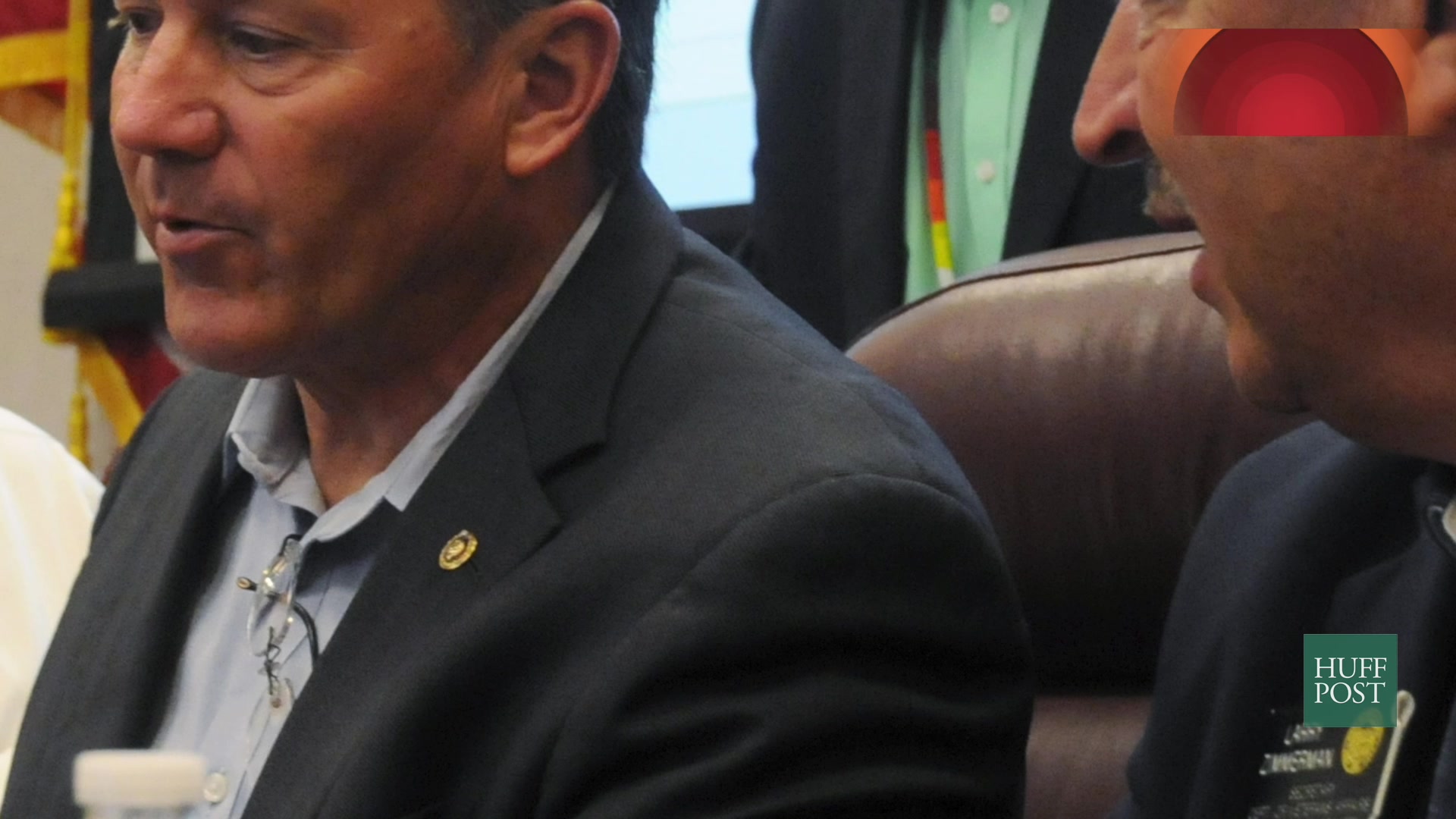 A prominent Ku Klux Klan leader says that the group has raised thousands of dollars for Hillary Clinton's campaign and that the Klan is officially endorsing the Democratic frontrunner for president—a claim the Clinton campaign vigorously denies.

Shortly after setting a giant cross on fire with dozens of other members of various white nationalist groups in Georgia on Saturday, Will Quigg, a Grand Dragon in a California branch of the KKK, sat down with Vocativ—which was there for a larger reporting trip about the modern state of the hate group—to talk about the 2016 election. According to Quigg, "For the KKK, Clinton is our choice."

"She is friends with the Klan," Quigg said. "A lot of people don't realize that. She's friends with Senator [Robert] Byrd. He's been an Exulted Cyclops in the Klan. He's been King Kleagle." (King Kleagle is another KKK title for the leader of an entire "realm," or state. Quigg is the King Kleagle for California.) Robert Byrd is a former U.S. senator from West Virginia. In the 1940s, Byrd organized and served as the leader of a Klan chapter in West Virginia. Byrd has long since disavowed the Klan and called his involvement "wrong." In 2010, Hillary Clinton called Senator Byrd a "friend and mentor."

Ku Klux Klan claims $20K in Clinton donations
1866: A wood engraving depicting two members of the Ku Klux Klan. The white sheet and hood were supposed to represent the ghosts of Confederate soldiers risen from the dead to seek revenge. (Photo by MPI/Getty Images)
UNITED STATES - JANUARY 01: Kayne Township. Ku Klux Klan Wedding In New Jersey. (Photo by Keystone-France/Gamma-Keystone via Getty Images)
(Original Caption) Long Island, NY-Ku Klux Klan with hands raised in oath during night meeting.
20th March 1922: Members of the white supremacist movement, the Ku Klux Klan standing by an aeroplane, out of which they dropped publicity leaflets over Washington DC. (Photo by General Photographic Agency/Getty Images)
(Original Caption) 1/4/1923-Homestead, FL: Photo shows gathering of the Ku Klux Klan, members of the invisible empire, at Homestead, FL., thirty miles South of Miami, and within three miles of the Southern most point of the mainland of the United States. The Imperial Wizard of he Klan is somewhere in the group. But, he just won't make himself known.
Ku Klux Klan members hold a march in Washington, DC, on August 9, 1925.
UNITED STATES - JANUARY 01: Ku Klux Klan Ritual At Atlanta In Usa During Thirties (Photo by Keystone-France/Gamma-Keystone via Getty Images)
(Original Caption) Over 100,000 people are expected in Washington for the Klan parade and gathering. Government buildings are all guarded in case of disorder. Photo shows members of the Women's K.K.K. of Virginia marching down Pennsylvania Ave.
5/07/98 PHOTOGRAPHER: Susan Biddle - TWP Wheaton, Md. BRIEF DESCRIPTION: Darryl Davis and his KKK collection Davis, a blues pianist, meets as many KKK guys as he can to find out why they are as they are. He has a collection of robes and other KKK items such as this medallion. (KU KLUX KLAN) (Photo by Susan Biddle/The Washington Post/Getty Images)
A young protester argues with Thom Robb during a Ku Klux Klan rally in Stephenville, Texas. Robb is the national director of the Arkansas-based Knights of the Ku Klux Klan. (Photo by ?? Greg Smith/CORBIS/Corbis via Getty Images)
The Imperial Wizard of the National Knights of the Ku Klux Klan, Don Black, wearing a suit and tie, with white-gowned Klan members in the background.
UNSPECIFIED - CIRCA 1754: Ku Klux Klan members supporting Barry Goldwater's campaign for the presidential nomination at the Republican National Convention, San Francisco, California, as an African American man pushes signs back: 12 July 1964. Photographer: Warren K Leffler. (Photo by Universal History Archive/Getty Images)
UNSPECIFIED - CIRCA 1754: Parade of the Ku Klux Klan, in regalia and carrying the stars and stripes, through counties of Virginia bordering on the District of Columbia, America, 1926. (Photo by Universal History Archive/Getty Images)
Ku Klux Klan members march through downtown Houston under heavy police protection. (Photo by Greg Smith/Corbis via Getty Images)
(Original Caption) The Ku Klux Klan failed to make good its threat to parade through the streets of this town today and instead had a small parade in Neptune City and Neptune Township. Less than 3,000 men, women, and children marched in the parade, headed by Arthur H. Bell, Grand Dragon of the Realm of New Jersey. Some of the Klansmen were robed and masked, others wore their robes with hoods lifted. (Photo by George Rinhart/Corbis via Getty Images)
Members of the Ku Klux Klan attend a demonstration in Lawrenceburg, Tennessee. They are protesting against the Martin Luther King holiday. (Photo by mark peterson/Corbis via Getty Images)
Demonstration of the Ku Klux Klan (Photo by F. Carter Smith/Sygma via Getty Images)
UNITED STATES - OCTOBER 23: Jeffery Berry, national imperial wizard of the Knights of the Ku Klux Klan (l.), Grand Dragon James Sheehy (nursing his would after being attacked), and other Klan members hold a rally at Foley Square near the New York State Supreme Court House. (Photo by Budd Williams/NY Daily News Archive via Getty Images)
VALLEY FORGE, PA - SEPTEMBER 25: A Ku Klux Klan member shows off his tattoo during an American Nazi party member during American Nazi Party rally at Valley Forge National Park September 25, 2004 in Valley Forge, Pennsylvania. Hundreds of American Nazis from around the country were expected to attend. (Photo by William Thomas Cain/Getty Images)
SHARPSBURG, MD - SEPTEMBER 07: Members of the Confederate White Knights hold a flag during a rally at the Antietam National Battlefield September 7, 2013 near Sharpsburg, Maryland. The Rosedale, Maryland Ku Klux Klan group held the rally to protest against the administration of President Barack Obama and the U.S. immigration policies. (Photo by Alex Wong/Getty Images)
COLUMBIA, SC - JULY 18: Ku Klux Klan members take part in a Klan demonstration at the state house building on July 18, 2015 in Columbia, South Carolina. The KKK protested the removal of the Confederate flag from the state house grounds, as law enforcement tried to prevent violence between the opposing groups. (Photo by John Moore/Getty Images)
Demostrators take part in a protest against asylum seekers brought to stay at a former army barracks in the Hennala district in Lahti late September 24, 2015. Demonstrators threw stones and launched fireworks at a bus full of asylum seekers arriving at a reception centre in Lahti in southern Finland, late on Thursday, Finnish media reported on Friday. Between 30 and 40 demonstrators, one in a white robe like those worn by the white supremacist Ku Klux Klan in the United States, waved the Finnish flag and shouted abuse at the bus. Picture taken September 24, 2015. REUTERS/Heikki Ahonen/Lehtikuva ATTENTION EDITORS - THIS IMAGE WAS PROVIDED BY A THIRD PARTY. FOR EDITORIAL USE ONLY. NOT FOR SALE FOR MARKETING OR ADVERTISING CAMPAIGNS. THIS PICTURE IS DISTRIBUTED EXACTLY AS RECEIVED BY REUTERS, AS A SERVICE TO CLIENTS. NO THIRD PARTY SALES. NOT FOR USE BY REUTERS THIRD PARTY DISTRIBUTORS. FINLAND OUT. NO COMMERCIAL OR EDITORIAL SALES IN FINLAND.
Up Next

Quigg said that he and other Klan members have raised more than $20,000 for the Clinton campaign and donated it anonymously.

"In the Bible, it says when you pray, pray in a closed, dark place by yourself," Quigg said. "Do not pray on the street corners where people can see you ... that's why I got $20,000 together and sent it to Hillary Clinton's campaign anonymously."

More from Vocativ: It's Time For Game Of Thrones To Kill This One Awful Plot Line

The Clinton campaign strongly denies receiving any donations from the Ku Klux Klan and rejects the organization's endorsement. "This is completely false," Clinton campaign spokesman Josh Schwerin told Vocativ. "We want no part of them or their money and vehemently reject their hateful agenda."

It's possible for the Klan to have donated the money without the Clinton campaign knowing —Federal Election Commission rules allow for small anonymous donations. And members of the Klan wouldn't need to disclose their affiliation with the group if they did donate to Clinton's campaign—only their names would appear on Clinton's campaign finance filings. 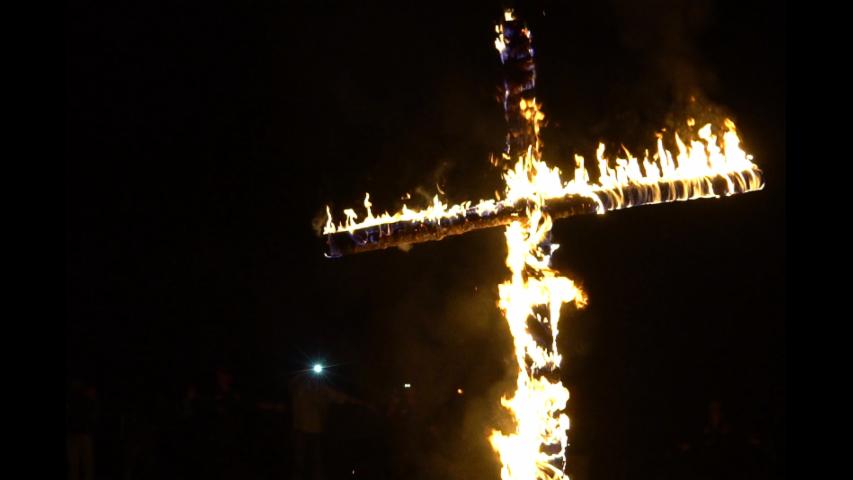 According to Schwerin, the campaign has "not received anywhere close to $20,000 in anonymous donations in total, [so] it is impossible that they are telling the truth." Vocativ independently verified this through FEC filings.

The endorsement seems a clear attempt to mar Clinton's reputation—or perhaps a backhanded way to push voters towards Donald Trump, the GOP frontrunner whose stance on issues like illegal immigration falls more in line with the KKK's. But Quigg denies this. Trump "couldn't run this country more than he could run a county," he says. "He knows nothing about politics, or about foreign affairs. He went to Israel and almost got thrown out."

Former Klan leader David Duke previously endorsed Trump in the 2016 presidential campaign—an endorsement Trump didn't immediately disavow. Duke, however, does not speak for the Klan, according to Quigg.