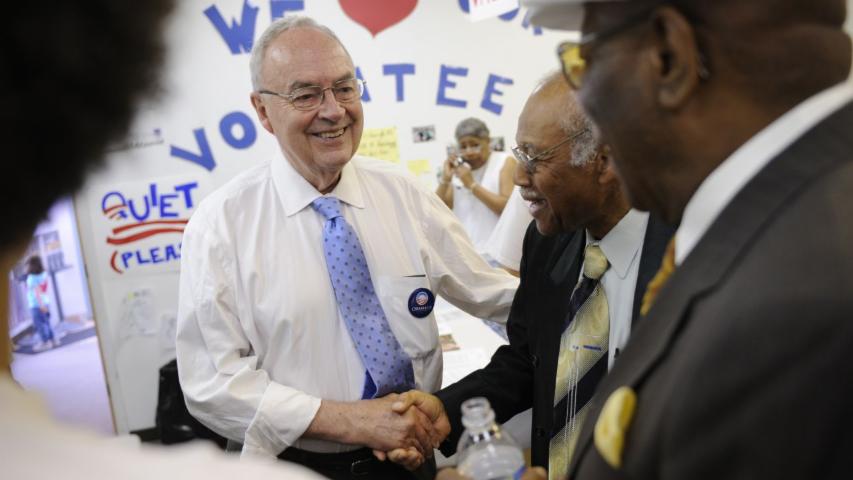 At 90 years old, former Pennsylvania Sen. Harris Wofford announced he's marrying a man, 20 years after the death of his wife.

"We both felt the immediate spark, and as time went on, we realized that our bond had grown into love. Other than with Clare, I had never felt love blossom this way before."

Wofford says he is set to marry Matthew Charlton, a 40-year-old man whom he met nearly 15 years ago, at the end of April. Wofford was married for nearly five decades before his wife, Clare, died in 1996 after battling acute leukemia.

Wofford says in his letter that he is thankful for the Supreme Court's decision to strengthen "the dignity of marriage" by striking down the Defense of Marriage Act.

"Too often, our society seeks to label people by pinning them on the wall — straight, gay or in between," he adds in the New York Times piece. "I had a half-century of marriage with a wonderful woman, and now am lucky for a second time to have found happiness."

Wofford spent a large part of his career fighting for civil rights. He served as a special assistant for John F. Kennedy and advised Martin Luther King Jr. during the civil rights movement.

More from AOL.com:
10 things to avoid before applying for a mortgage
Sources: Target increases minimum wage to $10 an hour
10 inspirational quotes from leading entrepreneurs