What's income inequality and why does it matter? 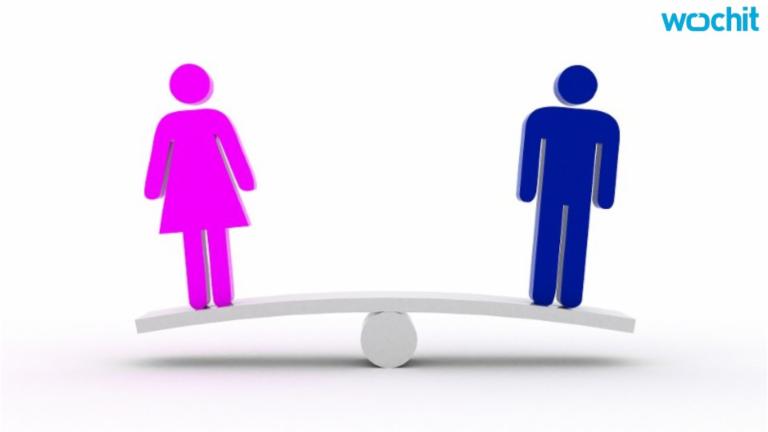 The rich get richer, the poor get poorer.

It's an old expression, referring to what today we call income inequality.

Income inequality is a national discussion that's been surfacing off and on for years now, but thanks to presidential politics, it's once again in the headlines. Bernie Sanders has a page of his website devoted to it. Hillary Clinton has given speeches on it. Ted Cruz has addressed it, and so has John Kasich.

We've done many stories on the topic. One example: A couple of years ago, we published "Fast-Food CEOs Paid 1,000 Times More Than Their Workers." The gist of the article is made clear by the headline, but here are a couple of sentences:

If you want a glimpse of super-sized pay inequality, look no further than America's fast-food industry. Nowhere is company-level pay disparity more apparent than in fast food, where CEOs reportedly take home $1,000 for every $1 earned by their typical employee.

Articles like this always invite spirited debate, and this one was no exception. I'm going to reprint one reader comment, not because it's unique, but because it isn't. It's from a reader who calls himself "bkp100."

Are you so fabulously dim, and so steeped in political correctness, as to not understand the reasons for that?

Where's the discussion on how much personal RISK the CEOs put into the business they started? Or how many 20-hour days? How many sleepless nights can the workers claim worrying about meeting payroll; about balancing receivables and payables; about labor issues; about regulatory and health issues; about insurance issues? How much negotiation with contractors; with vendors; with transporters did the workers undertake?

I am SO tired of hearing about ONE side of the inequality equation by hacks like this, when the equation is SO stacked by the inequality crusaders as to make it laughable.

The *beauty* of this country, and THIS system is that you are NOT denied the OPPORTUNITY to excel. However, and rightly so, it's NOT going to be handed to you on a platter. It takes WORK, it takes invested TIME, and it takes AMBITION, and often RISK ... NOT just saying "I want it."

If we DO ever reach a point of equal pay for unequal work/investment/time, then kiss this country's integrity, its overall standard of living, and its freedom to excel to whatever point you're willing to work to get there, goodbye.

This comment is a good jumping-off point into a divisive issue you're likely to be hearing more about as the presidential race evolves.

What is income inequality?

Bkp100 apparently thinks those discussing income inequality believe all workers should be paid equally. That, of course, is nonsense. The income inequality highlighted in articles like "Fast-Food CEOs Paid 1,000 Times More Than Their Workers" is referring to the widening gulf between the workers and the bosses.

While income inequality has been the concern of some for decades, it was a flash point during the 2012 presidential election, and before that with the passage of the Dodd-Frank Wall Street Reform and Consumer Protection Act, signed into law in 2010. Section 953(b) of that law requires companies to report the ratio between the median annual compensation of a company's workers and that of their CEO.

Some, like bkp100, think it's nobody's business who makes what. Others believe that too much wealth is accruing to too few. As you might imagine, those leaning left are more likely to adopt the latter belief, those leaning right the former.

So here's a look at what's happening, some possible reasons, my take and — most important — why this debate matters to you.

Some facts about income inequality

Most of the following came from the Economic Policy Institute and this article from the Globalist:

What about the risk they take?

Bkp100 says, "Where's the discussion on how much personal risk the CEOs put into the business they started?" OK, here's that discussion. The CEOs of the vast majority of America's largest companies didn't start the businesses where they work, have none of their personal fortunes at stake, and, other than their personal job security, have undertaken no risk whatsoever.

They must deserve it

It's easy to believe CEOs must deserve the money they make. After all, why would they be paid so much otherwise?

While most CEOs are presumably talented managers, there are myriad examples of pay in the largest corporations not being related to performance. Here's one: Two years ago Yahoo Chief Operating Officer Henrique de Castro was basically forced out for failing to make progress in turning the company around. Nonetheless, he received a severance package of about $58 million for the 15 months he was there.

Yahoo's current CEO, Marissa Mayer, has also failed to improve the company. As a result, Yahoo was recently forced to put itself up for sale. But if Mayer loses her job as a result, her severance package will be $59 million. That's in addition to the $79 million she's already earned since 2012.

How can even questionable managers make so much relative to what workers make? Here's a possible explanation.

CEOs of major corporations often get paid so much because, unlike individual workers, their pay packages are approved by a company's board of directors. That board is often, albeit not always, staffed by personal friends, acquaintances or people who owe their paid board position at least partially to the CEO.

In other words, where you work, your pay is determined by a boss whose mandate is often to hold down expenses. But a CEO's pay may be approved by a group of peers with no such incentive. In fact, since they could cross paths with the CEO in future ventures, board members might have a much greater incentive to reward a CEO than to protect the shareholders, workers or customers of the company.

The result is CEOs who are often radically overpaid in relation to any contribution they could possibly make.

Why does it matter?

So what if some CEO is overpaid relative to their value? Capitalism is a system encouraging you to take as much as you can legally get. Besides, it's the company's money being wasted, not the taxpayers'. So why should we care?

We should care for two reasons. The first is that exorbitant pay may be passed along to consumers. The second, and more important reason, is that in the long run income inequality could create the most vicious of cycles.

I can illustrate pay potentially being passed along to consumers with an article I wrote in 2010 called "Insurance Outrage: Hike Prices, Pay CEO $100 Million." An excerpt:

My personal health insurance bill went up 40 percent this year. And this week I learned the CEO of the company that issued my policy, United Healthcare, personally received more than $100 million in compensation last year alone.

Keep in mind, it wasn't just my health insurance cost that went up that year. I'm sure thousands of United Healthcare customers got similar notices. Were the increases we endured related to that CEO windfall? There's no way to know, but somebody was certainly paying the bill.

And now for the vicious cycle I mentioned.

Tell me again: Who are the job creators?

There was a documentary making the rounds a couple of years ago called "Inequality for All." In it, left-leaning economist Robert Reich illustrates the growing income inequality in this country and the potential ramifications it has on the overall health of our economy and jobs.

One of the people interviewed in the movie is a very successful investor and entrepreneur who owns, among other things, a clothing factory. One of the things he said stuck with me. To very loosely paraphrase: "There's a lot of talk these days about penalizing the job creators in this country with higher taxes. But job creators aren't people like me. Jobs are created by our customers. And if our customers aren't paid enough at their jobs to buy the output of my company's jobs, I'll be out of business."

So here's the real point when it comes to income equality: How much a CEO makes is none of my business. Until, that is, the concentration of income growth at the top results in regular working people who are too poor to be able to click on the ads on my website, buy the shoes in your store or purchase the car your neighbor manufactures.

That's when we all lose, and why income inequality matters.

Then there's the moral outrage

You can't honestly discuss income inequality — or at least I can't — without at least mentioning the absurdity of all this.

I'm a staunch capitalist, as well as the CEO of this small company. Do I deserve more than those I employ? You bet I do. Unlike the CEOs of major U.S. companies, I started this one with my personal savings and took 100 percent of the startup risk. I've also gone unpaid so those I work with didn't have to.

And yet, although I'm a CEO, as well as a proud member of the 1 percent, I'd chop off my own foot with a dull ax before I paid myself millions of dollars while paying a relative pittance to the other people responsible for this company's success.

Paying anyone 354 times more than the people they work with isn't capitalism. It's greed. It's stupidity. And it's only possible in America's biggest companies because different rules apply in the executive suite and on the factory floor.

What do you think?

Like any complex issue, this one is multifaceted. But I'd urge you, and bkp100, to consider both sides of this interesting argument before leaping to a conclusion that may undermine your own best interests.

What's income inequality and why does it matter?

More on AOL
How to ace salary negotiation, in 15 steps
Sources: Target increases minimum wage to $10 an hour
10 ways to be instantly better at work