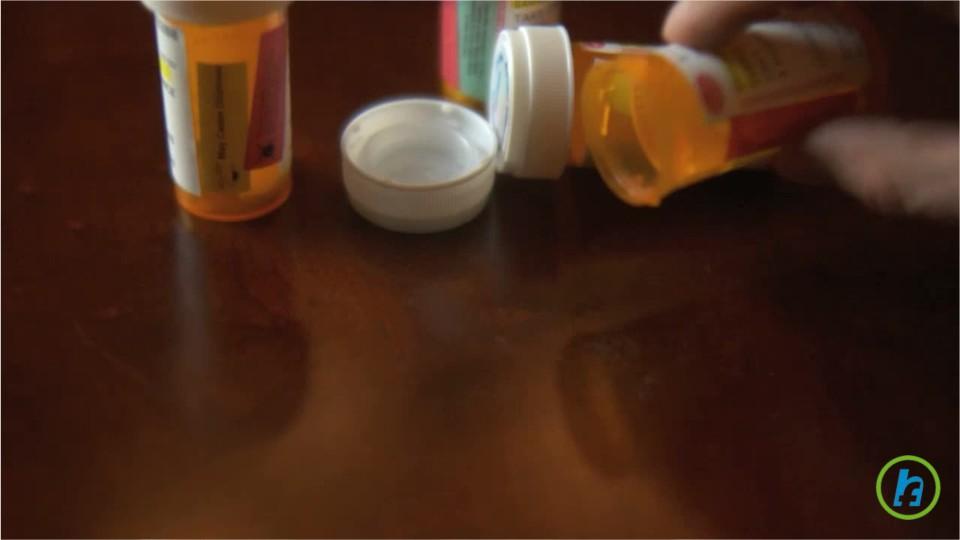 If drug addiction is a disease like cancer or Alzheimer's, how do you explain the seemingly amoral behavior — the lying, cheating, and hiding — that's come to be linked with so many addicts?

The answer is far simpler than you might think, at least according to neuroscience journalist and author Maia Szalavitz, whose new book, "Unbroken Brain," throws water on most of the modern assumptions that plague our understanding of drug and alcohol addiction.

Addiction, she writes, is not a disease like cancer. But it's not a moral failing, either.

Instead she proposes it's a learning disorder, much like ADHD, and needs to be treated as such. This treatment regimen would vary based on the individual, but could include things like cognitive behavioral therapy (CBT), a form of psychotherapy in which the therapist and patient work together to swap unhealthy, learned though patterns with more constructive ways of thinking, and potentially medication.

Seem like a radical idea? Turns out, numerous experts — from neuroscientists to economists to psychiatrists (not to mention several peer-reviewed scientific studies) — agree with her. And they have for more than a decade.

Treating addiction as either a disease like cancer or a moral failing based on someone's character defects, then, doesn't work. Instead, addiction is a learned behavior that often results in measurable changes to the brain. And this could revolutionize not only how we see addicts and addiction but also how we treat it.

How we came to we see addiction as a moral failing

When most of us think about addiction, we focus on one set of its symptoms — the behavioral changes many addicts display like failing to keep commitments, stealing drugs when they can no longer afford them, doing them in secret, and isolating themselves from family and friends.

But we've ignored the real causes.

"Scientists think it's nuts to frame [the idea of addiction as a learning disorder] as new but most of the public has no idea and it's been framed to the public as a disease — so when you think disease, you think cancer and Alzheimer's — but then they see how people with addictions behave and they think, 'Well, that doesn't fit,'" said Szalavitz.

"So on the one hand we're calling it a disease," Szalavitz adds, "but then we're treating it as a sin. And that doesn't make sense." There are several reasons for this, Szalavitz writes in her book. A cult named Synanon, for example, which is now credited with spawning the "tough love" movement, focused on publicly shaming and humiliating its members who were addicted to drugs or alcohol. This focus on defects of character, says Szalavitz, is "not exactly helpful for someone who already has a lot of self-hatred."

All of these approaches may be helpful to some people, says Szalavitz. And they have undoubtedly changed the lives of many people for the better. Multiple people I spoke with for this story said that if it were not for the program of Alcoholics Anonymous, they would assuredly be dead. The problem with these approaches, argues Szalavitz, is that they're not medical approaches, and addiction is a medical problem — a learning disorder — which needs a medical solution. This would ideally involve doctors and trained psychiatrists and psychologists as well as support groups.

"Self-help should be self-help and treatment should be treatment. Your oncologist is not your breast cancer support group," said Szalavitz.

"Self-help should be self-help and treatment should be treatment. Your oncologist is not your breast cancer support group."

Addiction is a learning disorder like ADHD, and changing our understanding of it is a matter of life and death

A 2004 paper in the journal Nature suggested that addiction was a learning disorder, meaning it was a behavior that was learned, perhaps as a coping mechanism, and resulted in fundamental changes to the brain wiring of people who are addicted.

From the paper's abstract [emphasis ours]:

"Drug addiction manifests as a compulsive drive to take a drug despite serious adverse consequences. This aberrant behavior has traditionally been viewed as bad 'choices' that are made voluntarily by the addict. However, recent studies have shown that repeated drug use leads to long-lasting changes in the brain that undermine voluntary control. This, combined with new knowledge of how environmental, genetic and developmental factors contribute to addiction, should bring about changes in our approach to the prevention and treatment of addiction."

For many addicts, the problem is that their behavior of using eventually stops working its magic. Yet the compulsion to use remains, so they try something stronger. That's what happened to Szalavitz, who battled addiction for years. The experience of Szalavitz, who used cocaine and heroin for years, describes an insatiable craving for cocaine, for example, even when she knew injecting herself with the drug no longer provided any trace of benefits. She described watching the world around her — her studies at Columbia University, which she'd dreamed of attending since she was a child, two parents that supported and loved her — began to crumble. Yet she kept using.

A 2005 paper in the Journal of the Experimental Analysis of Behavior journal sheds light on why this happens.

In it, University of Michigan pharmacologist Gail Winger and her colleagues argue that drug addiction is a behavioral disorder, since it involves what looks like "choosing" a drug over other potential options (though the matter of choice in this matter is also hotly debated), "perhaps because the drug is a more potent reinforcer relative to competing reinforcers in the addict's life."

In other words, contrary to the long-ingrained notion that Szalavitz continued to use because she liked the effects the drugs produced, she, like many addicts, used because she'd learned that using would help her feel OK in the world. She describes being constantly overwhelmed by colors and sounds as a child, for example, and struggling to form friendships or even feel safe and loved despite being surrounded by loving family.

But when she found drugs as an adolescent, they helped to ease all of these difficulties. They helped "lower the volume," Szalavitz said. Here's the problem: Using worked for her — primarily during years when her adolescent brain was literally being remodeled and shaped for adulthood. And for many addicts, by the time the drug stops working, the brain has already decided that it needs to use, despite plenty of evidence (and perhaps even a few interventions) to the contrary.

"Longitudinal investigations of individuals going through the period between childhood and adulthood reveal that there is a remodeling of the brain that starts often just before the teen years begin and continues well into the mid-twenties," Dr. Dan Siegel, a clinical professor of psychiatry at the University of California, Los Angeles' School of Medicine, writes in a blog post for Psychology Today.

Essentially, this means that for some people, behaviors that are learned between these two life phases are far more likely to stick, especially when such behaviors had positive outcomes at one point.

One recovering alcoholic I spoke to said this about her drinking habit, which eventually left her in jail with no money and no family to call: "I firmly believe that alcohol saved my life. It just stopped working." For years of her teenage life, she was incredibly uncomfortable in social situations. She was overwhelmed at parties and couldn't seem to hold onto any friends. Then she found alcohol, and her problems seemed to lift. She was finally able to carry on a conversation. Everything was easier. She felt comfortable in her own skin. "I had arrived," she told me.

But eventually the substance — in her case alcohol — stopped working. This is where seeing drug addiction as a disease or as a moral failing falls dramatically and tragically short. And a new approach is needed.

"In actuality [addiction] is a form of pathologic learning," says Szalavitz. "With addiction overwhelming changes occur in the brain region involving areas that evolved for things like love and sex and feeding. All these things that are fundamental to reproduction," says Szalavitz.

That means that addiction will create what Szalavitz calls "very powerful drives" — strong desires to take the drug repeatedly even if it's not providing any pleasant effects. But it doesn't make addicts totally powerless either.

"We've just been getting this completely backwards, by failing to address the role of learning. If you want to call it a disease, the kind of disease it is is a learning disease."

This has been proven time and time again with things like clean needle exchanges, where providing addicts with access to sterile needles has resulted in dramatically reduced rates of diseases like HIV/AIDS. "The way it's been framed as a disease is people can't control anything about themselves — they wouldn't use clean needles or try to protect their health in any way, but that's been proven false with things like needle exchanges."

"The bottom line in terms of this is that we know people with addiction have a skewed decision-making system, but they don't have no free will," said Szalavitz.