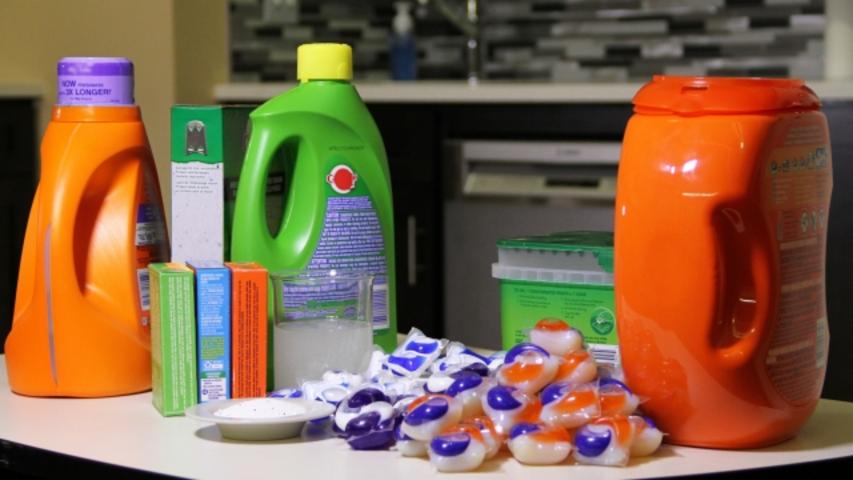 While it's true laundry pods are far more convenient than traditional detergent — you just drop one into your washing machine and go on about your day — some parents are learning that convenience comes at a very high cost.

Despite their time-saving capabilities, the pretty pods have a serious problem: In the eyes of a child, they can appear as if they might be tasty. They are also more heavily concentrated than traditional detergent.

The combination of those two factors has lead to the sickening and even deaths of thousands of children across the United States who end up consuming them.

The first comprehensive study on the dangers of laundry pods, published in the journal Pediatrics, found that 17,230 children younger than 6 years old -- an average of one child every hour -- swallowed, inhaled or suffered skin or eye injuries from the pods between 2012 and 2013.

The study, conducted by researchers at Nationwide Children's Hospital in Columbus, Ohio, found 769 children in the U.S. were hospitalized and one child died after ingesting a laundry detergent pod.

Thirty of the children went into comas and 12 suffered seizures.

"We live in a world that has been designed by adults for the convenience of adults," said Dr. Gary Smith, director of the Center for Injury Research and Policy at Nationwide Children's Hospital. "It's not until we start to see the serious consequences or unfortunately even deaths of children before we react."

"As soon as they pop that container, it squirts into the back of their throat, and the game is over." Dr. Gary Smith

"Every 45 minutes in this country, a child is exposed and a call is made to a poison control center because of an exposure to a laundry detergent packet," Dr. Smith said. "We've even had two deaths in the last two years. ... That never occurred in the two decades that I've seen children prior to that due to traditional laundry detergent."

Consumer safety groups have started warning that laundry detergent packets could be easily eaten by children who might mistake them for candy. In 2013, a 7-month-old boy died in Florida after eating a packet of All detergent.

More than 5,000 children have been sickened by the convenient products since they appeared on the market, according to the American Association of Poison Control Centers.

In response to the injuries, makers of laundry pods have tried to make them safer; in September 2015, the companies voluntarily agreed on a set of safety standards.

The researchers say they're keeping a close eye on how the new regulations affect the number of exposures.

Dr. Smith recommends parents opt for traditional laundry detergent — the study found it to be far safer than laundry pods. If you do choose to use laundry pods, he recommends keeping them out of children's sight -- and he is not the only one.

The non-profit organization Consumer Reports said in a 2015 report that it was dropping the single-use packets from its list of recommended detergents. It also said they should never be used in households where young children live or visit.

"If those numbers don't go down, that voluntary standard either needs to be strengthened," said Dr. Smith, "or these products simply need to be taken off the market."

More on the dangers of detergent pods:

More from AOL.com:
A mass murderer responsible for killing 77 people in Norway just won part of a human-rights case against the government
Why retirees are moving again
The future of Coca-Cola and Pepsi depends on this unexpected beverage