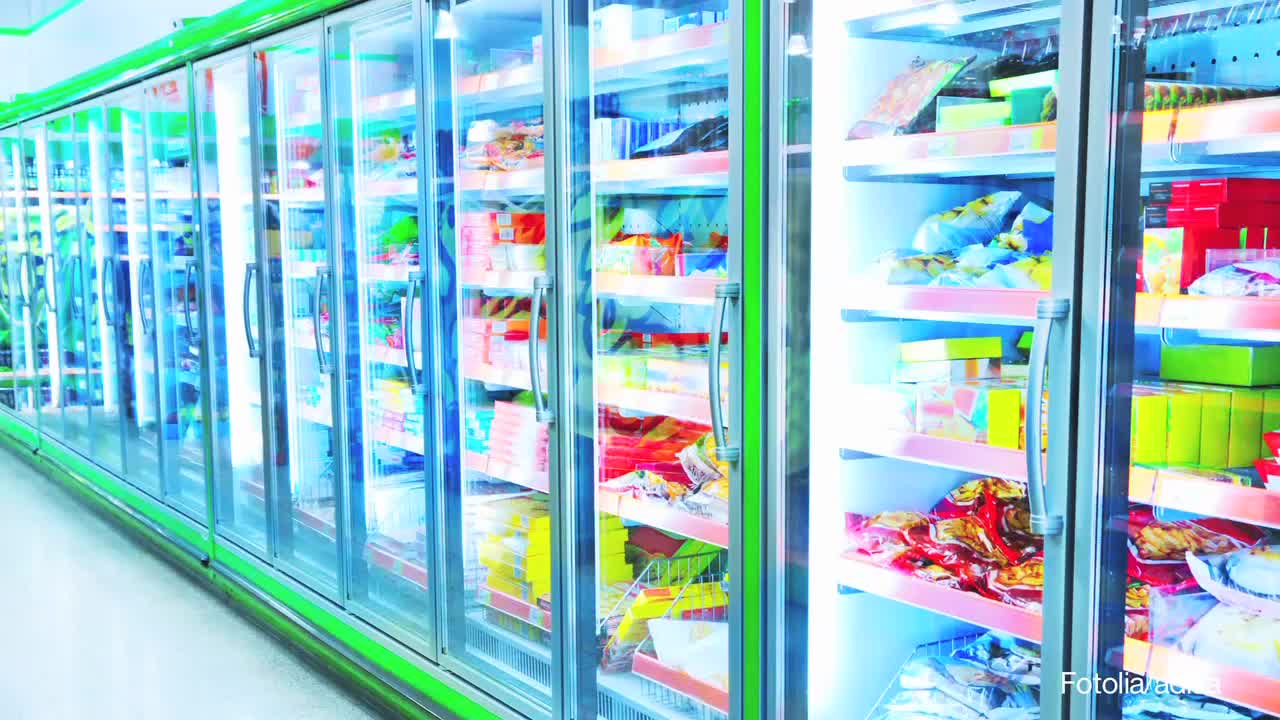 The average American spends $151 on food every week. But what if there was a way to slash that spending — and we're talking dramatically — down to roughly $40 per person per week? Would you do it? It really is possible to cut your monthly food budget and still eat well, and healthily, but you're going to have to work for it. You're going to have to cook.

If that seems like a challenge, consider it instead an opportunity to learn a new skill while you beef up your emergency fund, pay off your credit card debt or student loan debt, or just free yourself up to spend elsewhere. So, if you're ready to pocket some serious cash, here are some breakfast, lunch and dinner ideas that you can use to spend $6 or less per day, per person.

Skip the processed cereals and buy oats. Yes, cereal is cheap and convenient, but with just a tiny bit of effort you can save enormous amounts of money. The average box of cereal costs roughly $3 per pound. Compare that to rolled oats, which you can buy online for $65.89 for a 50-pound bag, or roughly 75 cents per pound. That's enough for 533 one-half-cup servings at 1.5 oz, which works out to 12 cents per serving. Yep. That's why you can "splurge" with some much more expensive fresh fruits, nuts, milk of your choice and even maple syrup and still keep the cost well below $1 per serving. To keep this simple, though, we'll cost out just oatmeal, sugar and milk, for a total breakfast cost of just 15.75 cents.

Don't have time to make oatmeal every morning? Make it ahead. Want to mix it up a bit? Try some bircher muesli. It's delicious.

Click through the slideshow for the best diet on every budget:

How to eat for less than $6 a day
Named U.S. News and World Report's best overall diet for four years in a row, this diet is definitely worth investigating. The DASH Diet integrates whole grain foods, fruits, vegetables, low- or non-fat dairy and fish or poultry, while limiting high-fat foods, salt and red meat. While fresh fruits and vegetable will cost you, cutting most red meat from you diet will make this diet wallet-friendly.
While the Paleo diet (eating like our ancestors did) isn't usually thought to be a low-price option, there are some simple ways you can do it on the cheap. Paleo Diet Lifestyle recommends buying products like olive oil in bulk, choosing cheap cuts and buying bone-in meats and buying whole or canned fish.
Traditional Mediterranean diets are proven to be incredible for your health! Even better, according to LearnVest, if you choose an inexpensive olive oil and stay away from the pricier varieties of products like tuna steak and chardonnay, you can expect to keep your bill within reason.
People often report feeling better, mentally and physically, after giving up gluten. This diet can be affordable if you follow one rule: eat foods that are naturally free of gluten. Products made specifically for gluten-free diets are often pricey. Opt for frozen or in-season fruits and veggies to keep produce prices low.
LearnVest calls the vegan diet "a steal" if done smartly. Be sure to cook for yourself rather than buy expensive prepared vegan cuisine. You can also find tofu for just half the price of ground beef per pound.

The Atkins diet helps dieters lose weight by cutting carbs from their diets. To make this protein-rich diet budget-friendly, try underrated cuts such as chuck and sirloin, always buy whole chickens and experiment with pork.

This government-endorsed diet centers around lowering cholesterol and begins with setting calorie goals. These calorie levels and limits on dietary cholesterol should curb overeating and help keep you within your budget. Cutting fatty meats can also help your bill.
The flexitarian diet closely resembles a vegetarian diet, but when a craving for meat strikes, they indulge. Flexitarians not only weigh 15 percent less than carnivores, but they also save money by spending less on pricey meat.
Number nine on U.S. News and World Report's best overall diets, the Ornish diet focuses on the overarching way you eat, exercise and live rather than on the specifics of your diet. Since the diet is so individualized, most of the time, it can work with any budget. Still, planning ahead and buying in bulk can keep costs down.
This trusted diet can help you shed between 6 and 10 pounds in two weeks and 1 to 2 pounds each week after until you reach your goal. The diet concept is split into two concepts, "Lose It" and "Live It." Dieters are discouraged from dining out during the "Lose It" stage and encouraged to cook at home, keeping your wallet happy.
Up Next

The rule here is pack it, pack it, pack it. Eating out at lunch is a money suck. Whether it's a $4 sandwich or a $10 Chinese buffet, it can add up fast when you're trying to save money or pay off debt. Try making some steamer bowls instead. You can make these ahead and save a ton of money in the process (and they can be a great way to use dinner leftovers). Just layer the following in a microwavable bowl and you've got a cheap, fast and healthy lunch.

You can have a lot of fun playing around with the flavors here. Think Mexican and go with rice, black beans, corn, broccoli, zucchini, red peppers, diced chicken, salsa and cilantro. Or go the Asian-fusion route with rice, edamame, broccoli, snow peas, mint, cilantro, basil and a miso dressing.

You could even make a curry dressing and give the dish an Indian influence. Whatever flavors you choose, you should be able to keep your lunch cost at or below $2.00. Here's the breakdown:

Cooking large one-pot dinners or big servings of pasta and freezing smaller portions to eat during the week can be a huge time saver and also give you some flexibility on what you eat. It's also often cheaper to cook in quantity, so get out the big pots and make your dinner ahead for the week.

There are a ton of recipes out there, but some healthy and inexpensive favorites are coq au vin, beef stew, Indian curries and spaghetti and meat sauce. You should be able to stay below $3.00 per serving for dinner, though coq au vin will cost you $3.60 because of the wine. Let's break down the cost for coq au vin:

We're not going to suggest you forego coffee or tea or other beverages, certainly, or snacks even. Coffee brewed at home costs about 25 cents a cup, as does an 8-oz glass of milk. Tea is significantly less expensive at just 1-3 cents per bag.

If you need a snack between meals, fresh fruit is a great, inexpensive go-to. Bananas cost about 25 cents apiece, and a handful of nuts can cost less than 50 cents. Buy nuts in bulk for the best prices. Strictly adhering to a budget plan will allow you to eventually start saving money, pay down bills, consolidate debt and reach your financial goals. A sound management plan can also efficiently subsidize your food budget plan for alleviating debt.

RELATED: 12 foods you didn't know you could freeze

12 PHOTOS
Foods you didn't know you could freeze
See Gallery

Homemade pudding and ice cream call for lots of yolks -- good thing you can freeze the orphaned whites for up to 12 months. Turn them into coconut macaroons, angel food cake or even marshmallows. For best results, thaw them overnight in the refrigerator. Just keep in mind that frozen whites don't always whip up to a foam as well as fresh ones.

Brown-baggers, rejoice: Both unopened and opened packages of lunchmeat will keep for up to 2 months in the freezer.

You've probably frozen a loaf before, but did you realize you don't need to thaw it before eating it? Sliced sandwich bread is good for 3 months in the freezer, and revives quickly in the toaster -- making the freezer a better storage option than the fridge, which can dry bread out. Even a good baguette will last for 1 month in the freezer. Sprinkle it with a little water and bring it back to life in a warm oven.

After 2 weeks at room temperature, the oils in some nuts can start to go bad. Freezing slows their decline. Just make sure you keep what you're planning to use immediately in the fridge; repeatedly opening and closing the bag in the freezer will introduce moisture and the potential for contamination.

Accidentally buy a carton right before you're about to go out of town? You can freeze milk for up to 3 months.

Just like nuts, whole-wheat flour contains oils that can go bad at room temperature. It'll keep in the freezer for up to 2 years.

Pantry staples like quinoa, farro and bulgur last for up to 3 months at room temperature, which is plenty of time for most people work through their supply. But if you have extra packages, sock them away in the freezer for up to 6 months.

A vacuum-sealed package of salmon (or trout or mackerel) is good for 2 months in the freezer. And hey, so are bagels -- instant brunch for days!

The texture will become much denser, but you can freeze tofu for up to 5 months to make smoothies or braises.

If you've got too much for your coffee, it'll be good for up to 4 months in the freezer. However, you can't say the same of heavy cream, which doesn't hold up well in freezing temps.

Yes, you can freeze them, so long as you let them thaw fully in the fridge (not the microwave) before using.