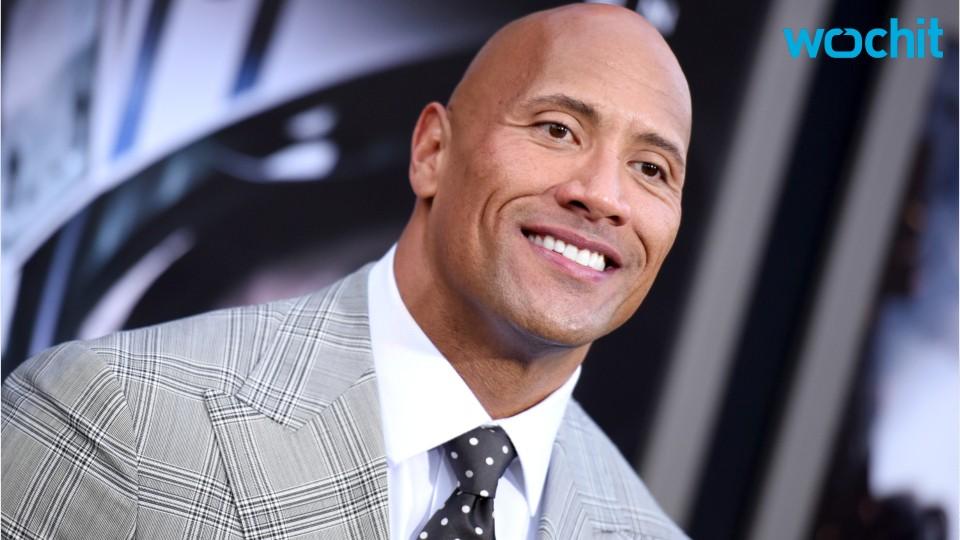 Dwayne Johnson will be rolling the dice for the Jumanji reboot, hoping for a five or an eight.

Jake Kasdan will direct Sony Pictures remake, which will take a new look at the Chris Van Allsburg book in a script written by Scott Rosenberg and Jeff Pinkner, based on a draft by the original writers, Chris McKenna and Erik Sommers.

The 1995 original movie starred the late Robin Williams as the freed jungle dweller who must work to win the magical board game that locked him away in a the jungle.

Johnson will next be seen in Central Intelligence, where he will star oppositeKevin Hart, who is also rumored to be joining the Jumanji remake.

He also has numerous project in production and pre-production, including the Baywatch movie, Fast 8 and Shazam!.

He is repped by WME and Gang Tyre.

It's OFFICIAL: Love this script! Big movie news that me and my canine gal Shang are excited to share;) To produce, create and deliver original properties to fans like HBO's #ballers to this summer's #CentralIntelligence is one of the best parts of my job. But to take great properties that are beloved worldwide like #BAYWATCH and #RAMPAGE and have the opportunity reimagine their stories in dope new ways to a whole new generation is truly an honor. It's official. We'll produce and deliver to a whole new generation a title that I love and is one of my all time favs: There's games you play for fun... then there's games that change your life. JUMANJI Working on edging up an already very good script with my @sevenbucksprod team. Up next is meeting with our producer Matt Tolmach and director Jake Kasdan. Shooting starts this fall. Promise to deliver something cool and special.. and not screw the whole damn thing up;). As always I'll keep you posted. Casting this should be fun! #JUMANJI #JungleLife #JustPressStart #SONYPictures

Check out more from the Rock in the gallery below!

More on AOL Entertainment:
J.K. Rowling gave fans a behind the scenes look at 'Cursed Child' and we are trying to stay calm
'GMA' loses viewers as ABC waits for Michael Strahan to shake up mornings
Chelsea Handler explains why she continually posts nude photos of herself
Tags
Read Full Story