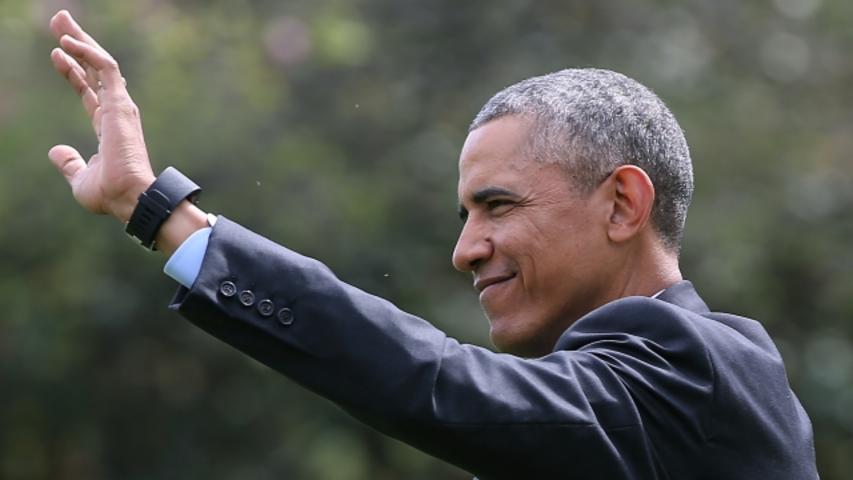 President Barack Obama landed in Saudi Arabia on Wednesday, but his welcome crew at the airport probably wasn't what he expected.

Saudi Arabia's King Salman didn't greet the president at the airport, nor did any senior members of the royal family. Instead, he was greeted by the local governor.

SEE ALSO: UNHCR: Up to 500 migrants might have drowned in Mediterranean tragedy

"These two leaders have been drifting apart, have dissimilar doctrines and strategically view things in a much different light. And that is straining everything. And I think what we saw at the airport today is symbolic of that," a CNN international editor said.

Obama did meet with King Salman to kick off his visit to Saudi Arabia. The two leaders discussed a variety of topics, including the fight against ISIS, social challenges in the region and Iran's recent actions.

See photos from the visit:

Most of the Gulf Arab monarchies have in private been sorely disappointed by Obama's presidency, regarding it as a period in which the United States has pulled back from the region, giving more space to their arch rival Iran to expand its influence.

Obama met for two hours with Salman and a group of top princes and officials at the opulent Erga palace, a meeting that had been forecast to be awkward.

Obama was recently quoted in a U.S. magazine interview commenting on the "complicated" nature of the U.S.-Saudi relationship, and describing some some Gulf and European states as "free riders" who called for U.S. action without doing enough themselves.

This is Obama's fourth trip to the country. He hosted King Salman at the White House in September of last year.