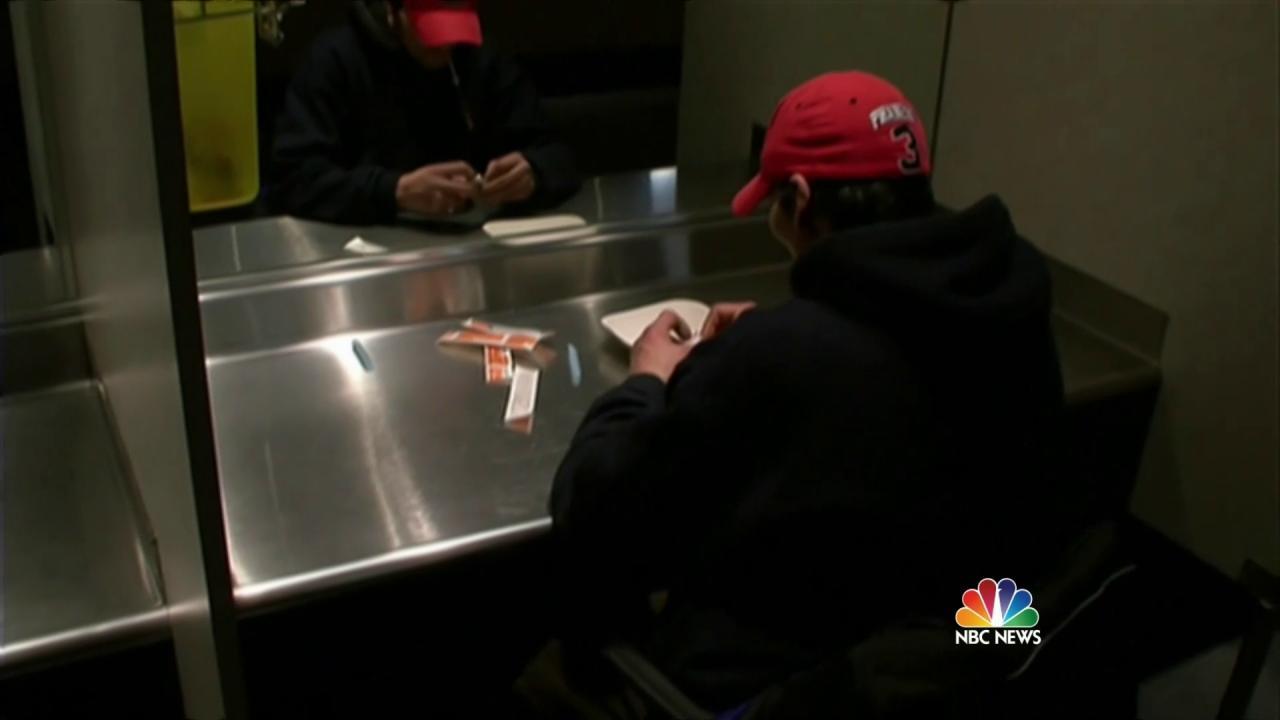 In response to the nationwide heroin epidemic, some lawmakers are pressing to open controversial supervised facilities where addicts can shoot up more safely.

The Centers for Disease Control and Prevention says heroin-related overdose deaths increased 286 percent nationwide between 2002 and 2013. In New York, California and Washington state, lawmakers and advocates are not satisfied that increased funding for drug treatment centers is enough to solve the problem.

More from U.S. News: 7 Exercises Men Should Do Every Day

In Ithaca, New York, Mayor Svante Myrick is the son of an addict. His firsthand experience with addiction deeply informed his assessment of drug policy.

"As a mayor, I watched a system that does not currently work to get people better and to make people healthy," Myrick said.

So in 2014 he formed a 45-person committee of healthcare professionals, law enforcement officials and business owners to find a solution. After seeing their recommendations in November, Myrick said he was convinced the most effective response to the heroin epidemic would be to open supervised injection facilities.

RELATED: Opioid Addiction has reached crisis level in the US

Many in the drug treatment community blame the widespread prescription of opioid painkillers for the resurgence in heroin use in the U.S. over the last 10 years. People addicted to painkillers often eventually choose the cheaper alternative – heroin.

Supervised injection facilities could be an alternative to long-term incarceration or traditional addiction treatment; there are almost 100 of them worldwide.

The idea is to permit drug addicts to use illicit substances under the supervision and care of trained medical professionals. The centers do not provide the drugs or admit people already under the influence.

Since Myrick announced his plan in February, he's found a major sponsor in New York Assemblywoman Linda Rosenthal. The chairwoman of the Alcoholism and Drug Abuse Committee in Albany, Rosenthal is crafting state legislation that Myrick hopes to see introduced this session.

More from U.S. News: After Thousands Turned Away from Polls, NYC Demands Answers

In the same month as Myrick's announcement, California Assemblywoman Susan Talamantes Eggman introduced legislation in the state legislature that would make it legal for local and state health departments to open supervised injection facilities.

"While this bill is not meant to be the panacea for the country's heroin epidemic, it is just one more tool for local health departments to address the rising number of overdose-related deaths," Eggman said.

The California Assembly's Public Safety Committee heard her bill last week, and it could face a vote before the panel later this month, said Eggman's legislative assistant, Logan Hess.

State legislatures are the best places to start with these kinds of bills, said Kelly Dineen, assistant professor of health law and ethics at Saint Louis University.

The bills in question would not equate to broad decriminalization, she said. States can create provisions that would grant immunity to those using illicit substances at injection centers, according to Dineen.

While the federal government has traditionally played a hands-off role in state drug legislation, the injection centers, if established, could be subject to federal intervention, she added.

"The overarching concern is even at the state level, if you have a law expressly allowing these kinds of facilities, the fact is the text of the Controlled Substances Act still makes it a crime," Dineen said.

One section of the federal law says it's unlawful to knowingly open a facility for the purpose of using any controlled substance, she explained.

Successfully establishing a supervised injection facility would require an agreement between the state, and federal law enforcement that the U.S. government would not prosecute.

However, "if you have an aggressive DEA and federal prosecutors, they could in theory use that law to bring charges," Dineen added.

In Seattle, however, proponents aren't waiting for any approval from government. Local supporters of supervised injection facilities are moving ahead without the local, state, or federal legislation that would make their center legal.

Shilo Murphy, executive director of the People's Harm Reduction Alliance, said he thinks he has the support of the broader community in Seattle.

"There is very little to no opposition to us doing this. Everyone wants this to happen. Everyone is looking into this," Murphy said in a phone interview.

Supervised injection facilities are the latest in a list of experimental strategies, including clean needle exchanges and use of the overdose-obstructing drug naloxone, also known as Narcan. But such strategies are not embraced by everyone.

In Maryland, Gimbel says "things like Narcan, needle exchange and injection sites – they're ridiculous because all you're doing is feeding what drives the addict." Gimbel, who described himself as a former heroin addict, added, "They're never, ever going to want to stop."

And just because heroin addicts occasionally use these permissible facilities, doesn't mean they are not also injecting dangerously outside them, said Calvina Fay, executive director of Drug Free America Foundation.

While advocates of injection facilities say they understand these concerns, independent investigations in Australia and Canada, where centers already exist, have produced positive results.

"We were set up as a research trial when we first opened. And I think that was perfectly reasonable," said Dr. Marianne Jauncey, the medical director of the Sydney Medically Supervised Injecting Center. "If it was going to lead to an increase in deaths, or discarded needles, or an increase in drug taking, or increased crime, we would have stopped."

In the 15 years since its establishment, there has never been a death from drug overdose in the center, because trained medical staff is there to react immediately, Jauncey said in a telephone interview.

But Fay said supervised injection facilities encourage societal approval of drugs and would only exacerbate the problem.

In Ithaca, Mayor Myrick said the time is right time for U.S. lawmakers to consider legislation that would lead to opening supervised injection facilities.

"I think because the epidemic has reached such a new, huge proportion of people, folks are looking for answers," he said. "I do think that if we're the first, we'll be just the first of many."

More from AOL.com:
The state hardest hit by the opioid crisis thinks it has a solution
Family describes the horror of fatal fentanyl-heroin overdose
Canada plans marijuana decriminalization by spring 2017: Minister