Why this sign on back door of LA restaurant went viral 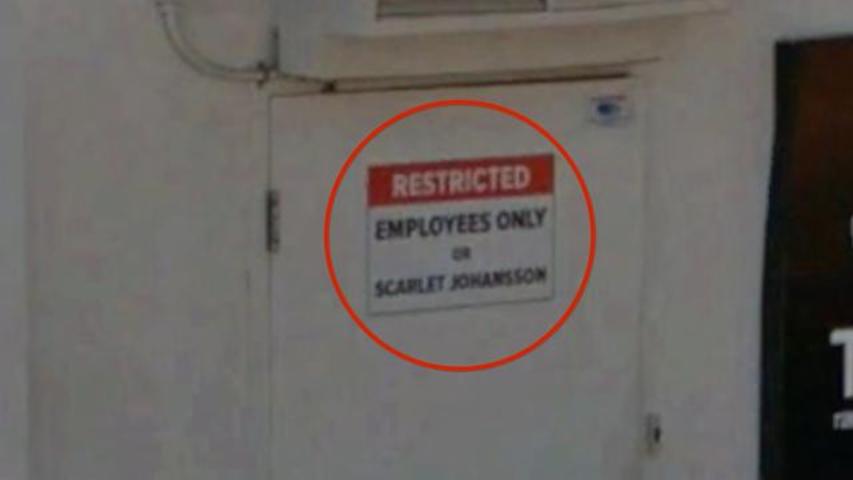 Many restaurants have signs on their back doors, but one in particular has taken Reddit by storm.

It hangs on the alley entrance to LA's Tatsu Ramen restaurant and reads, "Restricted, Employees Only or Scarlet Johansson."

Many have gotten a chuckle out of it, imagining what would happen if the actress really did swing the door open and breeze in.

Others wonder how the special privilege being extended to Ms. Johansson affects the feelings of other celebs.

Notably, the star's first name is misspelled, an error that has not gone unnoticed by Internet users who are particularly sensitive to such matters.

See Scarlett Johansson through the years:

More from AOL.com:
Vine comedian Mikaela Long reveals her favorite emoji, how long it takes her to film those 6-second clips, and more
'Game of Thrones' opening credits look stunning in 360 video
13 convincing reasons to unplug from social media