The Peyton Manning drug scandal just got even weirder 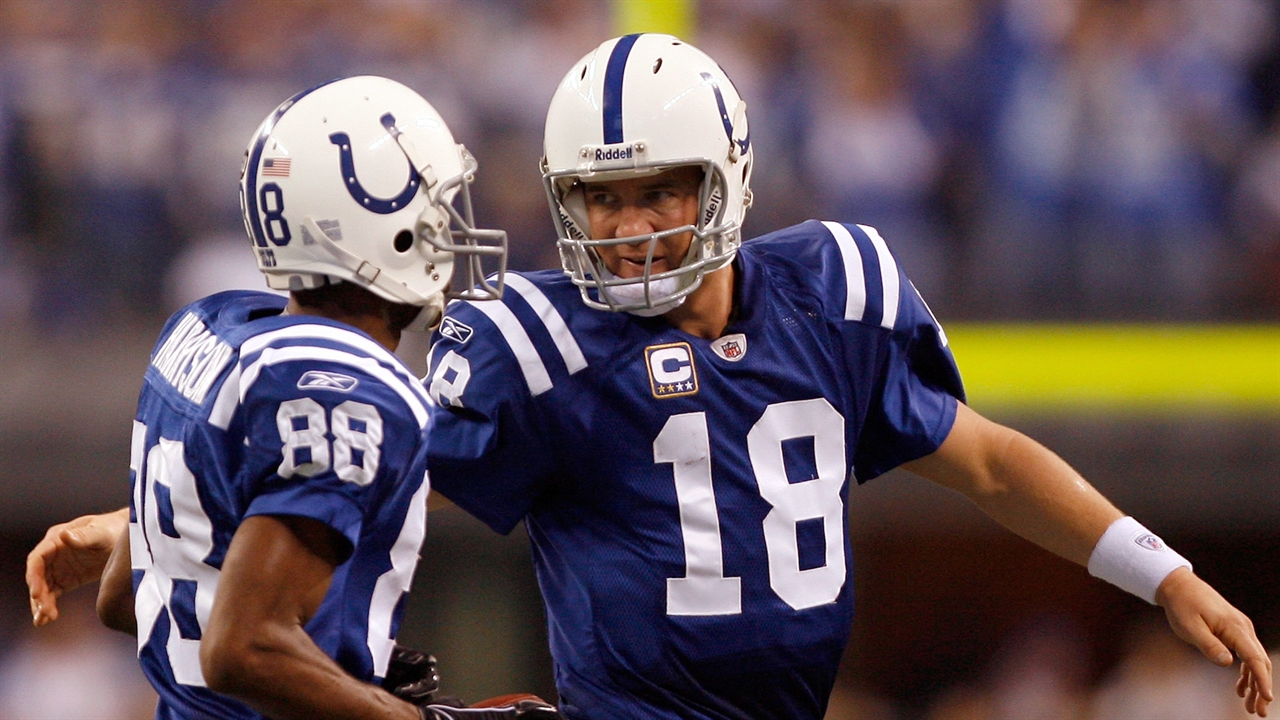 The U.S. Anti-Doping Agency's ongoing investigation of the clinic that sent human growth hormones to Peyton Manning's wife has landed on a new target: Charles Sly's fiancé, Karen Lopez-Bartlett, a nurse practitioner who committed suicide a few months prior to the airing of Al Jazeera's report, an anti-doping official told the New York Times.

If you recall, Sly, a pharmacist working at the Guyer Institute in Indianapolis, was the central figure in the December broadcast, bragging to Al Jazeera's undercover operative, Liam Collins, that he'd acquired and distributed performance enhancing drugs to a slew of professional athletes in the NFL and MLB, including current major leaguers Ryan Howard and Ryan Zimmerman. (Both Howard and Zimmerman are suing Al Jazeera for defamation.)

But the biggest fish Al Jazeera snagged was Manning, who allegedly received HGH as he worked to come back from a potentially career-ending neck injury.

"Him [Manning] and his wife would come in after hours and get IVs and shit," Sly was surreptitiously recorded saying. "So one thing that Guyer does is he dispenses drugs out of his office, which physicians can do in the United States. It's just not very many of them do it. And all the time we would be sending Ashley Manning drugs. Like growth hormone, all the time, everywhere, Florida. And it would never be under Peyton's name. It would always be under her name."

Manning vociferously denied ever using a banned substance, and Sly himself took to YouTube to recant everything he said to Al Jazeera. Additionally, Manning inked ex-George W. Bush spinmaster Ari Fleischer to deal with the fallout, and has been conducting his own personal, private investigation, going so far as to send a few beefy-necked friends of his to Sly's parents' house for a friendly chat.

The Peyton Manning drug scandal just got even weirder
PITTSBURGH, PA - DECEMBER 20: Peyton Manning (18) of the Denver Broncos watches the action from the sidelines against the Pittsburgh Steelers during the first half of play at Heinz Field. The Pittsburgh Steelers hosted the Denver Broncos on Sunday, December 20, 2015. (Photo by AAron Ontiveroz/The Denver Post via Getty Images)
GREEN BAY, WI - DECEMBER 28: Mike Neal #96 of the Green Bay Packers looks to the sidelines during the game against the Detroit Lions at Lambeau Field on December 28, 2014 in Green Bay, Wisconsin. The Packers defeated the Lions 30-20. (Photo by Leon Halip/Getty Images)
DETROIT, MI - DECEMBER 3: Inside linebacker Clay Matthews #52 of the Green Bay Packers walks out to the field prior to playing the Detroit Lions at Ford Field on December 3, 2015 in Detroit, Michigan. (Photo by Andrew Weber/Getty Images)
CHARLOTTE, NC - NOVEMBER 8: Julius Peppers #56 of the Green Bay Packers looks on during a NFL game against the Carolina Panthers at Bank Of America Stadium on November 8, 2015 in Charlotte, North Carolina. (Photo by Ronald C. Modra/Sports Imagery/Getty Images)
PITTSBURGH, PA - NOVEMBER 08: James Harrison #92 of the Pittsburgh Steelers walks onto the field before the start of the game against the Oakland Raiders at Heinz Field on November 8, 2015 in Pittsburgh, Pennsylvania. (Photo by Justin K. Aller/Getty Images)
PORT ST. LUCIE, FL - FEBRUARY 26: RY 26: ARY 26: Taylor Teagarden #23 of the New York Mets poses for a portrait during Spring Training photo day at Tradition Field on February 26, 2014 in Port St. Lucie, Florida. (Photo by Chris Trotman/Getty Images)
PHOENIX, AZ - AUGUST 12: Ryan Howard #6 of the Philadelphia Phillies in the dugout during the MLB game against the Arizona Diamondbacks at Chase Field on August 12, 2015 in Phoenix, Arizona. The Phillies defeated the Diamondbacks 7-6. (Photo by Christian Petersen/Getty Images)
ATLANTA, GA - SEPTEMBER 29: Third baseman Ryan Zimmerman #11 of the Washington Nationals sits in the dugout during the game against the Atlanta Braves at Turner Field on September 29, 2015 in Atlanta, Georgia. (Photo by Mike Zarrilli/Getty Images)
Up Next

But if this story hasn't taken enough strange turns, Sly, who couldn't write prescriptions himself, assured Collins that Lopez-Bartlett, his fiancé, still could get the job done, and that he both had a copy of the keys to the holistic medicine clinic in Houston that she ran and could swipe her prescription pad whenever he wanted.

But Sly neglected to mention one small detail: she had already committed suicide via an overdose on sedatives.

Ms. Lopez-Bartlett had killed herself several days before Mr. Collins began secretly interviewing Mr. Sly, though Mr. Sly did not mention her death during several hours of conversations, according to the transcripts.

Mr. Sly told Mr. Collins that he and Ms. Lopez-Bartlett were engaged, according to the transcripts, but that he had misgivings about marriage because it would be a conflict for a husband or a wife to write prescriptions for a spouse.

"She writes a lot of prescriptions," Mr. Sly said, according to a recording of the conversation. "In the U.S., since I have all these deals with the pharmacies, that's a conflict of interest. Big time. And we're making good, good, good money."

Mr. Sly went on to say that it was easier to work with Ms. Lopez-Bartlett because he could tell her specifically how to get prescriptions filled.

"If I can have her in front of me, I can tell her what to say," he told Mr. Collins. "Or I can just communicate it on her behalf."

Sly was so bent on selling himself and his abilities as a PED procurer that he lied about his fiancé's death without batting an eye. Whether that lends any credence to Manning's fervent denials—or Sly's equally insistent denials for that matter—is pretty much anyone's guess at this point.

But what this does show is that prohibition and invasive yet ineffective testing policies will, by definition, force players to deal with criminals and a slew of shady characters that have a flexible relationship (at best) with the truth.

The post The Peyton Manning Drug Scandal Just Got Even Weirder appeared first on Vocativ.

See photos of Manning throughout his career