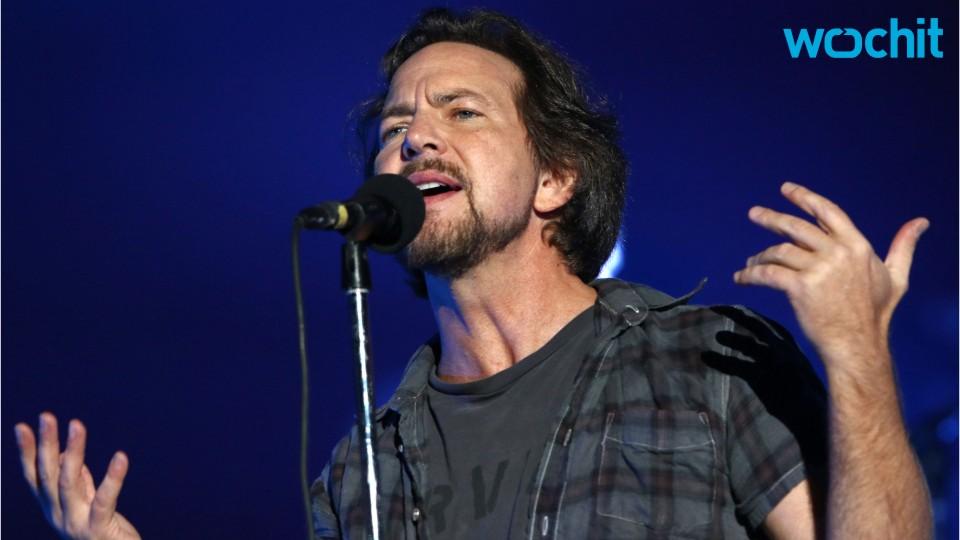 Eddie Vedder will indeed stand with his buddy Bruce Springsteen and join the growing North Carolina boycott. Pearl Jam announced on Monday that their show in Raleigh scheduled for April 20 has been canceled in response to the anti-LGBTQ HB2 law. In a statement, the band calls the law "a despicable piece of legislation that encourages discrimination against an entire group of American citizens." They continue: "The practical implications are expansive and its negative impact upon basic human rights is profound. We want America to be a place where no one can be turned away from a business because of who they love or fired from their job for who they are. It is for this reason that we must take a stand against prejudice, along with other artists and businesses, and join those in North Carolina who are working to oppose HB2 and repair what is currently unacceptable."

Vedder further elaborated at Pearl Jam's concert in Virginia Monday night on why boycotting North Carolina was the best way to protest:

Joining Pearl Jam in protesting the law are Cirque du Soleil and the band Boston, both of which have also canceled upcoming performances in North Carolina. On Friday, Cirque called off shows in Greensboro, Charlotte, and Raleigh with the following message: "Cirque du Soleil strongly believes in diversity and equality for every individual and is opposed to discrimination in any form. The new HB2 legislation passed in North Carolina is an important regression to ensuring human rights for all." On Monday, Boston also canceled its shows in the same three cities, with founder Tom Scholz explaining that "human rights are more important."

Springsteen and Ringo Starr were among the first to cancel shows in North Carolina, while trans and gay artists like Against Me!'s Laura Jane Grace and Brandi Carlile have opted to perform in North Carolina in defiance of the law. Cyndi Lauper recently announced she will be donating all proceeds from her Raleigh concert to Equality North Carolina's fight to get HB2 repealed.

RELATED: See photos of Bruce Springsteen through the years: