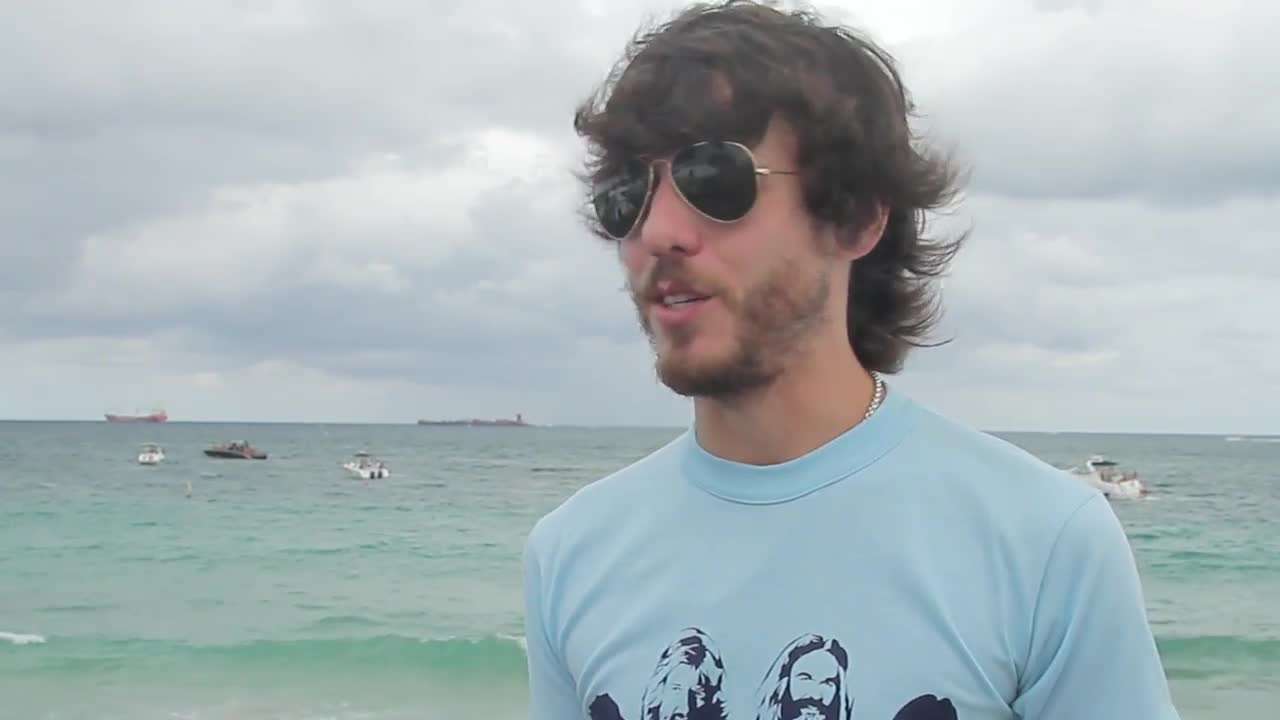 Chris Janson may be new to the music industry, but the country crooner is a seasoned singer, songwriter and storyteller. A true country boy, Missouri born and raised, Janson always brings his southern grit to the stage alongside his refined musical talent.

And although Janson is hitting it big (his song 'Buy Me A Boat' was #1 on the iTunes country chart), it's his his humble beginnings that give him the inspiration to create the music we love so much. He may be playing massive festivals like Tortuga in front of tens of thousands of people now, but he started off playing at a local Missouri establishment for 16 hours a day, just for the love of the music.

"I love being on stage and singing about the things I know," the singer said. "As long as I've got a guitar and a fan to listen, I'll be making music."

There was no better place for a country festival than the sunshine state:


We have all had 'Buy Me A Boat' stuck in our heads since it was released in October. The album of the same name, produced by the legendary Warner Bros. Records debuted October 30, 2015, and was filled with toe-tapping hits. We were lucky enough to get a little preview of the self-taught musician's album at Tortuga Music Festival, where we were not only able to hear him rock out, but we also got the chance to talk to Janson one-on-one.

The food at the festival wasn't half-bad, either:


There was no denying Janson's humble attitude, country twang and unstoppable talent after Tortuga Music Festival 2016!

The Tortuga Music Festival took place next to the picturesque B Ocean Hotel & Resort in Fort Lauderdale. For more information about the hotel, click here.

More from Tortuga:
Country star looks to his troubled past to find songwriting inspiration
Sugarland's Kristian Bush is going solo, and we couldn't be happier
5 Vines that make us want to relive Tortuga Music Festival