'Captain America: Civil War' won't include an actor we expected to see 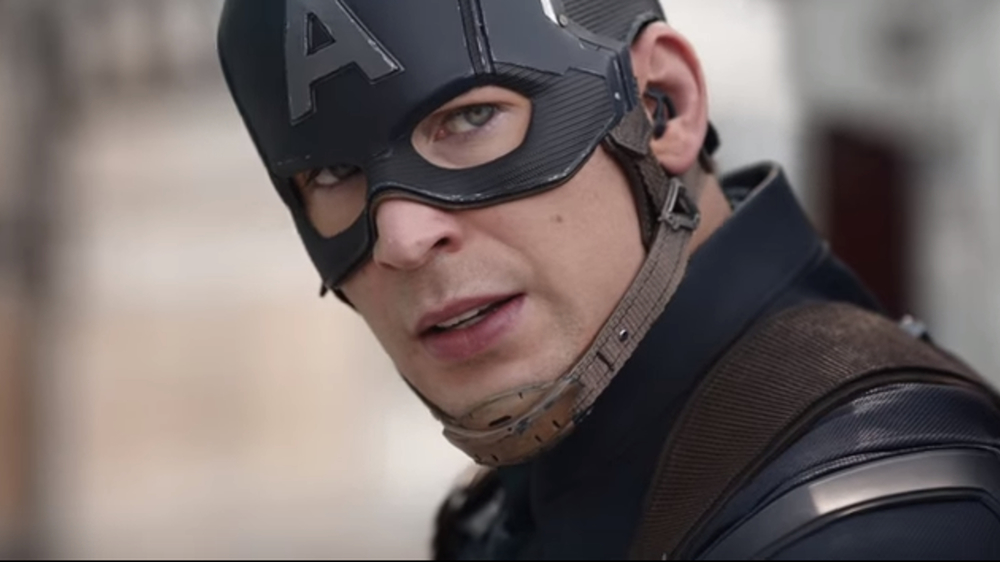 (Spoiler alert: Please don't read this if you don't want to know which actor won't be appearing in "Captain America: Civil War")

Don't bother paging Pepper Potts — Gwyneth Paltrow does not appear in the forthcoming "Captain America: Civil War," despite claims the Oscar winner participated in recent reshoots for the film.

A widely circulated report in February said Paltrow was included in additional scenes, resuming her role as love interest to Robert Downey Jr.'s Tony Stark (and badass in her own right). While she's played Potts in four different films, the actress was never tapped for this particular assemblage, an individual familiar the situation said.

The actors who are present for this go-round include Chris Evans, Scarlett Johansson, Anthony Mackie, new Spider-Man Tom Holland and Paul Rudd.

Gone, however, does not mean forgotten.

When he's not trying to kick the perfect teeth of Evans' Captain America in the latest adventure for the Avengers, Iron Man speaks almost exclusively of Potts — specifically, there's no rest in the kingdom for the billionaire mogul and his smarter right hand. They're on a break. Big time.

"I'm a handful," Stark tells Captain Steve Rogers in one scene (before the bad blood starts to spill), indicating that he hasn't progressed much beyond the obsessive, borderline manic behavior he subjected Potts to in "Iron Man 3."

Early on in "Civil War," Stark addresses a group of grad students at MIT — an engagement that Potts was supposed to attend judging by teleprompter copy that the mogul glosses over in his lady's absence. He is visibly shaken.

"We all need people," Cap writes to Stark in a note, encouraging him to mend fences with his partner in crime. Lest they pop up in the forthcoming "Thor: Ragnarok," they won't get the chance to smooth things over until 2018's next "Avengers" sequel, "Infinity War Part 1."

Paltrow has said numerous times that she's taking an extended break from acting to focus on her lifestyle enterprise Goop, which consists of a weekly newsletter, blog, publishing entity, retail collaborations and a skin care line. She also appeared last year with Johnny Depp in the comedy "Mortdecai."

Check out more from Captain America in the gallery below!

'Captain America: Civil War' won't include an actor we expected to see
MARVEL'S AVENGERS ASSEMBLE - 'Guardians and Space Knights' - When Galactus attacks Earth, Iron Man is able to lead him to another planet but discovers that it is populated and under the protection of the Guardians of the Galaxy. This episode of 'Marvel's Avengers Assemble' premieres Sunday, April 6 (8:00 AM - 8:30 AM, ET/PT) on Marvel Universe on Disney XD. (Disney XD via Getty Images) STAR-LORD, ROCKET RACOON, CAPTAIN AMERICA
NEW YORK, NY - APRIL 01: As a trader looks on, Captain America poses for photographers on the floor of the New York Stock Exchange after ringing the Opening Bell on April 1, 2014 in New York City. Chris Evans and Sebastian Stan, the stars of Captain America: The Winter Soldier, were joined by Marvel Entertainment executives for the promotion of the release of Captain America: The Winter Soldier in theaters. The Dow Jones industrial average and the Nasdaq were both higher in early trading Tuesday. (Photo by Spencer Platt/Getty Images)
Captain America art by Gil Kane at the California Science Center in Los Angeles, CA (Photo by Albert L. Ortega/WireImage)
UNITED STATES - AUGUST 31: A Marvel Heroes frisbee sits on display at Midtown Comics in New York, U.S., on Monday, Aug. 31, 2009. Walt Disney Co. said it agreed to buy Marvel Entertainment Inc. for about $4 billion in a stock and cash transaction, gaining comic-book characters including Iron Man, Spider-Man and Captain America. (Photo by Daniel Acker/Bloomberg via Getty Images)
THE AVENGERS: EARTH'S MIGHTIEST HEROES! - 'The Avengers: Earth's Mightiest Heroes!,' an all-new animated series featuring the best of the best in the Marvel Universe, premieres Wednesday, OCTOBER 20 (8:30 p.m., ET/PT) on Disney XD. Produced by Marvel Animation, the series stars the world's greatest heroes -- Iron Man, Thor, Captain America, The Hulk, Ant-Man/Giant Man and Wasp -- who form the Avengers, a team assembled when the powers of a single hero are not enough to save the world. Photo by Disney XD via Getty Images IRON MAN, CAPTAIN AMERICA, THE HULK, THOR
Up Next