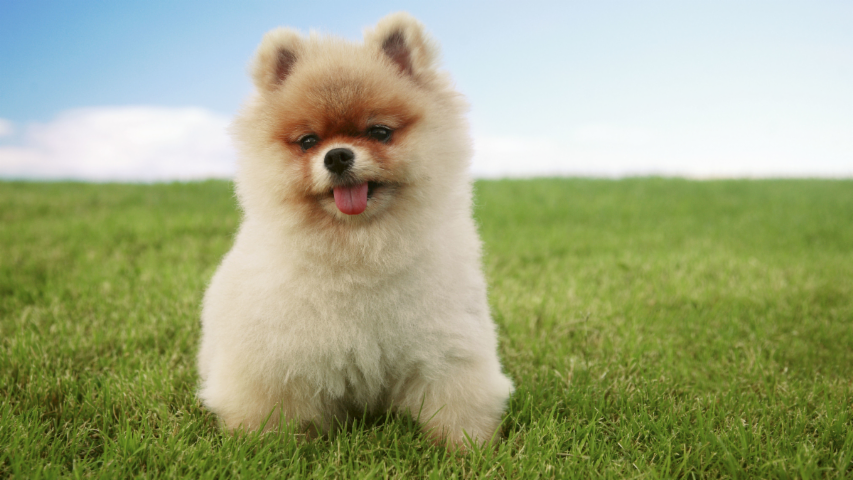 Zeus is a Miniature Poodle and (now retired) service dog to artist Jessica Douglas, who manages PTSD on a daily basis. She frequently experiences hallucinations which make it difficult to determine what is real or not real, and having Zeus at her side was a necessity. He is trained to alert me if I am reacting to things that are not there, and to react to people who ARE there and real so that I can respond normally as though I didn't doubt they were real. He is also trained to stop when I wander away from family/friends in public places, and wait to make sure I give the okay that we're good to leave safe company. But Zeus has one skill he's kept hidden until recently... and that is the potato retrieval. Two years ago, Douglas revealed a particularly sensitive moment one day at home.

Today at therapy was really hard. I was sitting here crying, and generally being miserable, when I felt a nudge at my knee. I looked down to see that Zeus, my service dog, was doing his job... and brought me a potato. Perhaps many of us would enjoy a potato in the form of hash browns, mashed with gravy, or served as cheese fries if we're having a bad day. Douglas added, and we agree: "[I]t is very hard to cry with a gift of potato."

Several months later another photo surfaced, this time with Zeus offering not one, but two potatoes alongside two pill bottles and a container of embossing powder. Poor guy tried everything he could to make Mom feel better. Well, it stopped the tears and certainly gave us a good smile. Zeus has since transitioned to "retired potato-bringing service dog," and Douglas's new full time service dog Tucker has taken over. Little does the new guy know, he's got some pretty adorable shoes to fill.

The post This Service Dog Brings His Human The Weirdest Thing Whenever She's Sad appeared first on BarkPost.

This Service Dog Brings His Human The Weirdest Thing Whenever She's Sad
Four Boys Drop Everything To Save Abandoned Dog Tied With Bungee Cord
Dog Runs Away From Home To Attend College, Forgets To Register For Class
Tags
Read Full Story