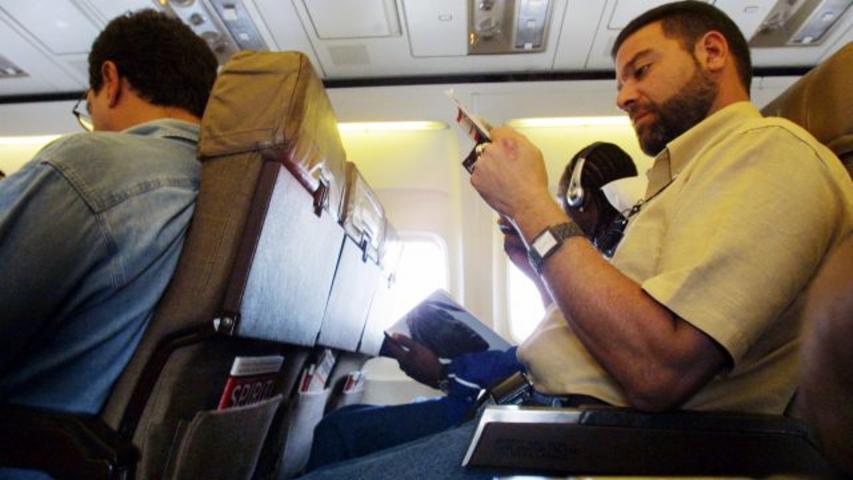 There are few things flyers dread more than the middle seat.

The middle seats boast none of the freedoms of the aisle seat. Nor does it feature the view of the outside world that comes with the window seat.

And yet it boasts all of the noise, elbows, and funky smells along with pretty much all of the undesirable elements associated with flying.

According to Martha White of the New York Times, the middle seat is getting more and more difficult for flyers to avoid.

RELATED: See the dirtiest places on an airplane:

Since the recession, airlines in the US have become more proficient at maximizing revenue per seat.

Among the "innovative" ways airlines have come up with to generate income is capitalizing on passengers' almost universal disdain for that middle seat.

As a result, passengers try to avoid the hateful center spot —ideally without paying more money — by booking tickets early.

However, airlines have figured this out. Over the past few years, US carriers had implemented a series of new policies have made it harder for passengers to get aisle and windows seats free of charge.

Southwest, which does not assign seats, raised the price of an early-boarding pass to $15 from $12.50 last month. For those who do not pay up, it is a mad rush when online check-in opens 24 hours before the flight.

Delta Air Lines' Basic Economy fare, introduced last year, does not allow seat assignments to be made until after check-in -- when higher-paying customers have had a chance to claim window and aisle seats.

American Airlines and United Airlines plan to introduce similar fares this year. Neither would confirm whether selecting a seat would be one of the perks eliminated, but one airline analyst said it was likely, given the competition legacy airlines face from low-fare carriers.

In addition to policy changes, airlines have crammed more seats into its planes. For domestic routes, McDonnell Douglas MD 80/90 jets with five abreast seating have been replaced by Boeing 737s and Airbus A320s with six-abreast seating.

Many wide-body jets such as the Boeing 777 have had their nine-abreast seating replaced by a 10 abreast configuration.

On the bright side, Delta announced last week that it has abolished its surcharge for tickets booked over the phone or in person at the airport or retail locations.

Although this may not be much of a consolation prize, it's something.

More from Business Insider:
Airbus just lost a $865 million order — here's why that's great news for passengers
The 5 favorite airlines of wealthy people around the world
13 tough interview questions you may have to answer if you want to become a flight attendant