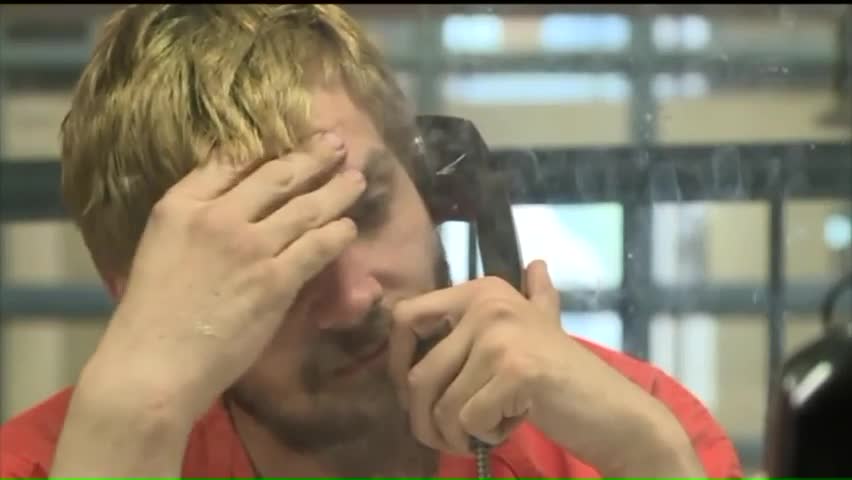 STOCKTON, Calif. (KTXL) -- A Stockton man admitted to killing his own grandfather, but his crime spree confession didn't stop there. Richard Robinson, 25, tells FOX40 he also killed another man in Sacramento.

FOX40 sat face-to-face with Robinson, 24 hours after his arrest in the double-murder investigation. Robinson's reason for the murders was simple, "Just cause I wanted to."

He even said he felt "euphoric" after stabbing the men.

See more from this chilling case:

The Stockton Police Department said Robinson stabbed his grandpa, Kirby Robinson, to death at his home Thursday. Robinson said he went to the house on Turtle Valley Circle to steal but said the attack wasn't planned.

He showed no remorse and didn't deny the killing. In fact, he said he "had thought about stabbing someone" the day before.

Shortly after killing his grandfather, Robinson said he drove to Sacramento and stopped at a Denny's on Howe Avenue to eat.

They said his clothes were stained with blood, and the truck Robinson drove to Sacramento helped them connect the Robinson to the Stockton murder.

"They began to run records checks on vehicles. They found one was wanted out of Stockton PD for a homicide that occurred in that same day," said Sergeant Tony Turnbull with the Sacramento County Sheriff's Department.

Robinson said he has a history of mental illness. He told FOX40 he was not taking any medication and was not high during the incidents, but admits he was using drugs just days ago.

Robinson faces one murder charge in Sacramento, and charges for Kirby's death will be filed by the San Joaquin County DAs office. Robinson is expected to be in court Monday.

Related: Also see the most notable people on death row:

Suspect says he felt 'euphoric' after fatally stabbing grandfather, homeless man
Seated on his bunk in the death cell of Iberia Parish Courthouse, convinced that 'The Lord is Still with Me,' is Willie Francis, a 17-year-old who won a million-to-one chance of a reprieve from death when the electric chair failed to kill him, or even hurt him, at his scheduled execution on May 3. Sentenced to die for the murder of a St. Martinville druggist a year ago, Francis was strapped in the chair. The current was applied. The doomed man squirmed and jumped. But when the current was shut off, he was unharmed. 'It tickled a little,' he said. The state will try again to carry out the execution on Thursday May 9th.