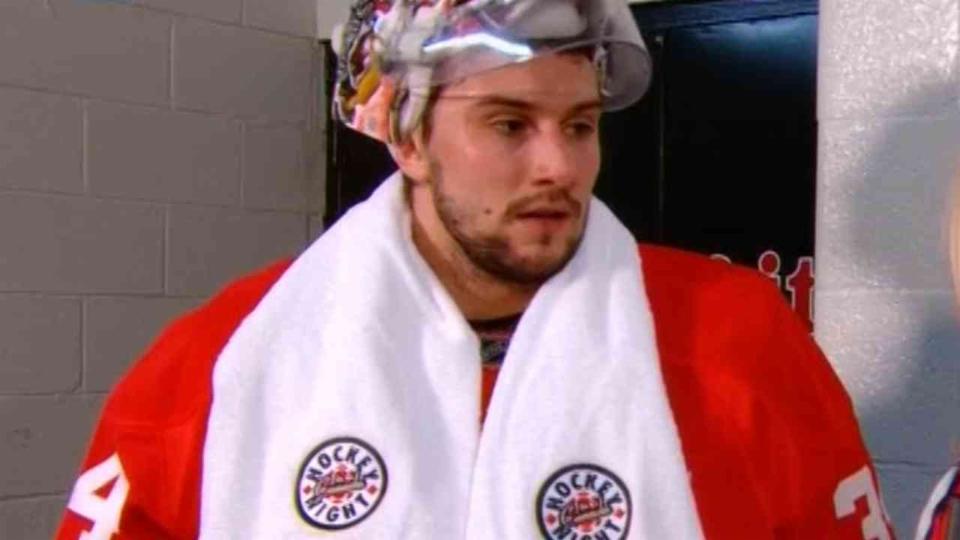 (The Sports Xchange) - The Detroit Red Wings turned up their intensity and got back into their first-round Eastern Conference playoff series against the Tampa Bay Lightning.

Petr Mrazek made 16 saves for his third career playoff shutout in Detroit's 2-0 win over Tampa Bay in Game 3 of the series Sunday night at Joe Louis Arena.

The Lightning lead the best-of-seven series two games to one. Game 4 is Tuesday night in Detroit.

"I thought we did a good job from the start of the game tonight all the way through," Red Wings coach Jeff Blashill said. "I thought we played well on both sides of the puck."

Mrazek replaced Jimmy Howard, who started the first two games of the series.

"It's always harder when you don't have many pucks on the net," Mrazek said. "But I tried to stay focused, and guys did a great job in front of me, blocking lots of shots and didn't give them any easy chances."

"I thought we played pretty good," said Zetterberg, the Red Wings captain. "We minimized our mistakes, tried to stay out of the box as much as possible and played in their end."

"They played really hard," Lightning coach Jon Cooper said. "Their desperation level was high, They were the more desperate team."

The Red Wings held Tampa Bay's line of Tyler Johnson between Nikita Kucherov and Alex Killorn without a shot after the trio scored seven of the Lightning's eight goals and combined for 15 points in the first two games.

The Red Wings scored both goals in the second period.

Athanasiou, a rookie forward, made it 1-0 with 7:18 left in the period. His one-time slap shot of a rolling puck from the left circle deflected off Bishop's blocker and in on the short side. It was the first playoff goal of Athanasiou's career.

"It was rolling. The old knuckle puck," Athanasiou said. "You never know where it's going to go. I was fortunate enough for it to go in."

Zetterberg made it 2-0 with 2:38 left in the period. The puck deflected in off his skate during a goalmouth scramble.

The goal went to a review from the NHL Situation Room in Toronto twice. The first time was to determine if Zetterberg kicked the puck in. When the goal was upheld on that review, Lightning coach Jon Cooper challenged that Bishop was interfered with before the goal. The goal was once again upheld.

"Yeah, it was just a scramble in front," said Zetterberg, the Detroit captain. "I knew it hit my skate and it was a lot of people there. It was a nice feeling when after all the delays (I) saw it was a good goal."

The delay was about seven minutes.

It was Zetterberg's first goal of the playoffs, his first in 14 games and second in 27 games. It was also Zetterberg's second goal in his past 19 Stanley Cup playoff games.

Bishop stopped Sheahan on a breakaway with 7:37 left in the first period.

"They played well tonight out there. They shut us down in the neutral zone," Tampa Bay forward Ryan Callahan said.

Tampa Bay killed off a 59-second two-man disadvantage late in the first period. The Lightning allowed only two total shots on the two power plays combined.

More from AOL.com:
Take a quick look at each Eastern Conference team in the NHL playoffs
Schedule for first round of Stanley Cup playoffs
Blackhawks, Kings hungry for another Stanley Cup run