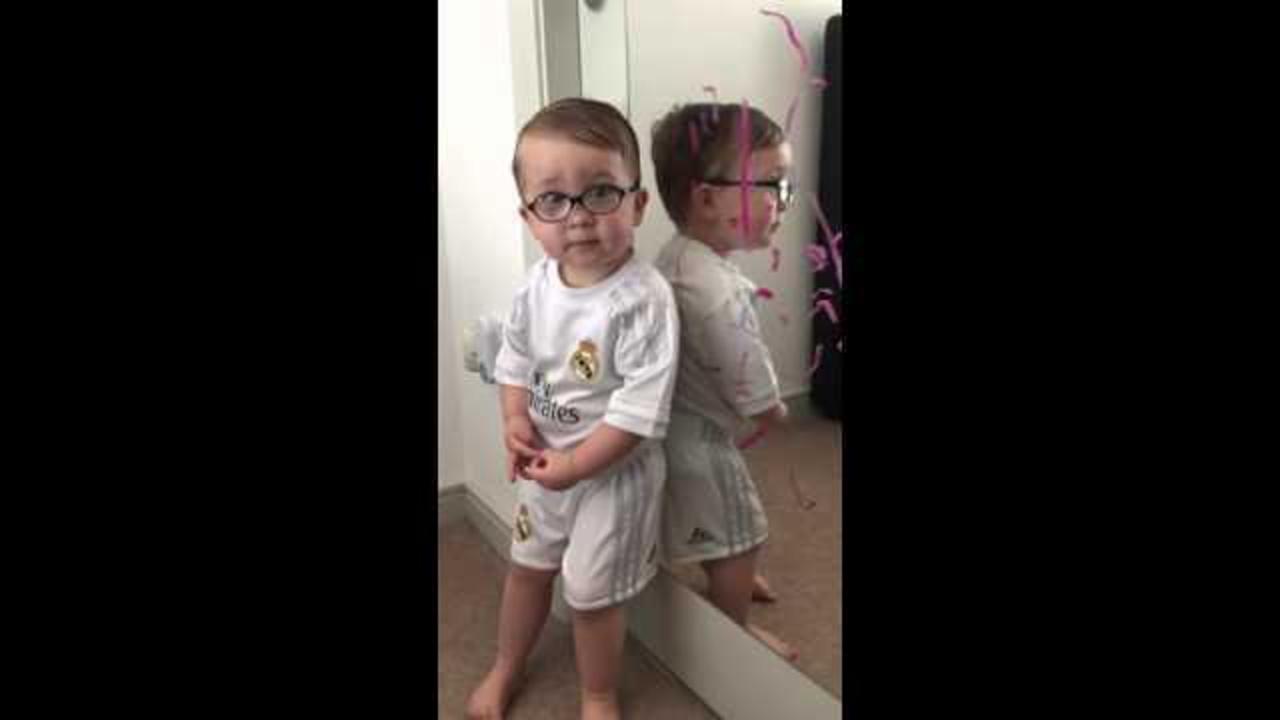 We all make mistakes but sometimes it's easier to blame someone else than admit them.

For this Scottish kid, blaming the mess on anyone other than himself was the best way out when his mum, Laura Hopkins from Inverness asked him about the new drawing on her mirror. The extremely convincing little boy said Batman was responsible.

Laura who barely holds back a laugh, seems to accept that Batman was the trouble maker, after her son gives her the best excuse to date.

RELATED: See Batman, the alleged doodling culprit, through the years:

Mom gets best excuse from her son for scrawled drawing on mirror
We got our first look at Batman and his sidekick Robin in 1943 with Lewis Wilson as Batman and Douglas Croft as Robin. Their ensembles, made out of cloth, had some of the key features we still see today -- the symbol, the pointed ear mask, the belt and a brief-like bottom paired with a cape. A (Photo by Columbia Pictures/Getty Images)
In 1966, the cloth ensembles were still popular, but they got a slightly sexier upgrade with the influence of spandex. Burt Ward as Robin and Adam West as Batman were outfitted in stretchier and tighter-fitting versions of the classic. Batman's mask also got retrofitted with a plastic-style vs. the cloth. Unfortunately, Robin at this time was still running around barely clothed. (1966)
By 1989, Batman had made some serious improvements with Michael Keaton taking over the role as the caped crusader. Keaton was outfitted with a harder shell-like costume, a thick leather-like cape and shinier hardware for a belt and symbol. His mask was also of a tougher quality. Also upgraded? His ride. Batman nixed running around in favor of racing around in the Batmobile. MICHAEL KEATON BATMAN (1989)

In 1995, Val Kilmer and Chris O'Donnell suited up for "Batman Forever" with Kilmer at the bat and O'Donnell as his trusty sidekick. Both men's looks were totally different with a much more muscular style with sculpted suits. The suits caught some flack for showcasing nipples and a very defined nether-region with the belt serving as almost a garter. That being said, Batman had just entered the realm of sexy.

Now we can all take a closer look at those nipples. In 1997's "Batman and Robin," George Clooney showed off Batman's chiseled side with his suit, which really was fairly similar to Kilmer's. The major difference in the suit is actually in the mask, with Clooney's showing off more of his jawline and bright white contacts.

The batsuit got another sweeping upgrade when Christian Bale flew into the role for "Batman Begins." Bale reportedly thought Kilmer's garb was uncomfortable so he asked for a new look, which took on a gunmetal-like quality that was less about the chiseled muscle lines and more about a military armor. It was a big hit. Another major change was the mask, which further concealed Batman's identity with a different cheekbone structure and more narrow ears.

Batman (aka Ben Affleck) is hiding on the left side of this photo, but you can already tell his batsuit got a makeover for "Batman v Superman: Dawn of Justice." The mask, which has much smaller ears than previous bats, is one major change. Also, his look almost appears to be two-toned with two different types of plating across the breast.