Could this Tex-Mex restaurant be the next Chipotle? 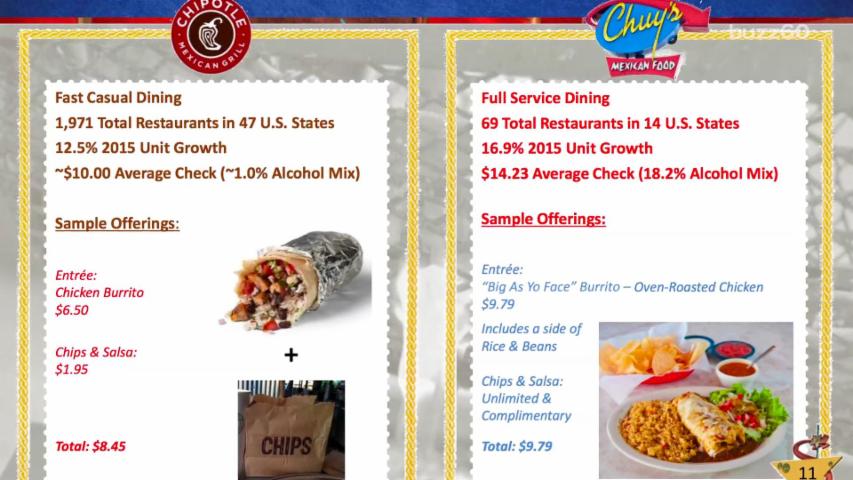 Chuy's(NASDAQ: CHUY) has given investors a reason to have a fiesta. Over the last year, shares of the Tex-Mex chain restaurant are up 27% versus the S&P Small Cap 600 Index's losses of 7%. In the last five years the company has returned nearly 100%, trouncing analyst estimates. Last quarter was particularly good for Chuy's, with the company exceeding expectations by nearly 40%.

Wall Street analysts appear to be on board now. The average price target of eight ratings firms is $37.50 per share, more than 27% above current prices. Of the four research firms that have changed their opinions on Chuy's, three have upgraded it to buy or outperform.

Take a peek through photos of Chuy's food:

Could this Tex-Mex restaurant be the next Chipotle?
No excuse needed to enjoy our new Frozen White Peach Sangria. Available for a limited time only. #cheers #wino #perfectforspring
Any excuse to get down on some #queso! #nationalcheeseloversday!
Back by popular demand - Our delicious Blackberry Margarita will leave you wanting a second round! #chuysrestaurant #margarita #happy #ChuysColdBeerConvo
Everyday is a good day to enjoy a Steak Burrito at Chuy's. But especially Friday. You've earned it. #chuys #texmex #steakburrito #tgif
Dragging at work after the long weekend? We're here for you in queso emergency Chuy's run becomes necessary. #Chuys #texmex
Everyone needs some Boom-Boom in their life... #chuys #texmex
Beans and rice. No simpler pleasure than good beans and rice.... | #texmex #chuys #enchiladas
It's taco time at #chuys! Enjoy your Friday night.
How about a Southwestern Enchilada in honor of SXSW in Austin this week?! #chuys #texmex #sxsw
This Chuy's Big As Yo' Face Steak Burrito has your name on it! #chuys #texmex #burrrrrito
Up Next

Chuy's growth is undisputed
Chuy's last reported earnings in early March. On a full-year basis, Chuy's grew both revenue and unit counts 17%. During 2015, the company added 10 new restaurants, going from 59 to 69 locations. Ten restaurants may seem insignificant -- it seems like Chipotle Mexican Grill(NYSE: CMG) opens 10 new units in the time it takes to read this article -- but full-service restaurants like Chuy's are more expensive, and require more favorable economics to open. Chuy's appears to be stepping up its pace of construction somewhat, with a midpoint of 12 new units expected to open in 2016. Overall Chuy's is planning to double its restaurant base in three to five years.

Upon hearing that both revenue and unit counts both increased by 17%, I was fearful in regards to comparable sales figure. However, those concerns were unfounded: Chuy's did a decent job of growing comparable-store sales 3.1%. The company also does not add restaurants to the comparable pool until 18 months, instead of the normal 12 months, which means it most likely understates its comparable store growth compared to other restaurants.

One thing I'm watching closely is the average unit comparable sales volumes. Last year, as 10 store units were added to the comparable average, unit volumes dropped 2.9% from $4.9 million to $4.7 million even as the average check increased 3.5%. It could be indicative of the company opening lower-grossing stores which are now making their way to comparables, or lower foot traffic overall.

Chuy's goes at Chipotle
Outside of cuisine type and the fact both serve food, Chipotle and Chuy's appear to have little in common. First is the overall concept -- Chipotle is fast-casual, whereas Chuy's is full-service dining. Chuy's does not share Chipotle's obsession with GMOs and what it refers to as "food with integrity." However, Chuy's prides itself on serving authentic Mexican food using "only the freshest ingredients," with a commitment to "made-from-scratch, freshly prepared cooking."

Additionally, Chipotle units use a simple, near-uniform industrial design where Chuy's promotes a fun, irreverent atmosphere. The product mix also differs, as nearly 20% of the average Chuy's check is high-margin alcohol versus less than 1% of Chipotle's.

During the recent Raymond James Institutional Investors conference, however, the company chose to highlight an offering on its menu comparable in price to a Chipotle order ($9.79 for a Chuy's chicken burrito plus rice and beans plus chips and salsa vs. $8.45 at Chipotle for a chicken burrito and chips and salsa). Chipotle has struggled in the wake of its food-safety mishaps, but it probably won't hurt Chuy's to compare itself to a company that has gained nearly 2,200% since its IPO a decade ago. It may not be the next Chipotle, but if Chuy's is able to continue to execute, the company's $500 million market capitalization may be seriously undervalued.

RELATED: Can Chipotle bounce back? 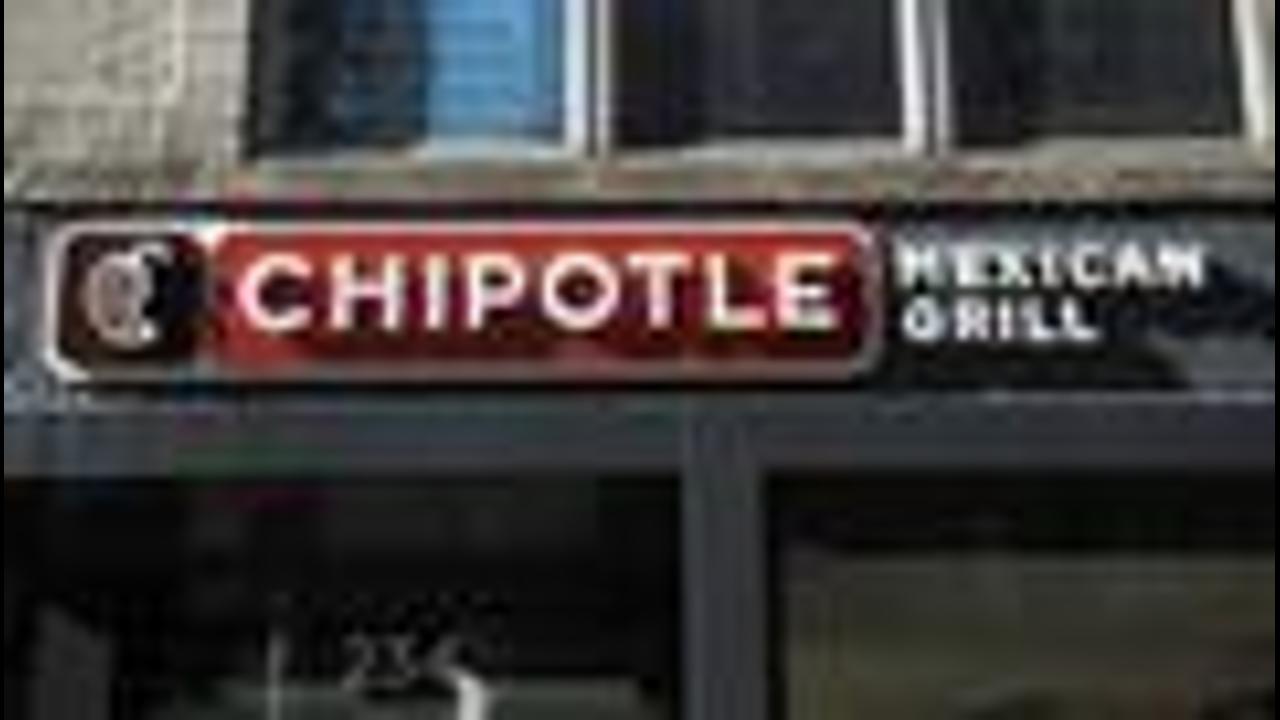 More from The Motley Fool:
Is Zoe's Kitchen the Next Chipotle?
Chipotle Stock Is Turning Things Around
Can Sonic Corp. Provide Tasty Returns?