Chelsea Handler slams E! (again): 'I wasn't impressed with anybody' 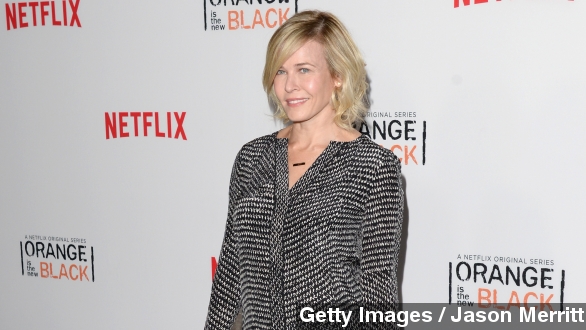 Chelsea Handler does some E! bashing in the May cover story for Fast Company.

The comedian is no stranger to criticizing her former network, which aired her late-night talk show "Chelsea Lately" for seven seasons, and has kicked it up a few notches since landing a mega deal with Netflix. She's currently promoting her newest venture with the streaming service, her talk show "Chelsea."

"It was incredibly frustrating," she said of working at E!. "You're a reflection of the company you keep, and I wasn't impressed with anybody. The people I was working with on the network side, they never could think big. I just wanted to leave, to be somewhere else."

Handler, who parted ways with E! in August of 2014, said she was drawn to the creative freedom that the streaming site allowed.

Chelsea Handler slams E! (again): 'I wasn't impressed with anybody'
Up Next

"When we were on the network, I can't tell you how many times we had to take jokes out because of advertisers," she said. "It was constant bickering back and forth. You can't do this, you can't do that. There was no creative license."

Aside from the talk show — a first for the streamer — her contract with Netflix also includes a stand-up special and a four-part docuseries ("Chelsea Does").

Rumors had initially swirled that Handler would take over David Letterman's "Late Show" or Craig Ferguson's "The Late Late Show" when she posted a photo on Instagram of a "business meeting" at CBS.

"Those were just meetings that people wanted to take," she told Fast Company. "I was offered several jobs. I was offered syndication late-night shows. But they were all conversations that didn't get far, because there was no point. I was never interested. I didn't want to step into somebody else's shoes. I didn't want to be on some other late-night show doing the same s— again."

"Chelsea" will premiere on May 11 and run as half-hour episodes released Wednesday, Thursday and Friday.