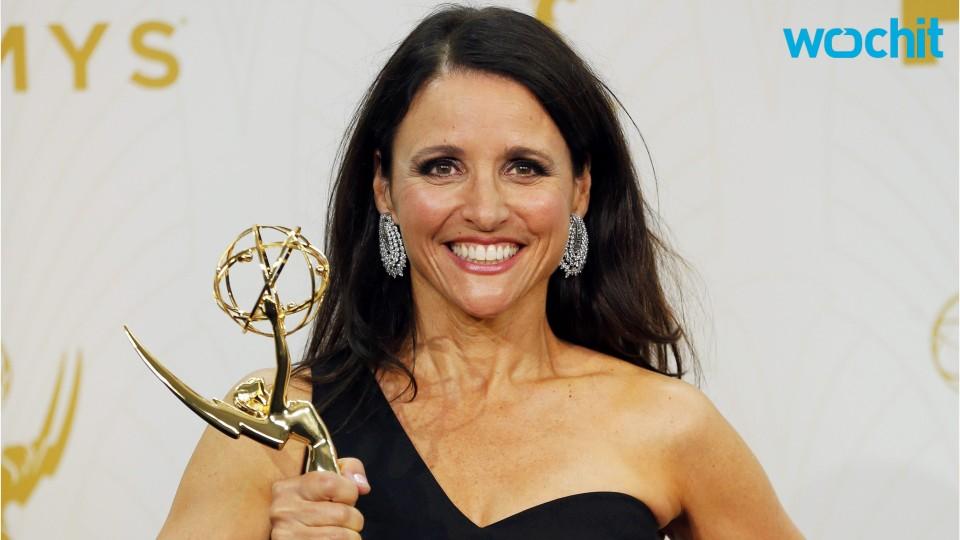 While David returned with his Bernie Sanders impression, Louis-Dreyfus, in her third time as "SNL" host, reprised the character she played on "Seinfeld" for nine seasons to poke fun at last week's contentious Democratic debate in Brooklyn, New York. Also, Kate McKinnon stepped back into Hillary Clinton's sensible heels for the sketch.

Louis-Dreyfus' Elaine was called on to ask questions from the audience as a longtime New Yorker. Her first question went to Sanders: "How exactly are you going to break up the big banks?"

"Once I'm elected president," he then said after Elaine pressed him for an actual plan, "I'll have a nice shvitz in the White House gym, then I'll go to the big banks. I'll sit them down and yada yada yada, they'll be broken up."

"What?" Elaine responded. "No, No, you can't yada yada at a debate. Also, you yada yada'd through the best part.

"No, I mentioned the shvitz," he answered.

Then, Louis-Dreyfus gave us a look into her own feelings regarding playing Elaine when she asked Clinton, "Doesn't it suck to be the only girl in a group of guys?"

"Yes it does, my sister-friend," Clinton rejoiced.

"Well, don't worry because everyone thinks you are by far the funniest, I mean, the most qualified," Elaine stated.

Elaine's final question once again referred back to Louis-Dreyfus, and pulled in David, as well.

Watch the sketch below to find out how David, we mean Sanders, responded:

SEE ALSO: Seth Meyers: Donald Trump 'has only himself to blame' for failing to get Republican delegates