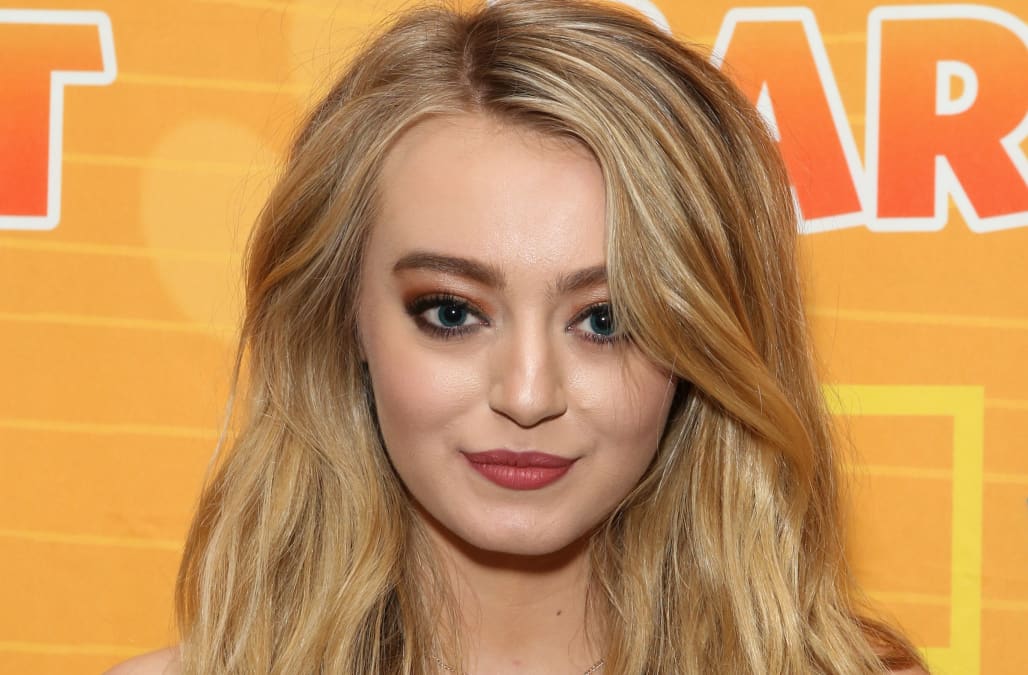 TriBeCa Film Festival is in full swing. And while watching films debut back to back is incredible, one aspect more noteworthy is the festival's emergence of up-and-coming actors. Over the course of 11 days, everyone will be scoping out talent that will soon be breaking it big in the industry. And one of our top picks this year is Savannah Kennick.

The young actress first got her start as a model at the age of fourteen. Quickly, she was being booked for campaigns in Italian Vogue, Teen Vogue, and Seventeen Magazine. Her modeling career brought her to New York City, where Kennick was inspired by the creative atmosphere around her and decided to switch gears and become an actress. It's a bold choice that has since paid off. Kennick will be making her first ever film debut during TriBeCa's "Holidays" premiere. The film is anthology feature film that puts a uniquely dark spin on some of the most iconic holidays. The piece follows a young high school outcast who receives praise from her diving coach and sets out to get him the perfect Valentine's Day gift ever, no matter what the costs. Kennick plays Heidi, your not-so-typical high school mean girl, characterized by her twisted traits.

While this may only be Kennick's first time on the big screen, her performance in this physically and emotionally demanding role makes her a festival stand-out.

So before Savannah Kennick becomes a household name, you can get to know the young actress on a more personal level. We recently had the chance to sit down with Kennick at our NYC offices during TriBeCa Film Festival to talk about her experience on set, her incredible pieces of advice for young actresses like herself, and her grueling first day on the job.

You were a model first. Why did you decide to make the switch into acting?
I was fourteen and I had been scouted in New York. And I was living in such a creative environment in New York and I was meeting so many artists that I expressed that to my agent I wanted to go into acting. I went to LA and then decided to move a year later, and I've been here ever since.

What was that move like for you?
Oh it was insane! I was born in such a small town so going to LA where people don't talk to you and want to know how your day is going was completely foreign.

Was acting something that was already on your radar growing up?
I loved watching movies and television, and again, because I grew up in a small town that's how I saw the world. And then I realized that it was something that I could do, "I thought, why not?"

In vintage #Dior for my first round of press this morning before our premiere tonight! Makeup by @giselcalvillo #HolidaysAnthology #TribecaFilmFestival

Did you grow up with a love for horror films?
I grew up loving horror films! It was my thing. I spent most of the time watching behind my hands and peeking out once in a while. I grew up with "The Exorcist" and "Poltergeist" and "Silence of the Lambs" was a favorite .So "Holidays" wasn't a foreign territory for me. I understood how to amp emotions up to intensify the fear for viewers.

What was life like on set for you?
Well, since we are independent and didn't have a budget, I didn't have a trailer which was interesting. But life on set was amazing and very quickly we became a family and I felt like I could do anything and I would have been accepted. Like I could have said, "Alright guys I need to use the bathroom so I'm going to go here on the floor," and they would have said, "Okay, great!"

What was the most memorable moment you had while filming?
The very first take I did on my set was the climax of my character. I had to be beaten in the face with a brick and fall into a pile of mud. I think it was 40 degrees outside that day so I was just lying in freezing cold mud for six hours take after take.

What was the internal process like developing your character?
I worked a lot with the directors. I think we worked for four days for twelve hours at a time to figure out why it is she is so filled with angst and hatred. And I don't necessarily agree with her, but I understand her motives. That was amazing to do that, because that's the key to being an actress is having your character down pat.

What did a typical day on set look like for you?
Up at 5 am, on set by 6 am, and stealing all the coffee I could off of craft services and a lot of dying repeatedly. It was awesome. I'm like a cat that has nine lives.

What has your first TriBeCa festival been like for you?
It's crazy! I was getting on the plane to come here and I was with our producer, and somebody asked us where we were going and we said TriBeCa and the guy freaked out and said it was so amazing. Who would have known that an independent film with no trailer would be doing this?

That's kind of the beauty of TriBeCa isn't it? Any type of film can get representation.
Which is amazing for independent films especially since they're so good but they don't get enough exposure.

Is there any actor or director you would love to work with in the future?
I totally don't have a list in my bedroom up on my wall.... David Fincher is my absolute favorite. I mean "Gone Girl" and "Fight Club" were so good! I love Cate Blanchett and Meryl Streep of course. But so many though! I could go on forever and you would just say, "Savannah please just shut up."

What's the direction you would like to go with next in your movies?
I love drama. It's really fun. But with drama, you have to have a lot of internal focus, which is hard for me because I'm crazy. It's really nice to have to work hard on something, so I'd love to do more film and independent films because that's where the creativity really lives.

One piece of advice you wish you had received before filming?
I take a screenwriting class because I love all aspects of filmmaking. One day I was having a lot of problems since after I wrapped this film, I was going to a lot of auditions and wasn't getting a lot of feedback. And my screenwriting teacher told me, "Savannah you don't have to get the darts on the bulls eye, it just has to be on the board." And I wish someone had told me that because I'm such a perfectionist and spend hours trying to get everything right. I wish someone had told me that everything doesn't have to be absolutely perfect, but it just has to make you feel good.

For more on this year's TriBeCa Film Festival, watch the video below!