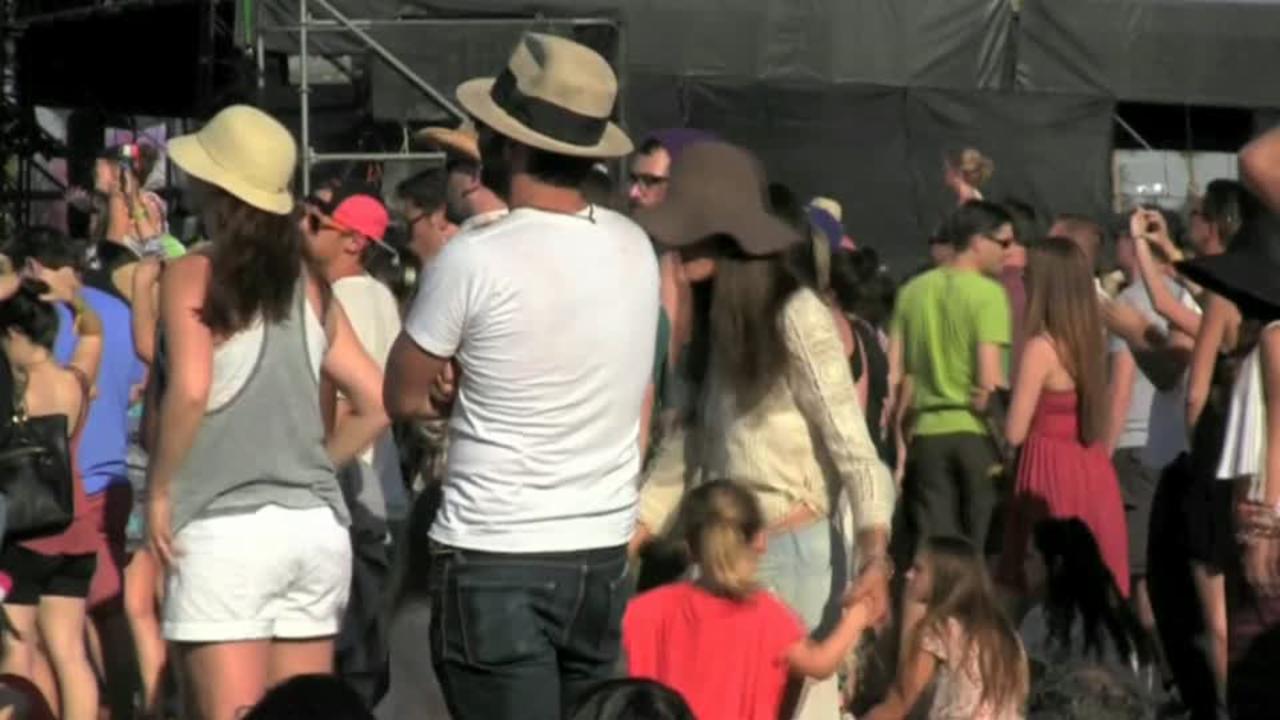 After bringing out a barbershop quartet for a sublime moment during his otherwise benign Coachella set on Friday (April 15) night, A$AP Rocky invited a surprise guest on stage, a man whose very name made the crowd lose their minds -- Kanye West.

Coachella 2016: See All of Our Coverage

Kanye and A$AP traded verses on "Father Stretch My Hands Pt. 1" from The Life of Pablo, but unfortunately, the crowd didn't hear more than 10 words from West the whole time. His mic cut in and out for a few seconds before his sound went out entirely. He kept rapping, though, seemingly, unaware of the malfunction,

While the crowd rushed the stage to get closer to Yeezus, a few disappointed -- though not angry -- fans groaned and eased back when the sound issue became clear.

Regardless, the celebrity surprise was enough excitement for many in attendance, with one Broachella gushing, "That wasn't a concert -- that was a moment" after the two rappers left the stage.

A$AP Rocky brought out Kanye (and the mic failed) #Coachellapic.twitter.com/JkLMs7sXIU

West wasn't Rocky's only surprise guest, though. The A$AP Mobster brought out Black Hippy member ScHoolboy Q for a powerful run-through of their "Electric Body" collab, which fortunately didn't suffer from any sound problems.

Later that night on the same stage, it seemed Kanye would have a second chance to deliver a knockout Coachella cameo. While "Power" played during a massively popular Jack U set, Diplo announced Kanye West was joining them onstage. The crowd once again went wild, but West's follow-up Coachella appearance was even quieter than his first -- only this time, it was by choice. Kanye stood in front of the crowd for a few moments, soaked in the applause and then exited the stage. Hundreds of phones returned to pockets and multiple people shouted the rhetorical "that was it?" at no one in particular.

But hey, quiet Kanye is better than no Kanye, right? The crowd seemed to think so; immediately after both cameos, the crowd's movements were just a little more sprightly. Even if it's not everything you hoped for, there's still the feeling that if you're in the same place as Kanye, you're doing something right.