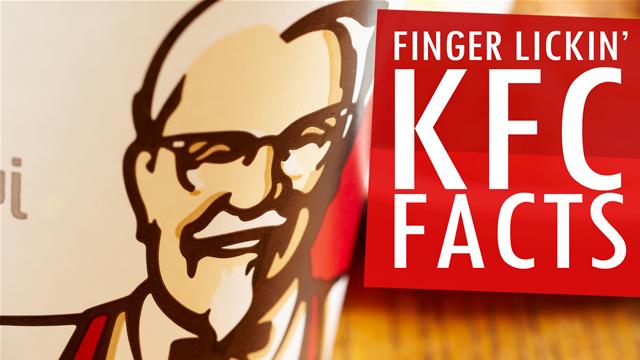 Friday morning, KFC tweeted out a teaser ad announcing, "Warning: #NSFW. Something hot and spicy is coming soon ..." The accompanying photo shows a woman reaching toward a man's (pixelated) crotch.

According to Yahoo News, the tweet that @KFCAustralia posted at 9 a.m. local time, was only live for an hour before the company removed it, but it was more than enough time for Twitter users to take screenshots and get some jokes in.

See KFC restaurants around the world:

KFC Australia's unfortunate NSFW promo was posted to its Twitter account for an hour
This picture taken on March 8, 2015 shows people walk past a KFC fast food restaurant in Lhasa, southwest China's Tibet Autonomous Region. US fast food giant KFC has opened its first restaurant in Tibet, the venue's property manager said on March 9, more than a decade after the chain's first attempt to establish a foothold ended in controversy. / AFP / STR / China OUT / CHINA OUT (Photo credit should read STR/AFP/Getty Images)
TIANJIN, CHINA - 2016/02/09: Portrait of Colonel Sanders hung on the exterior of a KFC restaurant. On the early of February, KFC China triumphs in Lawsuit Over Mutant Chicken Rumors, received a combined fine of $91,191 from three companies who spread the false allegations that KFC had served genetically modified chickens with 'six wings and eight legs.'. (Photo by Zhang Peng/LightRocket via Getty Images)
Picture taken on January 25, 2016, in Laval, northwestern France, shows a Kentucky Fried Chicken (KFC) restaurant. / AFP / JEAN-FRANCOIS MONIER (Photo credit should read JEAN-FRANCOIS MONIER/AFP/Getty Images)
KUNMING, YUNNAN PROVINCE, CHINA - 2015/12/14: A KFC restaurant in Changshui Airport. Yum,the parent company of KFC, has announced in October of 2015 to create a separate publicly traded China-focused company. The China division is expected to post a 10% operating profit in 2016. (Photo by Zhang Peng/LightRocket via Getty Images)
ACCRA, GHANA - NOVEMBER 13: People walk past a Kentucky Fried Chicken fast food restaurant on Oxford Street in the affluent Osu neighborhood, on November 13, 2015 in Accra, Ghana. The street is filled with shops, businesses and restaurants and is always bustling. (Photo by Melanie Stetson Freeman/The Christian Science Monitor via Getty Images)
A woman walks past the fried chicken shop 'KFC Halal', using the brand name of US fast food giant KFC, after it was closed by Iranian police, on November 3, 2015, in the capital Tehran. 'Police closed the 'KFC' restaurant as it didn't have authorisation and had been operating under a false license,' reported the news site of Iran's Young Journalist Club, which is affiliated with state television. AFP PHOTO / STR (Photo credit should read -/AFP/Getty Images)
An employee handles a tray of food inside a KFC restaurant, operated by Yum! Brands Inc. KFC and Yoma Strategic Holdings, in Yangon, Myanmar, on Thursday, Oct. 8, 2015. Yum has had success over the past two decades by taking its KFC and Pizza Hut chains to more than 125 countries. Photographer: Brent Lewin/Bloomberg via Getty Images
A sign indicates the way to the new 24-hour KFC fast food restaurant, operated by Yum! Brands Inc., in Moscow, Russia, on Monday, May 25, 2015. Yum! rose the most in more than a year after the hedge fund firm disclosed the 'significant stake' in the restaurant operator, saying the growth of the middle class in China will benefit the company. Photographer: Andrey Rudakov/Bloomberg via Getty Images
A Yum! Brands Inc. KFC restaurant stands in Shelbyville, Kentucky, U.S., on Saturday, April 18, 2015. Yum! Brands Inc. is scheduled to release earnings figures on April 21. Photographer: Luke Sharrett/Bloomberg via Getty Images
A car sits parked at the drive-thru of a Yum! Brands Inc. KFC restaurant in Peoria, Illinois, U.S., on Monday, Feb. 2, 2015. Yum! Brands Inc. is scheduled to report fourth-quarter 2014 earnings on Feb. 5. Photographer: Daniel Acker/Bloomberg via Getty Images
MUMBAI, MAHARASHTRA, INDIA - 2013/11/02: The red facade of a Kentucky Fried Chicken, KFC, restaurant with a motor rikshaw parking in front. (Photo by Frank Bienewald/LightRocket via Getty Images)
A pedestrian walks past a KFC restaurant in Kolkata, India, on Monday, March 14, 2011. India faces pressure to step up its battle against price gains even after the steepest interest-rate increases among Asia's major economies, as oil costs rise and consumer demand strengthens. Photographer: Brent Lewin/Bloomberg via Getty Images
A vehicle leaves the drive-thru area of a combined KFC and Taco Bell restaurant, both units of Yum! Brands Inc., in Houston, Texas, U.S., on Tuesday, July 13, 2010. Yum! Brands Inc. reported a second-quarter adjusted profit of 58 cents a share. Photographer: Aaron M. Sprecher/Bloomberg via Getty Images
CHINA - MAY 02: KFC signs are seen on Nanjing Road in Shanghai, China, on Wednesday, March 2, 2007. Yum! Brands Inc., the owner of the Pizza Hut and KFC restaurant chains, posted a 14 percent first-quarter profit gain that exceeded analysts' estimates on increased sales in China, its fastest growing region. (Photo by Ariana Lindquist/Bloomberg via Getty Images)
SAN FRANCISCO - OCTOBER 30: A KFC restaurant is shown October 30, 2006 in San Francisco, California. In New York today, KFC announced that it will phase out use of artificial trans fats at all its American restaurants to healthier linolenic soybean oil by April 2007. New York is weighing a ban on the artery-clogging oils in all city restaurants. (Photo by Justin Sullivan/Getty Images)
Up Next

Others found the tweet less than funny, saying that it was offensive to women — perhaps joining in on a legacy of fast food restaurants sexualizing women to sell their products.

I wish 1) I wasn't vegetarian and 2) I didn't insist on eating real food, so I could boycott @KFCAustralia for promoting misogyny.

Misogyny manifested by sexual discrimination,belittling of women, violence against women, and sexual objectification of women. @KFCAustralia

KFC Australia later apologized on Twitter, writing, "We are very sorry for our earlier tweet on H&S — we didn't mean to offend and removed it when we realised we made an error in judgment." The franchise also released a statement to Mashable, adding, "The post was meant to be a roll-out of our new Hot & Spicy products but we overstepped the mark and are sorry for any offence caused."

We are very sorry for our earlier tweet on H&S - we didn’t mean to offend and removed it when we realised we’d made an error in judgment.

So the fried-chicken chain cleared up one sexual innuendo. Now all that's left is to address its slogan: "Finger-lickin' good."

Related: Also see fast food from around the world:

10 PHOTOS
Fast food from around the world
See Gallery

KFC Australia's unfortunate NSFW promo was posted to its Twitter account for an hour
McDonald's Japan serves rice cheese balls! A crispy outside with a warm, gooey inside -- YUM.
McDonald's India features the McAloo wrap. Aloo is a type of potato curry and McDonald's put its own spin on it by wrapping a flour tortilla around an aloo patty garnished with lettuce, onions, vegetables, and sauce.
Pizza Hut Russia serves an Oktoberfest seasonal pizza with Bavarian sausage, pepperoni, vegetables, sauce, and mustard. You like?
At Burger King Argentina you can order a Churrasquito. It's grilled over hot coals and served with cheese, lettuce, tomato, and mayo.
At select Wendy's locations in Australia, you can order a Brekky dog -- a breakfast style hot dog. GOOD MORNING to that!
Taco Bell Japan serves a shrimp and avocado burrito. This exclusive item has only been on the menu since April 2015!
Known as 'Maccas' in New Zealand, McDonald's menu there includes 3 savory pies. This one is the Mince 'N' Cheese pie stuffed with ground beef and cheese.
At Pizza Hut in Saudi Arabia you can order a seafood pizza, including shrimp, calamari, crab, and vegetables on a thin crust.
McDonald's serves porridge in Thailand!
You can order chili cheese nuggets from Burger King in Hungary. Bits of jalapeño peppers and a spicy kick.
Up Next

More from Mic.com:
BuzzFeed's Live Video of a Watermelon Exploding Inspired Some Hilarious Twitter Reactions
William Hung Returned for the 'American Idol' Finale — and Twitter Wasn't Exactly Thrilled
Father John Misty Took Acid at a Taylor Swift Show and Was Horrified by What He Saw