How a 10-minute conversation can significantly reduce transphobia 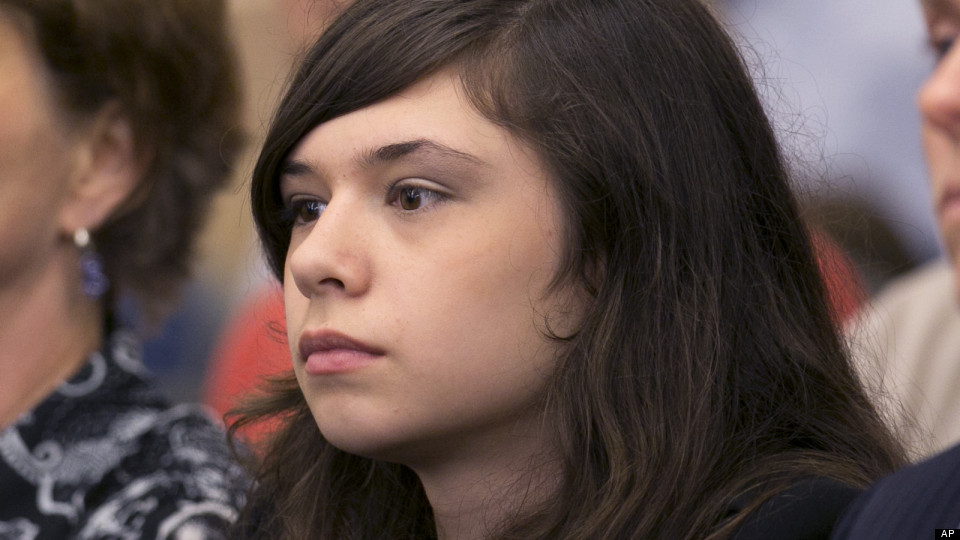 On Friday, legendary rocker Bruce Springsteen announced that he had canceled a concert in North Carolina in protest of that state's controversial new law curbing the rights of the transgender community. But although The Boss and other advocates for trans rights are boycotting, staging demonstrations, or filing lawsuits, a new study suggests an alternative tactic: a 10-minute-long conversation.

Indeed, a new study, published in the journal Science on Thursday, found that a 10-minute discussion between a door-to-door canvasser and a voter holding transphobic beliefs could significantly reduce the voter's prejudice against the transgender community. The effect of that single, brief conversation on the voter's opinion lasted up to three months, according to the study.

RELATED: From Courtrooms to Bathrooms, Trans People Made Major Progress in 2015

Two political scientists, David Broockman, an assistant professor at the Stanford Graduate School of Business, and Joshua Kalla, a doctoral student at the University of California, Berkeley, enlisted 56 experienced canvassers—some transgender, some not—to engage in thoughtful conversations with 501 voters in southern Florida. Voters were shown video ads that provided arguments for and against transgender rights and were asked to describe instances when they felt discriminated against.

The same canvassers who conducted the initial conversations revisited Florida voters after several weeks—or months, in some cases—and found that their conversations reflected a sustained decrease in bias against transgender individuals. The decrease in transphobia was found to be greater than that of homophobia in America between 1998 and 2012, according to the study. The voters also expressed increased support for antidiscriminatory laws that would protect transgender individuals.

"In some ways, we're seeing the same patterns that we saw with gay marriage, where 40 years ago in Miami — where this study took place—Anita Bryant had this infamous 'Save Our Children' campaign that played on the same ideas about gay people that we're seeing about transgender people now: 'You can't trust them around children. They are all sex offenders. They're unstable,' " Broockman told Stanford Insights.

The canvassers used a persuasion technique devised by the Los Angeles Lesbian, Gay, Bisexual and Transgender Center. The technique encourages people to consider the perspective of someone in a given situation by relating it to an instance where they felt similarly.

RELATED:Transgender Visibility Is at an All-Time High—and So Are Transgender Homicides

"Most attempts by campaigns to influence voters don't have an impact at all, and the ones that do, the benefit decays in three to five days," David Fleischer, director of the Leadership LAB at the Los Angeles LGBT Center, told The Washington Post.

The method was first employed in a Science study from last year. Michael LaCour of the University of California, Los Angeles, conducted research similar to Broockman and Kalla's, looking at how effective canvassing was when discussing marriage equality. LaCour claimed to have found that support for marriage equality increased after conversations with canvassers, especially when the canvasser was gay, but inconsistencies in the findings resulted in the study being retracted.

"We found that the canvasser's identity doesn't really seem to matter; both transgender and non-transgender canvassers were effective," Broockman told Insights. "What seems to matter most is that canvassers are experienced."

Despite the inaccurate results in LaCour's study, Broockman and Kalla were ultimately able to prove that the Los Angeles LGBT Center's canvassing technique was effective.

"What we found suggests that campaigns might have more success than they expect trying to talk with people that have initially opposing views, even regarding controversial topics and across partisan lines," Broockman told Insights.

Take the Pledge: Pledge to Be an Ally of the LGBTQ Community

Click through this slideshow featuring some of the most famous transgender activists:

How a 10-minute conversation can significantly reduce transphobia
Actress Laverne Cox from the Netflix series "Orange is the New Black" arrives at the 68th Primetime Emmy Awards in Los Angeles, California U.S., September 18, 2016. REUTERS/Lucy Nicholson
In this June 1, 2015 photo, a journalist looks at Vanity Fair's Twitter site with the Tweet about Caitlyn Jenner, who will be featured on the July cover of the magazine. Caitlyn Jenner, the transgender Olympic champion formerly known as Bruce, on Monday unveiled her new name and look in a sexy Vanity Fair cover shoot -- drawing widespread praise, including from the White House. Lesbian, gay, bisexual and transgender campaigners -- and many well-wishers -- welcomed the high-profile debut, as did the 65-year-old Jenner's family, which includes the media-savvy celebrity Kardashian clan. 'I'm so happy after such a long struggle to be living my true self,' Jenner wrote in her first tweet after the magazine released the July cover photo by renowned photographer Annie Leibovitz. AFP PHOTO / MLADEN ANTONOV (Photo credit should read MLADEN ANTONOV/AFP/Getty Images)
Writer Janet Mock attends Marie Claire's Second-Annual New Guard Lunch at Hearst Tower on October 30, 2014 in New York City. (Photo by Robin Marchant/Getty Images for Marie Claire)
Transgender former US Navy Seal Senior Chief Kristin Beck speaks during a conference entitled 'Perspectives on Transgender Military Service from Around the Globe' organized by the American Civil Liberties Union (ACLU) and the Palm Center in Washington on October 20, 2014. Transgender military personnel from 18 countries who allow them to serve openly, gathered to talk about their experiences and discuss whether the US military could join them. It is estimated that more than 15, 000 transgender personnel currently serve in the US military, but policy requires their separation if they are discovered, according to the ACLU. AFP PHOTO/Nicholas KAMM (Photo credit should read NICHOLAS KAMM/AFP/Getty Images)
WEST HOLLYWOOD, CA - MAY 07: Model Gigi Gorgeous attends the NYLON Young Hollywood Party presented by BCBGeneration at HYDE Sunset: Kitchen + Cocktails on May 7, 2015 in West Hollywood, California. (Photo by Jason Kempin/Getty Images for NYLON)
NEW YORK, NY - NOVEMBER 13: Mixed martial artist Fallon Fox attends the 2013 Emery Awards at Cipriani Wall Street on November 13, 2013 in New York City. (Photo by Cindy Ord/Getty Images)
Model Lea T presents a creation by Teca by Helo Rocha during the 2016 Summer collections of the Sao Paulo Fashion Week in Sao Paulo, Brazil, on April 16, 2015. AFP PHOTO / MIGUEL SCHINCARIOL (Photo credit should read Miguel Schincariol/AFP/Getty Images)
Jenna Talackova (R) arrives for a press conference in Los Angeles with her attorner Gloria Allred (out of frame) on April 3, 2012. Canada's Miss Universe pageant said it would allow the transgendered model to compete in its pageant as long as Canada recognizes her gender as a woman. Talackova was previously disqualified, she said, because she used to be male. AFP PHOTO/Frederic J. BROWN (Photo credit should read FREDERIC J. BROWN/AFP/Getty Images)
Director, writer and producer Lana Wachowski poses on arrival for the Los Angeles Premiere of the film 'Jupiter Ascending' in Hollywood, California on February 2, 2015. The film opens on February 6. AFP PHOTO / FREDERIC J. BROWN (Photo credit should read FREDERIC J. BROWN/AFP/Getty Images)
BEVERLY HILLS, CA - FEBRUARY 28: Caitlyn Jenner attends the 2016 Vanity Fair Oscar Party Hosted By Graydon Carter at Wallis Annenberg Center for the Performing Arts on February 28, 2016 in Beverly Hills, California. (Photo by Karwai Tang/WireImage)
Up Next