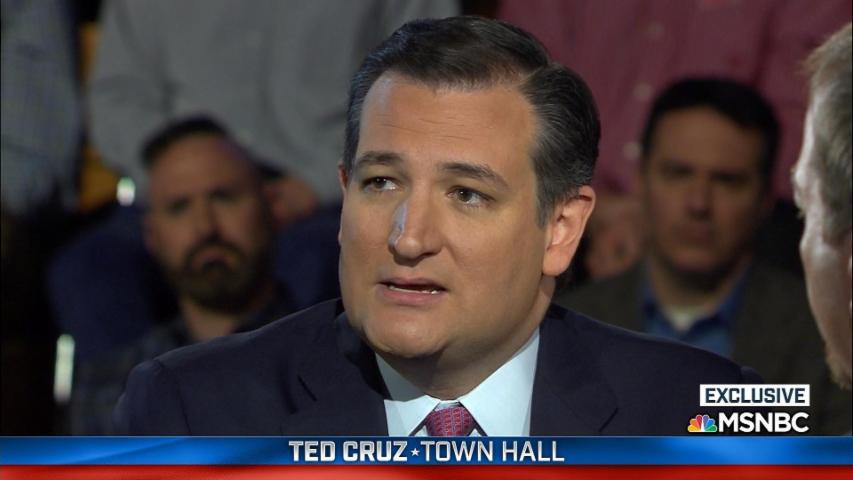 Any voters dreaming that Donald Trump and Sen. Ted Cruz might come together to form a unity White House ticket this year got some bad news this week.

Cruz said no way to the idea of serving as Trump's vice president during an MSNBC town hall event on Thursday night.

"It ain't gonna happen," Cruz responded, when pressed on whether or not he'd accept the vice presidential spot on the ticket if GOP officials pushed for it.

Trump has brazenly criticized Cruz, who's considered to be his closest rival for the GOP nomination, for weeks, regularly referring to him as "Lyin' Ted."

Check out some of the vice presidential picks Trump might consider:

Trump has spent much of the last week complaining about how Cruz won the "rigged" delegate process in Colorado and gave the senator all 34 delegates.

Cruz's take on the opportunity to be Trump's vice president comes days after Trump revealed he would consider other former rivals --including Marco Rubio, John Kasich and Scott Walker -- as possible running mates.

Cruz indicated he is similarly open to running with a former rival, hinting at Marco Rubio when asked about possible vice presidential picks this week.

The delegate math continues to favor Trump, but his chances of securing the Republican presidential nomination before the convention this summer are not 100 percent. While a likely win in the New York primary will boost him, the political prediction number crunchers at FiveThirtyEight pointed out this week that Trump's path has gotten trickier.