OnlyOnAOL: Here's how to snag a selfie with Common, Cedric 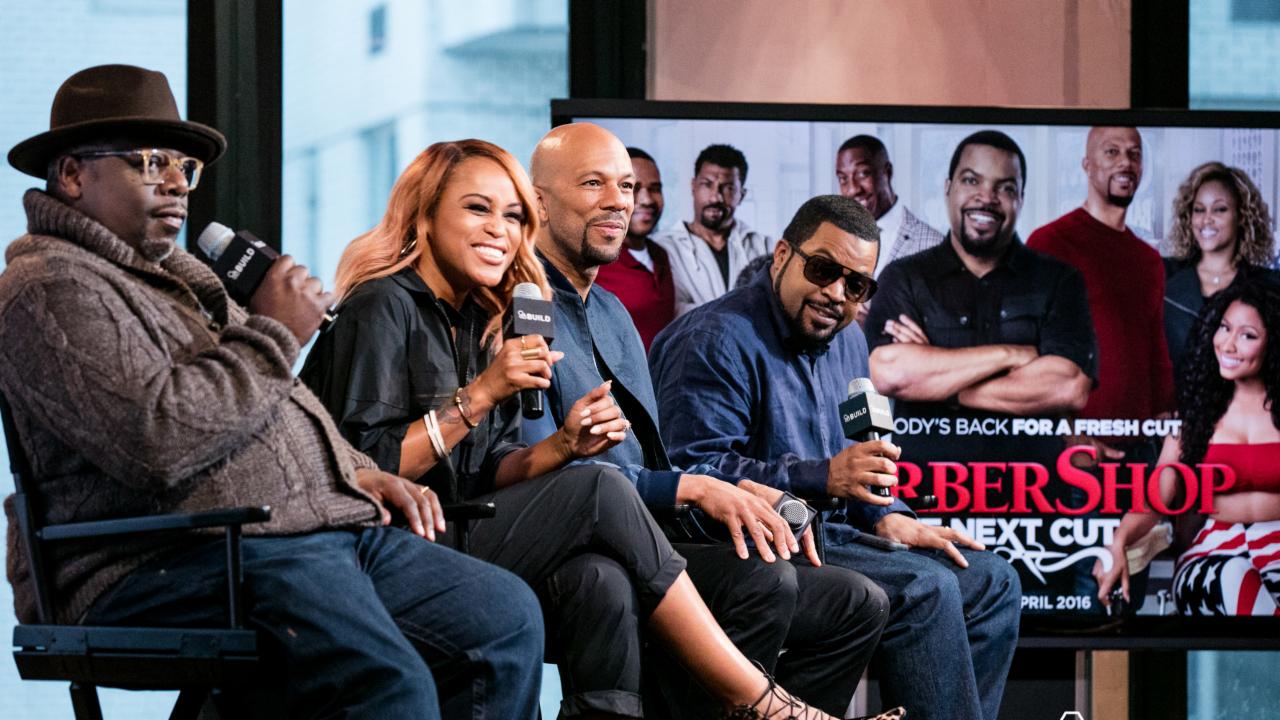 Having someone rub your scalp, maybe give you a head massage, spruce up your 'do, has its perks. Entire films have been made about the goings-on at beauty salons, after all.

"When you sit in that chair, you feel like you can let go of everything. You're able to talk to him about relationships and spirituality and what's going on with women. I'll try different rhymes on him," says Common of his barber.

He's co-starring in "Barbershop: The Next Cut," opening Friday, alongside Ice Cube, Eve and Cedric the Entertainer. The crew is back, and this time, dealing with neighborhood violence and how to stop it. It's the third installment of the popular series: 2004's "Barbershop 2: Back in Business" grossed $65 million and 2002's "Barbershop raked in $75.1 million.

But speaking of Cedric, the comedian can appreciate a little pampering. Yes, he loves to relax.

Wait, excuse us, but he's an aficionado of spa treatments?

"You don't get to be this chocolaty without getting exfoliated. You got to scrub that. That's alpaca. It's in those kind of environments where you find yourself in intimate scenarios. They feel like therapy. You have a pact with them that (what you say) can't go any further," he says. 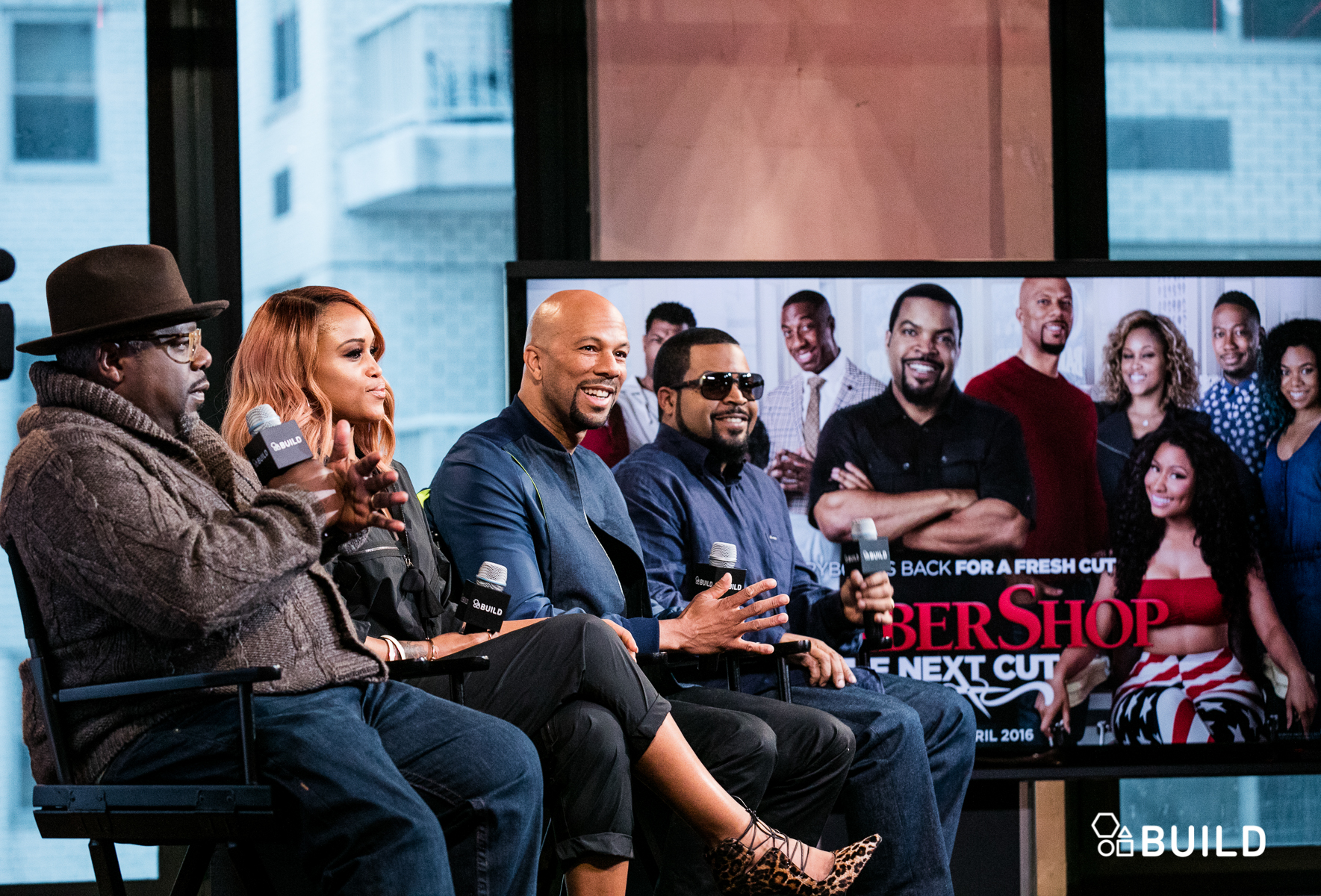 We defy anyone, and we do mean anyone, to talk to Cedric and keep a straight face. The veteran comedian goes from riffing on spas to discussing his fashion idea: canine formalwear. So really, how did the cast manage to shoot an entire film without busting a gut?

"Luckily everyone is a pro. As a comedian you live to break somebody in a scene. Especially Cube. If you can break Cube, that's like winning. He's Ice Cube. Even when he's having a good time, he's like, 'Yeah, that's funny.' The energy on the set was one where we loved challenging each other,' says Cedric.

Common, who won a best original song Oscar for "Glory," from "Selma," says it's part of yet another day at the office. "It's one of those things. You just gotta laugh, man. How you gonna keep a straight face when Ced is going off like that?" he says.

Of the two men, one takes longer to get ready than the other. "I probably do. We haven't had a contest but my barber really takes a long time. Maybe Cedric's barber does the same thing too. I be wanting my beard to be right," says Common. 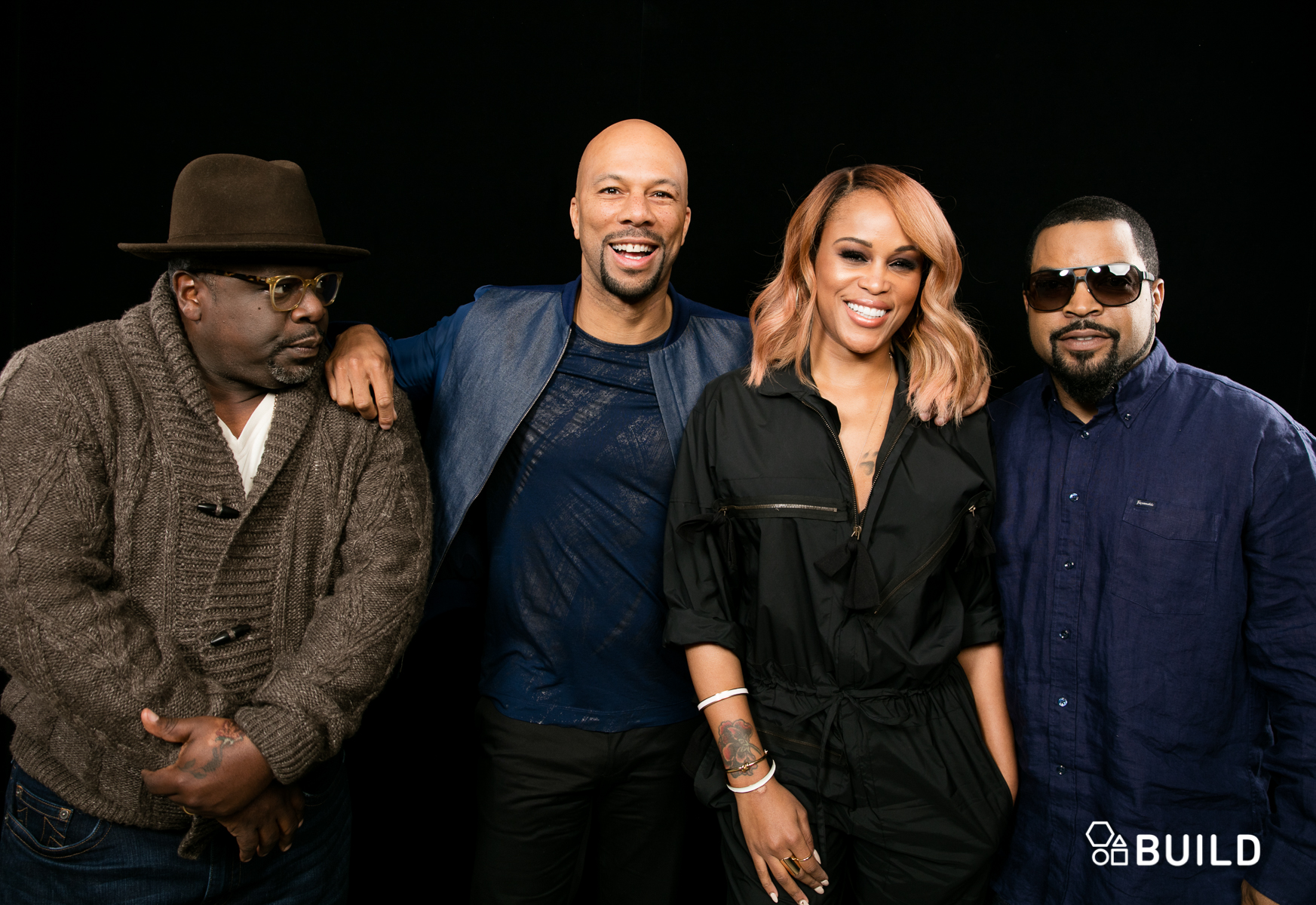 One of the funniest scenes in the film involves Ice Cube being accosted for selfies by female fans. It's an issue that just about every celebrity faces to varying degrees.

"Yeah, that's been a pet peeve of mine the last couple of years. It's ruined meeting people. People would rather get the picture before they meet you. They take the picture and walk off. It's all about their social media. 'Look what I did today.' I'm a statue to you. You didn't fan me out for real because you didn't bother to meet me," says Cedric.

As for Common, don't try to be coy with him, and don't accost him. Just be nice. "As long as someone asks. What I don't like is when someone takes a picture and you don't even know. A selfie, if they ask, I'm all cool with it. It's all good," he says.