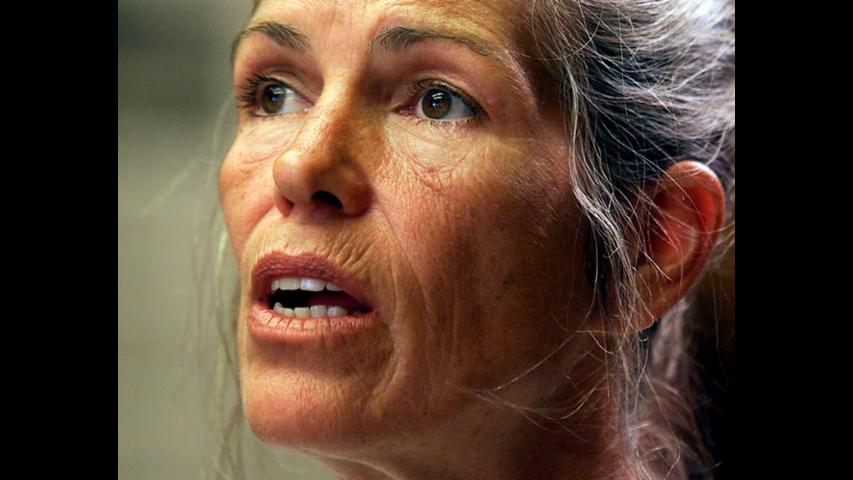 Van Houten, 66, has been serving a life sentence for the murders of Leno and Rosemary LaBianca, who were stabbed to death in their Los Angeles home on Aug. 9, 1969.

Van Houten, 66, has been serving a life sentence for the murders of Leno and Rosemary LaBianca, who were stabbed to death in their Los Angeles home on Aug. 9, 1969.

The killers used the victims' blood to write "Rise," "Death to Pigs" and "Healter-Skelter," a misspelled reference to a Beatles song, on the walls and a refrigerator door.

The hearing for Van Houten, whose previous requests for parole have been denied, was set for 8:30 a.m. Thursday. The parole board's decisions are generally made the same day as the hearing, said Jeffrey Callison, spokesman for the California Department of Corrections and Rehabilitation.

Manson became one of the 20th century's most infamous criminals in the summer of 1969, when he directed his mostly young, female followers to murder seven people in what prosecutors said was part of a plan to incite a race war between whites and blacks.

Among the victims was actress Sharon Tate, the pregnant wife of filmmaker Roman Polanski. She was stabbed 16 times by members of the cult in the early-morning hours of Aug. 9, 1969.

Four other people were killed at Tate's home that night by the Manson followers but Van Houten was not involved in the Tate murders.

Manson, now 81, is serving a life sentence at Corcoran State Prison in California for the seven Tate-LaBianca killings and the murder of another man, Gary Hinman, in July 1969. He repeatedly has been denied parole.

Manson 'family' member recommended for parole in California
It looks like Charles Manson’s marriage license is going to expire before his bride-to-be is able to walk down the aisle… or the prison hallway.
Here's Charles Manson and his 26-year old girlfriend, who he just got a license to marry: http://t.co/tmLhvgqnlO http://t.co/NU9UuBNz2a
Charles Manson Mugshot
The three female defendants in the Tate/LaBianca murder trial leave the Los Angeles courtroom after being convicted of first degree murder, 25th January 1971. From left to right, Patricia Krenwinkel, Susan Atkins and Leslie Van Houten were found guilty of the murders of actress Sharon Tate and six other people, in collaboration with Charles Manson. (Photo by Bride Lane Library/Popperfoto/Getty Images)
hideout where charles manson was arrested located in death valley california above the ghost town of ballarat in goler gulch
Charles Manson Mugshot
Up Next