GoPro cameras are about to get a lot more useful 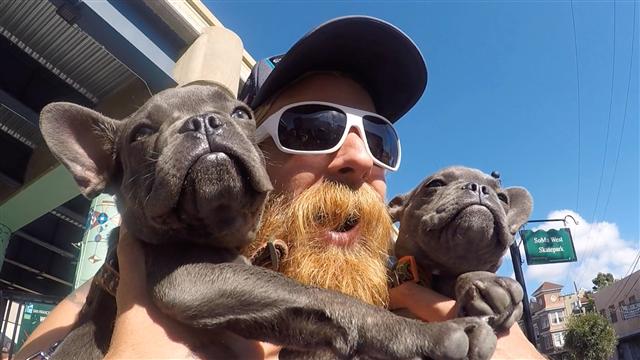 SAN FRANCISCO -- You may soon have a lot more options to control your GoPro.

GoPro introduced a new developer program Thursday that will allow apps to integrate directly with their action cameras, the company announced at a press event in San Francisco.

SEE ALSO: Periscope and GoPro are a winning combo, but the experience is less social

The developer program allows companies to integrate with GoPro through software and hardware. If you're an app maker, you can build camera controls, video previews and file management into your app. If you make hardware, the developer program makes it easier to create accessories, which also have access to core camera functions. GoPro is also offering a toolkit to enable manufacturers to make mounts for the cameras.

Early developer partners include names like BMW and Fisher-Price. BMW used the company's app and device tie-ins to create an app called M-Laptimer, which analyzes driving stats -- like speed and location -- when a GoPro is connected to a car.

"This is our chance to celebrate and support third-party developers ... while scaling GoPro's ecosystem in a very important way," GoPro CEO Nick Woodman said during a press event in San Francisco.

For GoPro, the company is hoping that creating a more robust ecosystem of apps and accessories to complement their action camera will boost sales and help set them apart from competitors. But the developer program also has interesting implications for live video. The company has already partnered with Periscope and Meerkat on live streaming via their action cameras, and more live streaming app partners seem likely now that there's an official developer program.

The news comes just one day after Facebook wrapped up its annual F8 developer conference -- also in San Francisco -- where the social network announced it was opening up the API to its live streaming product to hardware and software makers. The move will allow app makers to build Facebook Live into their apps as well as enable camera makers and drone companies to build live streaming capabilities (via Facebook) into their products.