What happens when you crack an egg underwater? 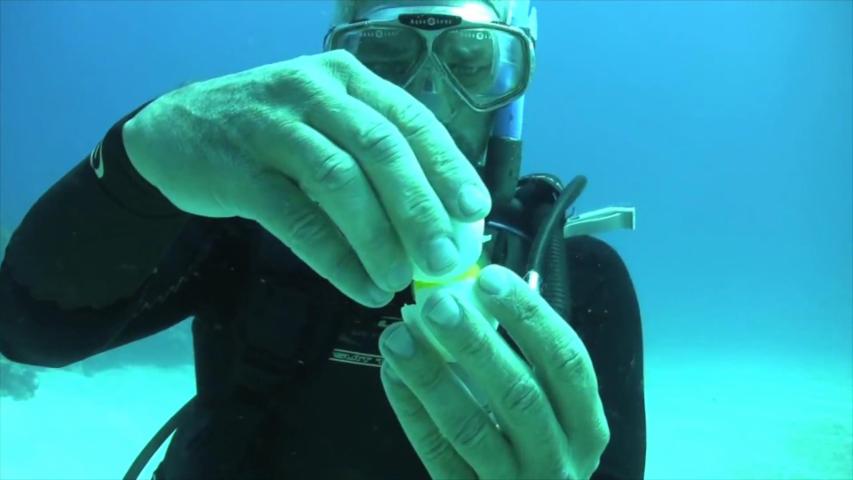 The Bermuda Institute of Ocean Sciences sent divers deep into the ocean to uncover how fish make their omelets -- and their findings were fascinating.

In the video above, we see a diver use a small knife to break through the eggshell.

After the egg is carefully coaxed out of its shell, it becomes apparent that the yolk manages to completely retain its shape on its own.

One of the divers was even able to make the egg 'dance' around by manipulating the current of the water around it.

But wait ... we're used to this puddle thing happening when we crack open an egg.

Not this spherical thing.

According to LiveScience.com, the egg is able to maintain its shape, even while in motion, due to the weight of the water surrounding it and the pressure from being so far below the surface.

Deep underwater, a cracked egg doesn't immediately loose its structure as it does in the open air. Instead, the surrounding water assumes the role of the eggshell, exerting enough inward pressure on the egg (2.8 times atmospheric pressure, to be exact) to keep it intact.

Apparently, had the experiment been performed even deeper underwater, the pressure would have been too intense and the egg would have eventually exploded on its own -- much like it did when the diver eventually clapped his hands on the egg, bursting it into a cloud of white and yellow dust. 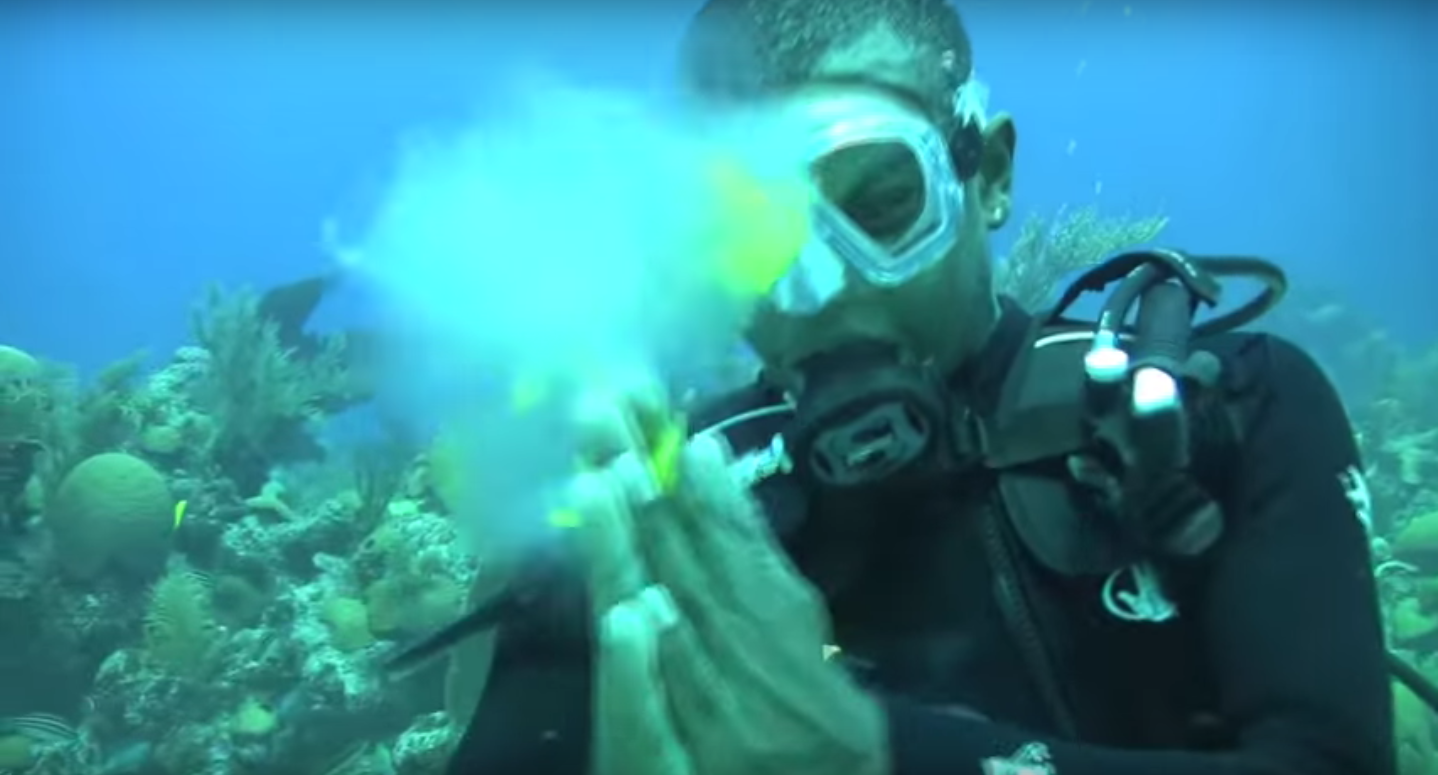 Looks like we won't be getting that omelet today after all.

More from AOL.com:
Wal-Mart's newest promotion can save you $100 on a new smartphone
Summer inside a house-sized accordion in Sweden
This hack gave a British man access to free and unlimited Domino's pizza