The cheapest states for day care 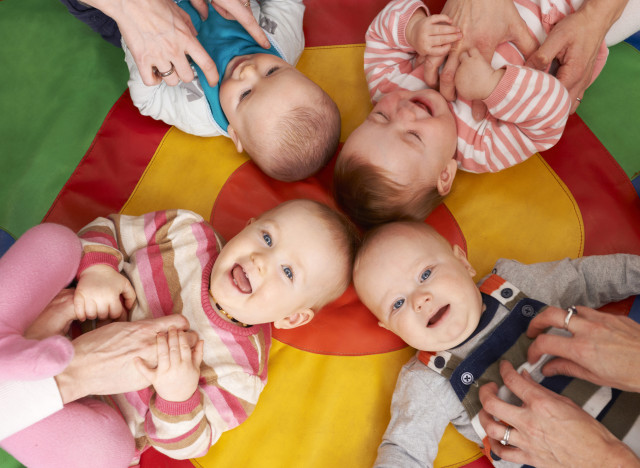 So you did your research, filled out applications and survived the interview process. Congratulations! Your child is off to the best day care in town. (Yes, day care is now this involved. It certainly wasn't like that when we were kids!)

But with this accomplishment comes a seriously hefty price tag. The Economic Policy Institute recently released data about child care costs in the U.S. that found 33 states, plus Washington D.C., have day care facilities that charge more than college tuition for a four-year public school. That's mind-blowing, especially for families with more than one kid.

To think these numbers are tied to the cost of sending toddlers to preschool seems ridiculous, but to put it in perspective, Washington D.C., has the most expensive preschool costs in the nation, at $22,631 per year. Massachusetts has the second-most expensive costs for preschool, at $17,062 per year.

Fortunately, some states' child care won't set parents back more than the cost of a mortgage. Using annual child care cost data from the Economic Policy Institute's study, along with their stats on annual housing, we've listed 10 of them here.

With the average annual cost of housing at slightly more than $8,200 in Oklahoma, child care costs 17.2% less than average rent in the state.

Wyoming parents face child care costs around $2,785 more per year than the cost of in-state tuition at a local college.

Sending your little one off to child care in the Palmetto State costs around $70 less than in Wyoming, but it will still take about 12% of an average family's income.

In Kentucky, families look at around $525 of their annual salary going to child care each month — and that's just for one child.

In Arkansas, minimum-wage workers dropping their little one off for the day would need to work full-time for 19 weeks straight just to pay off the costs of child care. (For more tips on saving without feeling miserly, go here.)

The cheapest states for day care

Want to see which states cracked the top five? Check out the full article on Credit.com.

More from Credit.com
The lifetime cost of debt calculator
What's a good credit score?
How to get a credit card with fair credit