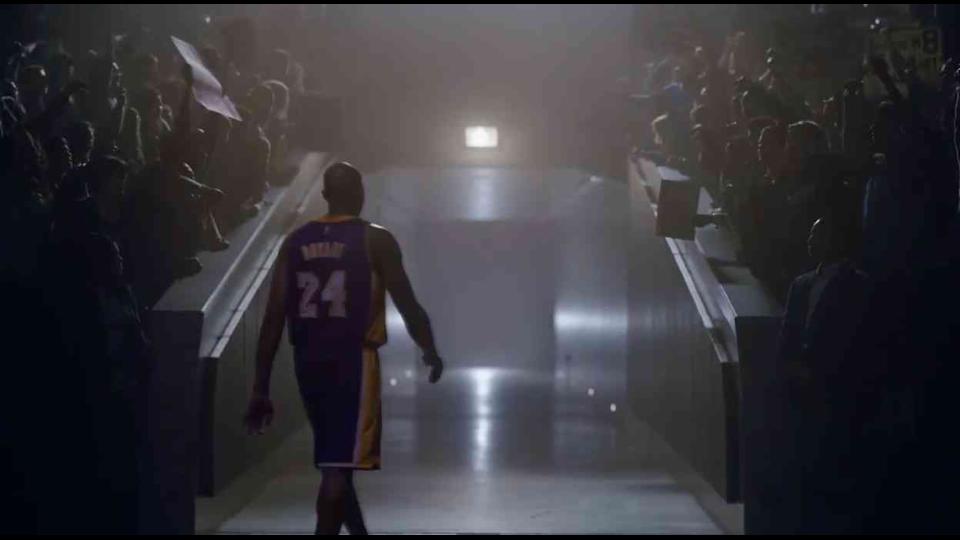 Kobe Bryant will play the final game of his NBA career on Wednesday night. To celebrate Bryant's career, Nike released a new commercial on Wednesday entitled "The Conductor."

In the commercial, Bryant conducts an orchestra of heckling fans as they harmonize to bash and boo Bryant. Cameos include Paul Pierce, Rasheed Wallace, Phil Jackson and Jeanie Buss.

Few athletes have embraced the role of villain quite like Kobe Bryant. But when you remember how dominant he was at the peak of his career, you can understand why the boos so often rang down from the rafters whenever he came to town.

In the commercial, Kobe hits a game winner and starts to hear the boos. In typical Kobe fashion, he embraces it and begins to conduct the chorus:

Paul Pierce has a nice voice:

And so does a scruffy Rasheed Wallace: Phil Jackson and Jeanie Buss make a heartfelt appearance on the piano:

Before Kobe walks off into the sunset locker room.

NOW WATCH: Stephen Curry explains how sitting in a pod for an hour improves his game