Mike Trout shows off skills as a weather man (Video) 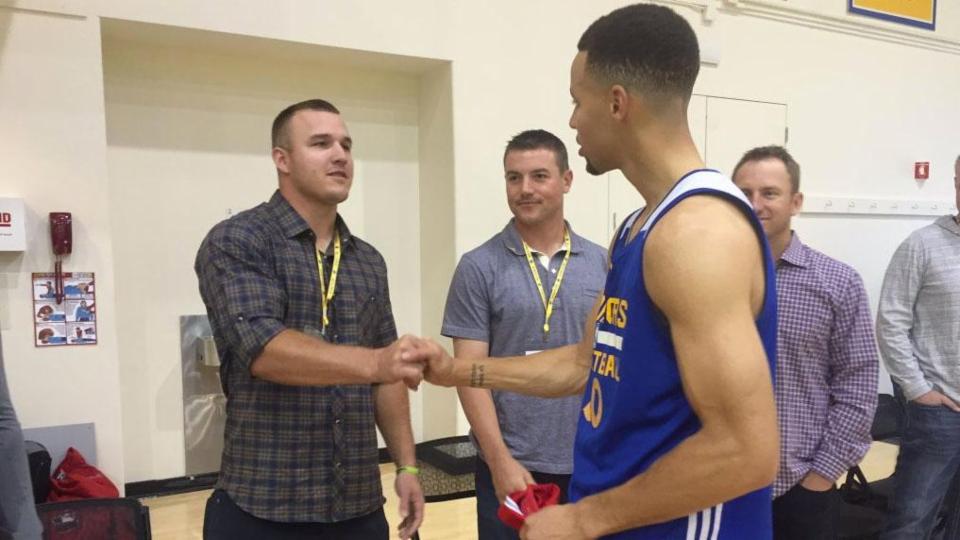 According to official weather reports, there were 0.11 inches of precipitation in Anaheim Thursday night, so predicting "a chance of rain" was a good call, Mike!

Trout is a weather geek. And that might even be an understatement. At the first notice of unusual weather near his hometown of Millville, N.J., he apparently reads every weather website, checks every radar and barely sleeps. When it comes to weather, Trout is like a little kid on Christmas Eve, eagerly waiting for Santa to bring him tons of toys.

It was just a matter of time before Storm Chaser @MikeTrout got his own weather segment.

It sounds silly, but Trout's obsession with weather has already been indulged by credible members of the meteorology field.

Back in August, Mike Trout and The Weather Channel discussed the possibility of having "Trout moonlight as a field correspondent during the offseason, should a major storm head toward his hometown of Millville, N.J." And one did—sending Trout into his car in January to film the snowstorm.

Then in February, noted weather expert Jim Cantore—Trout's hero, you could say—sent Trout his own weather balloon, which uses a small measuring device to track information on factors like temperature, humidity and wind speed.

It's the least he could do, being that the baseball star had a tendency to direct message him on Twitter asking incredibly detailed and serious weather questions

There's no need to worry: Trout's not leaving the baseball diamond anytime soon for The Weather Channel. He just found yet another career path in which he can excel.

Mike Trout shows off skills as a weather man (Video)

(Harry How via Getty Images)

(TIMOTHY A. CLARY via Getty Images)