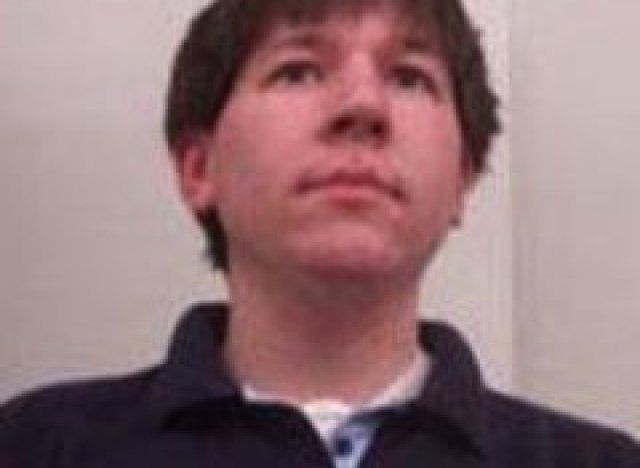 Matthew Keys, the journalist convicted of giving Anonymous access to the Los Angeles Times website, has been sentenced to two years in prison.

Heading into the trial, prosecutors had initially asked for five years. The maximum sentence for all three counts he was found guilty of was 25 years behind bars.

In 2010, Keys either left or was fired from Sacramento's Fox 40 news, whose parent company, now known as Tribune Media, also owned the LA Times. The FBI says he then gave credentials for the site's content management system to self-designated Anonymous hacktivists, one of whom changed one story, headlined "Pressure builds in House to pass tax-cut package," to "Pressure builds in House to elect CHIPPY 1337," an inside joke. The story's subhead was similarly altered, and the byline, instead of naming Times reporter Lisa Mascaro, read "CHIPPYS NO 1 FAN."

Anonymous-linked journalist sentenced to 2 years in prison
Matthew Keys, deputy social media editor for Reuters.com, is seen in his online profile in this undated photo. A federal grand jury has indicted Keys for conspiring with members of the Anonymous hacking collective to break into the computers of his former employer, Tribune Co. The alleged incident occurred before he joined Thomson Reuters Corp, the indictment filed on Thursday indicated. REUTERS/Staff (UNITED STATES - Tags: MEDIA BUSINESS LAW)
A quick note on today, and a special thank you to all of you who have tirelessly supported me - https://t.co/l3WNg3NmWP
This whole process has been exhausting.
2 years. We plan on filing a motion to stay the sentence.
Still here. Still going to work hard to bring you important stories that matter -- as long as I can.
When we do appea, we're not only going to work to reverse the conviction but try to change this absurd computer law, as best we can.
An aside, I was not expecting to be called a terrorist in court. But it happened!
What has happened to @matthewkeyslive today is not justice. 2 years is absurd & accomplishes nothing. Does punishment fit crime? No.
In retrospect, perhaps affluenza would have been a better defense than innocence.
In any case, the sentence is what it is. I’m innocent, and I hope that we can make some headway in the appeals process.
What you won’t see in the DOJ press release: That same judge praised my contributions to the journalism industry. Read the record.
Interesting how @MatthewKeysLive was sentenced to prison, but the actual hackers never were. ¯\_(ツ)_/¯
Imagine if Steve Jobs and Steve Wozniak had experimented with Blue Boxes in Sacramento circa 2011. Felony convictions. No Apple.
@MatthewKeysLive really sorry to hear about this. This is not what justice is supposed to be about.
Up Next

That defacement lasted only about 40 minutes. According to an FBI report, Keys' actions cost the Tribune an estimated 333 work hours and $17,650.40 to repair, though the Tribune later estimated it experienced nearly $1 million in damages.

MORE FROM VOCATIV: ISIS: Brothers Were Behind Attacks In Both Brussels And France

On Oct. 7, 2015, Keys was found guilty of violating the Computer Fraud and Abuse Act (CFAA), a controversial 1986 anti-hacking law that broadly criminalizes "unauthorized access" of a computer, over the Times defacement. Keys, an active Twitter user, was quick to voice his displeasure.

The person who actually altered the Times article, who used the username "Sharpie," has never been charged.

A few hours before his sentencing, Keys posted on Medium that he was "innocent" and called the CFAA an "antiquated and draconian computer law that governs us all."

MORE FROM VOCATIV: How STIs May Have Forced Cavemen To Be Monogamous

At the sentencing, Dan Gaines, former senior deputy online editor at the Times, referred to the defaced website as an attack on the Fourth Estate, and painted news sites' credibility as a vital public service, according to Motherboard contributing editor Sarah Jeong, who attended.

"We are one of the few points of stability on the web... for our industry it’s crucial that we be a beacon in a confusing world."

More from AOL.com:
Sources: At least 4 sexually abused by Dennis Hastert
America's poor die much younger than its rich, but the gap is smaller in New York City
Memphis homicide rate nearly doubles that of Chicago this year