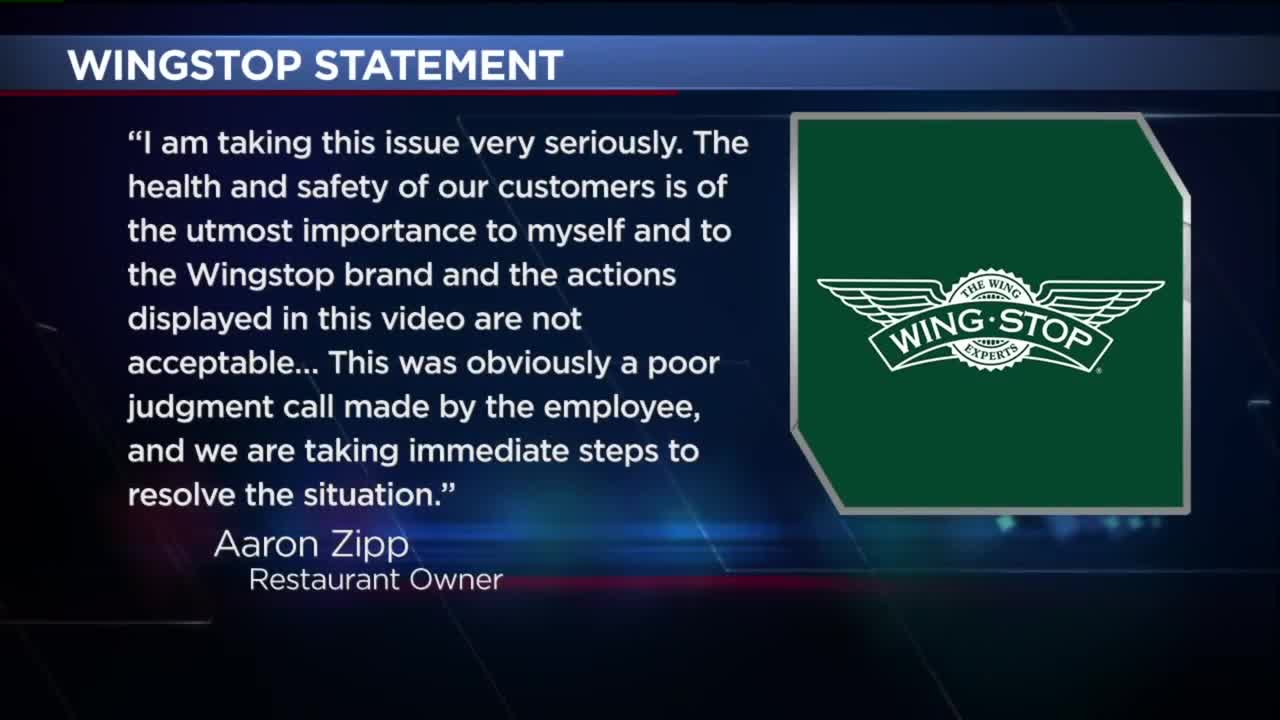 THORNTON, Colo. (KDVR) -- A video surfaced on Facebook of a Thornton Wingstop employee putting her face in a bucket full of raw chicken. It appeared to be some sort of prank that the entire staff was in on.

The post was soon deleted, but not before the FOX 31 Denver Problem Solvers received a tip from a viewer who said she was grossed out by the video.

"I was disgusted," Lizzie Pressel said. "That's your work. I mean it comes down to work ethic. It's your job, you need to have respect.

"We always go to that (location) because they cook the wings perfectly, but now where are we going to get good wings from?"

The Problem Solvers went searching for answers to find out how it happened and what the restaurant owner is doing about it.

After asking the employees at the store, who responded with "no information," the franchise owner Aaron Zipp said in a statement:

As the owner of this Wingstop location, I am taking this issue very seriously. The health and safety of our customers is of the utmost importance to myself and to the Wingstop brand and the actions displayed in this video are not acceptable. We have an established and positive 13-year track record with the Tri-County Health Department and have a zero-tolerance policy for the mishandling of our food. We have confirmed that the food in the video was not served to customers and was immediately thrown away after the video was taken. This was obviously a poor judgement call made by the employee and we are taking immediate steps to resolve the situation.

The Wingstop location has not had any major health code violations in the past.

The Tri-County Health Department was not aware of the video. After sharing it, the director of health said it will make a visit to the restaurant to do some investigating as well as some education.

More from AOL.com:
15 money-making items you didn't even know you had in your attic
Denver couple builds $500K home out of shipping containers
Wal-Mart's newest promotion can save you $100 on a new smartphone