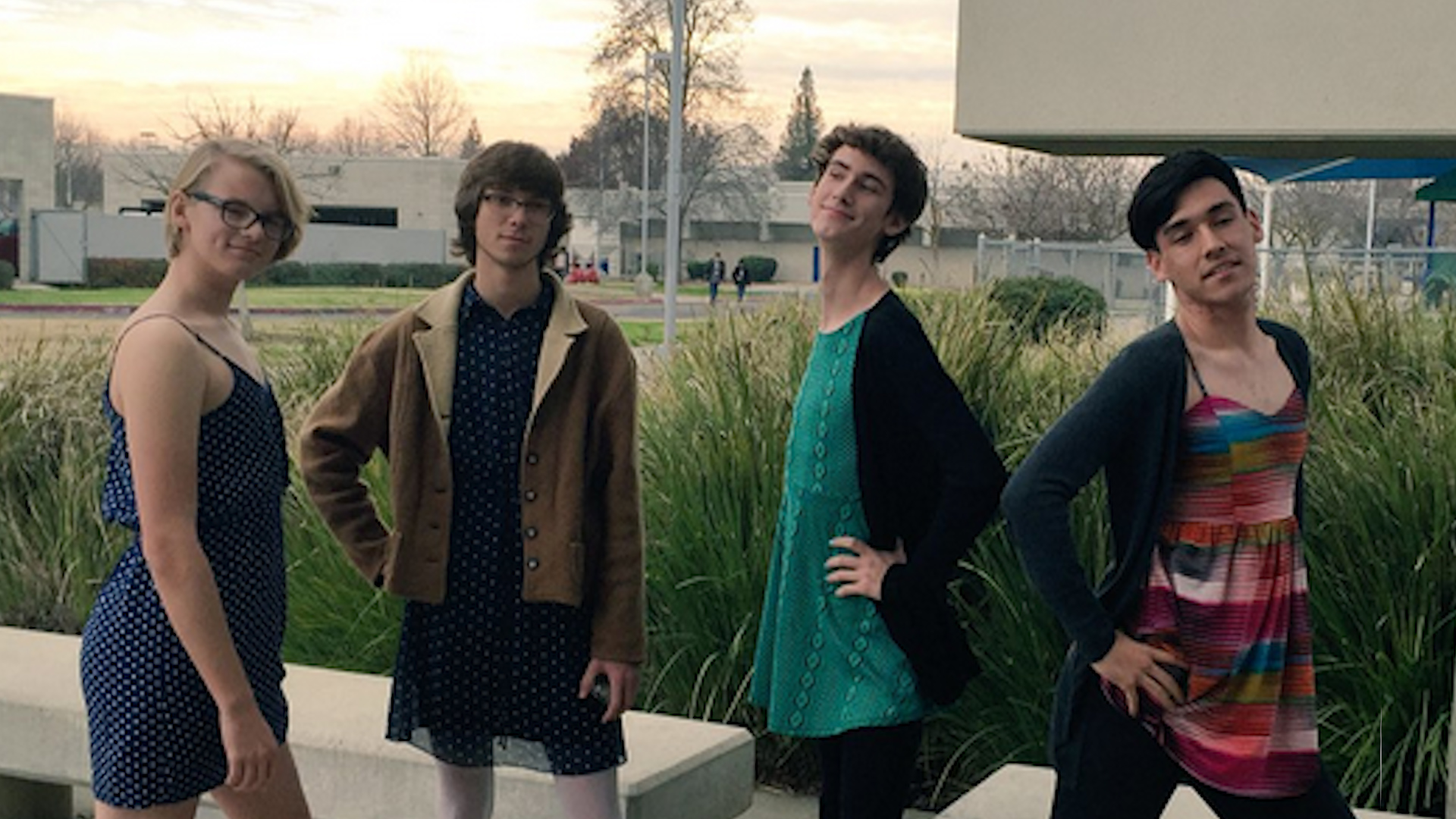 On Monday, the Cut reported on a New Zealand school's dress code requiring girls to wear knee-length skirts so as not to distract their male classmates and teachers, suggesting that these rules would keep the female students "safe."

For teens across the country, these words are cuttingly familiar, and many continue to protest the dress codes that punish and shame girls for their bodies. But when the Cut shared its latest story on the issue, singer Erykah Badu said she thought the New Zealand school was in the right — girls should have to cover up.

Read more: This Is What It Takes to Overturn Sexist High School Dress Codes

"I agree," the singer wrote. "We are sexual beings. We should consider everyone. Young girls are attractive. Some males are distracted."

...I am aware that we live in a sex l-driven society. It is everyone's, male and female's, responsibility to protect young ladies...

...one way to protect youth is to remind them we are all sexual in nature and as they grow and develop it is natural to attract men...

...it is not them who is doing anything wrong by being beautiful and attractive but with such imbalance in our society it is smart to be...

Badu tried to chalk it all up to biological differences, and said hers is a lesson she would teach her daughters:

... aware and awake. Men and women both go thru cycles of arousal. Men automatically are attracted to women of child bearing age....

...I want my daughters to understand this. I want them to be themselves and wear what they like, yet be aware. Not ignore our differences...

Males should be taught to be responsible for their actions from childhood. It's not ok to "prey" on young women...

And she said it's men's "nature" to be attracted to a young women in a "revealing" skirt, so a stricter dress code for female students is only fair.

...But do I think it is unnatural for a heterosexual male 2b attracted to a young woman in a revealing skirt? No. I think it is his nature..

...if I had a school I would make sure that the uniform skirt length was a nice knee length... It is fair to everyone...

Badu's tweetstorm didn't go over so well with most of her followers. Though Badu tried to pass off her opinions on the sexist dress code as matters of fact, Twitter users didn't think they sounded all that different from straight-up victim blaming:

LAWS don't stop rapists, wtf you think clothes are going to do?

@fatbellybella I just think if we really want to keep the babies safe, teach em body positivity and consent. And let em dress themselves.

@fatbellybella that's not going to stop predators no matter what. this is still victim blaming.

And others thought Badu was giving men a free pass when society should be holding them responsible for their behavior instead of the young girls they're sexualizing:

Never trust any woman who says some patriarchal bullshit and then says, "we need a man's perspective".

Badu's views may be representative of when, in 2010, the singer told the Guardian she doesn't see herself as a feminist and instead calls herself a humanist. Still, devoted fans were devastated to hear Badu agree with the sexist dress code.

Why is Erykah Badu breaking my damn heart right now with her talk abt how young girls need to "cover up" around boys?

And one Twitter user had just one word for the singer: