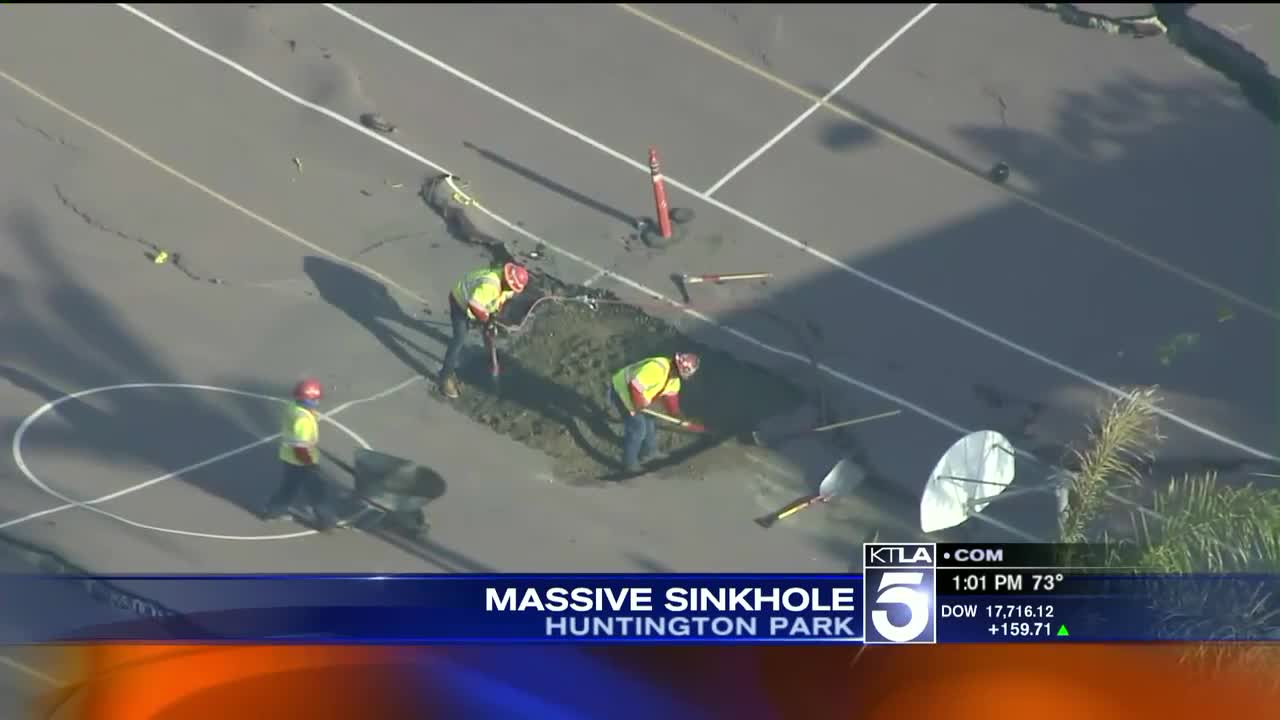 (KTLA) Crews on Tuesday are working to repair the outdoor basketball courts at Linda Esperanza Marquez High School in Huntington Park after the ground buckled.

It was unclear when exactly the partial collapse occurred on the high school's campus, which is located at 6361 Cottage St.

The water collection area was created under the courts as part of a construction project at the school three years ago, according to LAUSD Chief Facility Executive Mark Hovatter.

Photos from the scene:

In January, officials noticed the pavement on the basketball courts was "cracking" in the area of the man-made hole, Hovatter said. They predicted that it would settle and immediately fenced the area off.

"There was never a danger to any students," he said.

It was not a sinkhole, according to school district officials.

"The most important thing to point out is this is not a sinkhole. A sinkhole implies that there's some unknown factor and you don't know how far it's going to go," Hovatter said. "We know exactly what this is, and how far it can go.

He added that there is "no danger" of the collapsed portion expanding beyond its current confines.

It was not immediately known how long it will take to fix the pavement.

Crews working to repair a man-made water collection basin -- not a #sinkhole -- at Marquez HS.

More from AOL.com:
Could you live in a retro school bus for under $20K?
This teen was accepted in to every college she applied to...and they were all Ivy League
Newtown, Connecticut, middle-school teacher arrested on a charge of bringing a gun to school