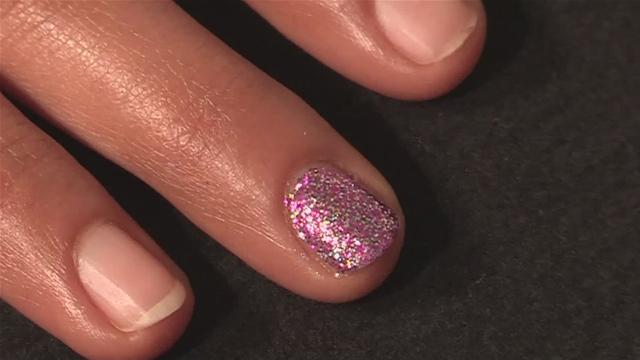 All that glitters is not...safe?

That's right, folks. Nothing is safe anymore. Not even this stuff. 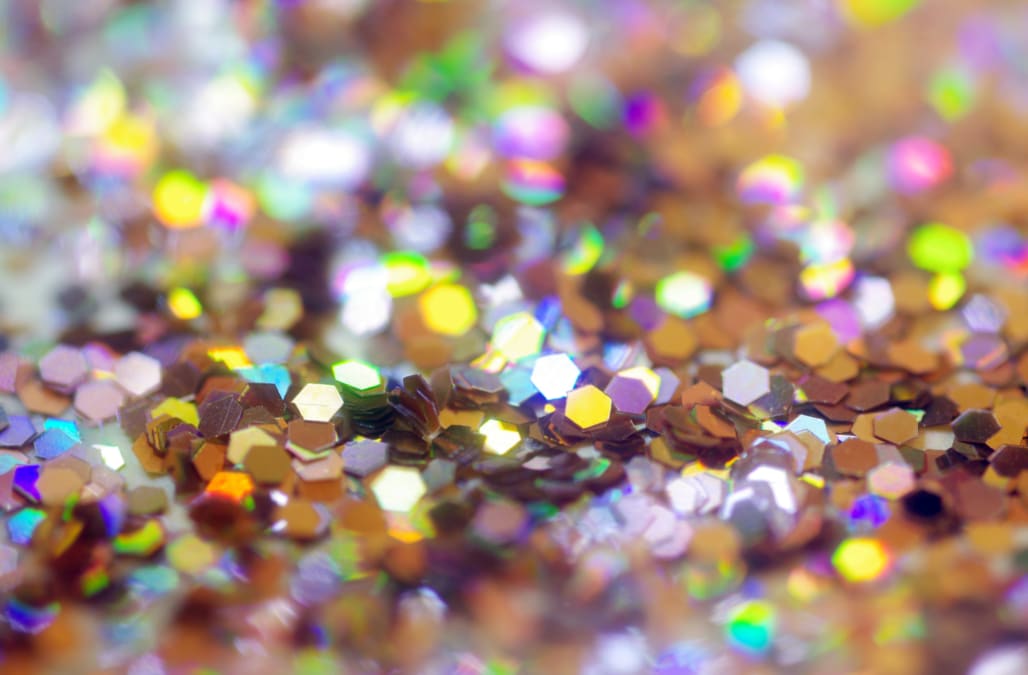 A Florida woman by the name of Erica Diaz who, according to a GoFundMe page started on her behalf, is an "awesome mom to two beautiful young girls, a devoted wife to her loving husband and an entrepreneur, owning and operating her own business," was reportedly cleaning up an art project she was working on with her daughter, Zoey, when a piece of glitter lodged itself in her cornea.

SEE ALSO: Sunbathing woman run over by vehicle on beach

Diaz, who kept a shockingly good sense of humor about the entire terrible situation, documented the progression of her injury on Imgur.

Here she is before the incident. 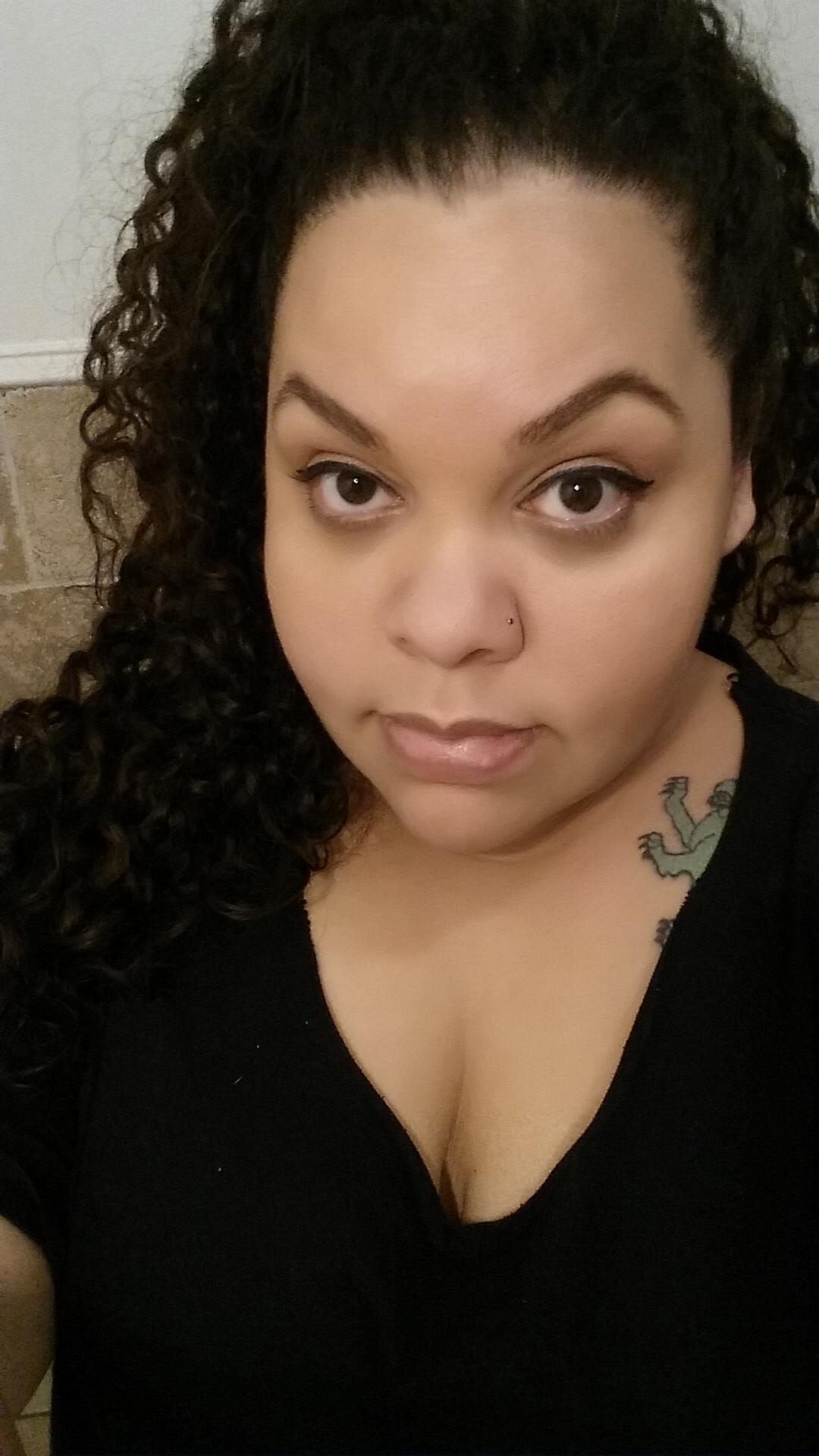 (For your stomach's sake, we have omitted most of the photos of the incident from this article -- before you click to view any more photos from Diaz's Imgur account here, we must warn you that some of the images are extremely graphic. Viewer discretion is advised.)

According to Diaz, her "minor" injury quickly escalated to the point where the entire eye became infected.

She was prescribed a series of eyedrops to try and solve the problem, but all the medication did was leak into her hair, eyelashes and eyebrows, basically melting them off.

According to Daily Mail, the infection progressed so quickly that the hole made by the single piece of glitter grew from one millimeters to seven millimeters in under a week.​

The pressure reportedly built up so quickly and so intensely that immediate surgery was necessary.

While doctors had hoped to remove only a part of the eye and offer a corneal transplant, complications occurred and doctors had to remove Diaz's eye completely over a fear that she might die of sepsis.

There was just no saving the eye. 2 failed cornea transplants, medicinal injections, drops, oral meds, etc. Nothing ever really controlled the infection. My vision was gone gone by the end, not even light sensitive. At my last check up they discovered opportunistic growths in the eyeball and that it was starting to cave in on itself in the back. If this happened, and it ruptured, the fungus would be pushed into my bloodstream and cause systemic sepsis. There was a chance that f***ing piece of glitter in my eye could actually kill me. 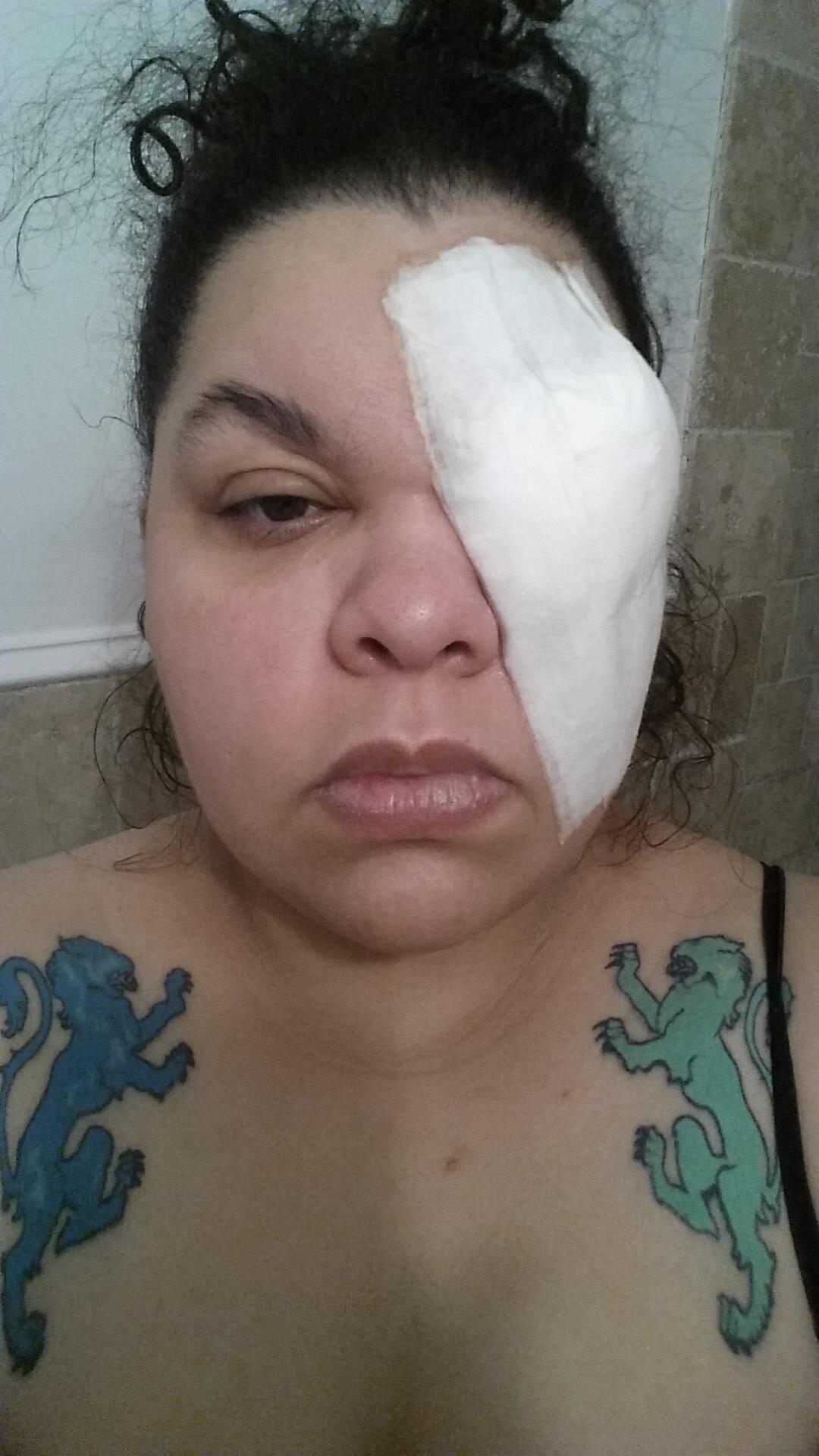 And here she at the beginning of her long recovery process last year: 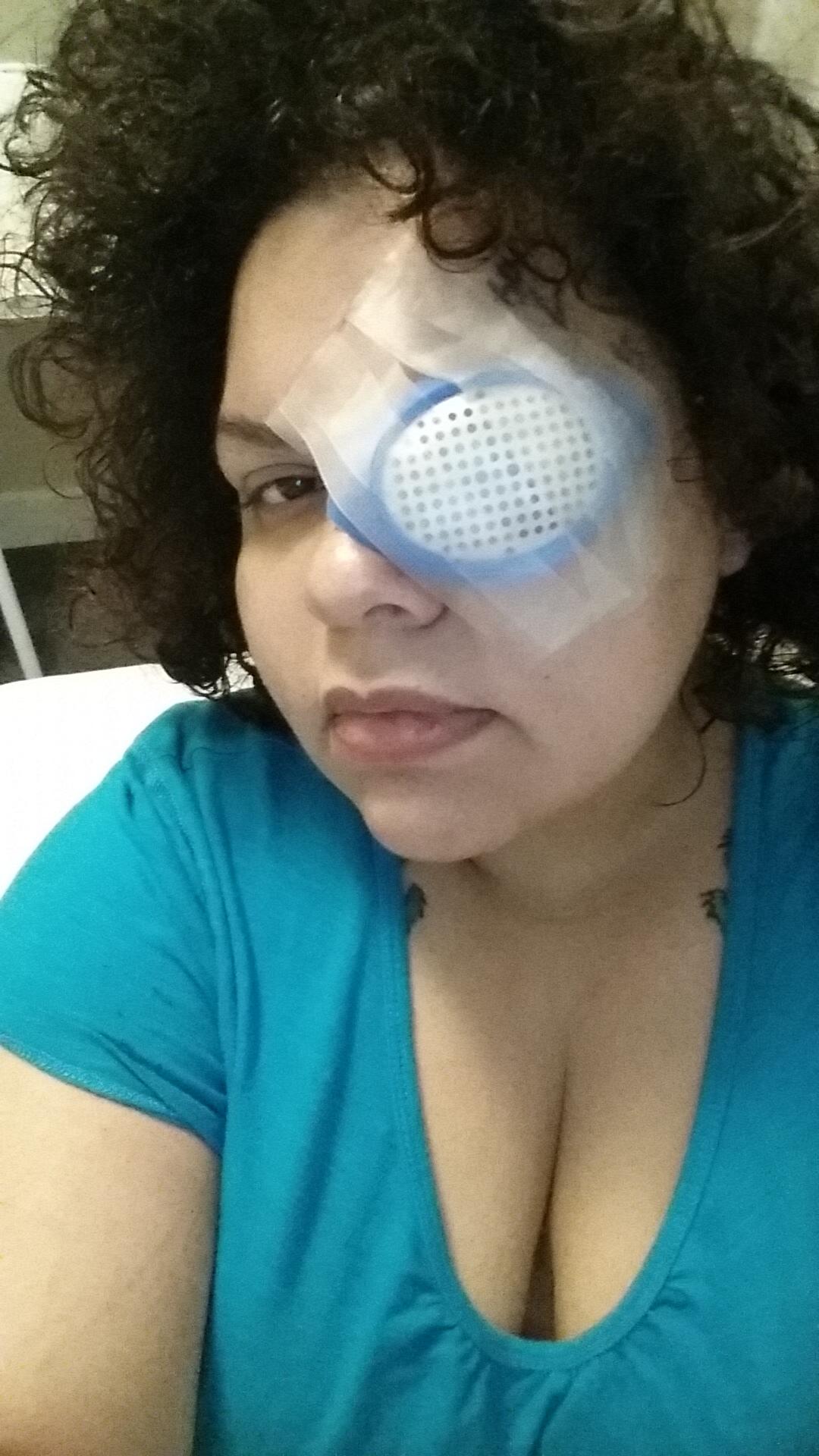 According to Bustle, Diaz is still having complications with the prosthetic implant over a year later -- it doesn't fit right and it causes her lots of discomfort, making her worry there will be many more steps of recovery ahead.

However, despite all she is going through, Diaz still maintains her cheerful and comedic disposition about the whole situation.

"I ended up stripped of all of the things that I thought made me beautiful, and I figured out that even as a chubby bald Cyclops I was still a beautiful woman, still a beautiful human," she told Daily Mail. "I'm thankful for it all in that way."

In the end, Diaz says she isn't even bitter towards glitter, she just hopes people can learn from her incident to prevent it from ever happening again.

"Do I think glitter should be banned? No. Just wear goggles and gloves when using it to protect your eyes and keep it from getting stuck under your nails where you risk rubbing it into your eyes accidentally."