Think twice before taking a job below your skill level 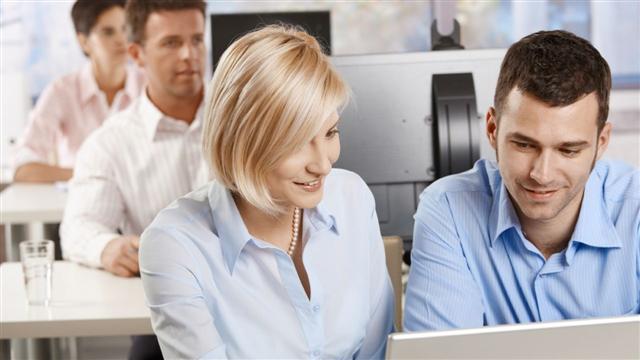 Let's say you're flying high in a job that challenges you and drives your career forward. But a major life change – a layoff or relocation, for example – forces you to take a lower-skilled gig.

"There's no shame in sometimes taking a job where you're paid less money than you were earlier," says Vicky Oliver, author of "301 Smart Answers to Tough Interview Questions." Working life isn't "always a forward march – sometimes you veer horizontally," she says.

But will that period of less-skilled employment make you look like a slacker to future hiring managers? Is it better to stay unemployed? Here's what to know before taking a job below your skill level.

Your resume might not get far. Job candidates working below their skill level receive fewer positive responses, or "callbacks," than those working at the right level, according to research from the University of Texas–Austin. The study, which involved submitting thousands of fictitious resumes to real job openings, revealed that 5 percent of applicants working below their skill level received a callback, about half the rate of that for workers in full-time, appropriately skilled jobs.

"What the study shows is that, for both men and women, taking a job below their skill level results in severe penalties, compared with workers who've stayed at their skill level," says David Pedulla, an assistant professor of sociology at UT–Austin who authored the study. Interestingly, he found that a period of part-time work negatively impacted men – but not women.

Pedulla hesitates to draw conclusions for real workers from his research and points out that it doesn't dive into what happens to these workers in the cases where they make it to the interview and wage-negotiation stages. Instead, he says, "it's important to understand the broad level."

[See: 10 Things Your Mom Didn't Teach You About Job Searching.]

Unemployment isn't good either. Recruiting and hiring experts say that workers are almost always better served taking a job that doesn't meet their skill level than wallowing in unemployment for months on end. "It's always better to be working than not to be working," Oliver says. She views a job, even one that's a step back, as a chance to network, keep skills fresh and stay engaged. Plus, many workers don't have the choice to delay earning a steady paycheck.

And having a blank spot on your resume can ding your shot at getting a callback, too. Data show that the long-term unemployed also deal with lower response rates from employers. So, if workers are choosing between a survival job and staying out of work, it can be better to stay in the game.

Address it in an interview. Employees working below their skill level who manage to get to the interview phase of a new job should prepare a brief explanation of their current circumstances, experts say. "Get a one-line explanation for your step back," says Ian Siegel, co-founder and CEO of ZipRecruiter, a job search website. After neatly packaging the explanation, they should direct the interviewer to look forward, not back. "You want to always figure out how to tell your story through your resume about your skills – and how they apply to the next thing," Oliver says.

Round it out. Experts recommend balancing a lower skill level job with volunteer work and other extracurricular gigs. These resume-boosters can demonstrate to a potential employer that you're keeping your high-level skills current, even if they're not required at your day job. "Volunteer work is great for rounding out and telling a story about your skills," Oliver says. "Maybe you're an administrative assistant and can't do marketing in your current job, but in your volunteer gig, you're doing the website. I'd talk about that."

Of course, an upward career trajectory is always ideal. But sometimes, your career zigs-zags instead of maintaining an unwavering ascent. If you have to take a step back, the pros of taking a lower-level job typically trump the alternative.

Think twice before taking a job below your skill level

More from AOL.com:
4 ways to turn a job-hopper history into a big career asset
4 foolproof job search tips for every kind of job seeker
Don't let 'backdoor references' kill your shot at landing a job