Severe thunderstorm threat returns to the Plains, South through Tuesday 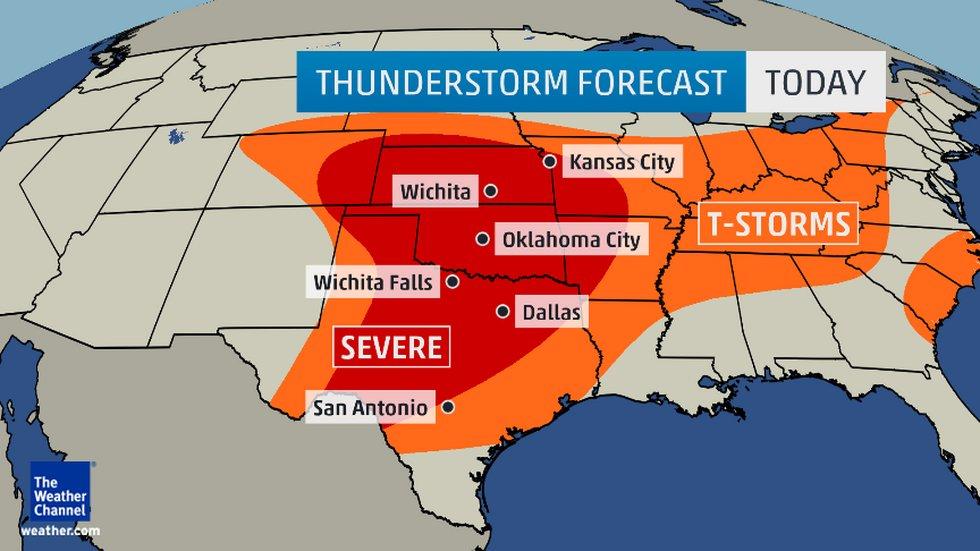 The threat for severe thunderstorms will continue in parts of the Plains and South into Tuesday. In addition to the potential for severe weather, locally heavy rain will also be possible, particularly over the Lower Mississippi Valley.

This is a region that has been hit several times with excessive rain since March.

This threat of severe weather is being triggered by an upper-level storm system that has brought rain to parts of California and the Desert Southwest, and is now pivoting into the South.

Current Radar with Watches and Warnings:

See below for a guide to watch and warning colors.

(MORE: View National Interactive Radar Map | Difference Between a Watch and a Warning)

A combination of wind shear, or changing wind directions at different levels of the atmosphere, surface low pressure tracking along the front from the Plains into the Mississippi Valley, and warm, moist air from the Gulf of Mexico will all be factors in igniting severe thunderstorms.

This is a fairly typical early spring setup for severe thunderstorms from the southern Plains into the Mid-South and Gulf Coast, although this does not look like an outbreak by any stretch of the imagination. Nonetheless, severe weather, including a few tornadoes, will be possible.

Below is a look at what is currently expected into the coming week.

Continue to check back with weather.com for updated information in the coming days.

Related: See extreme weather from across the country so far this spring: