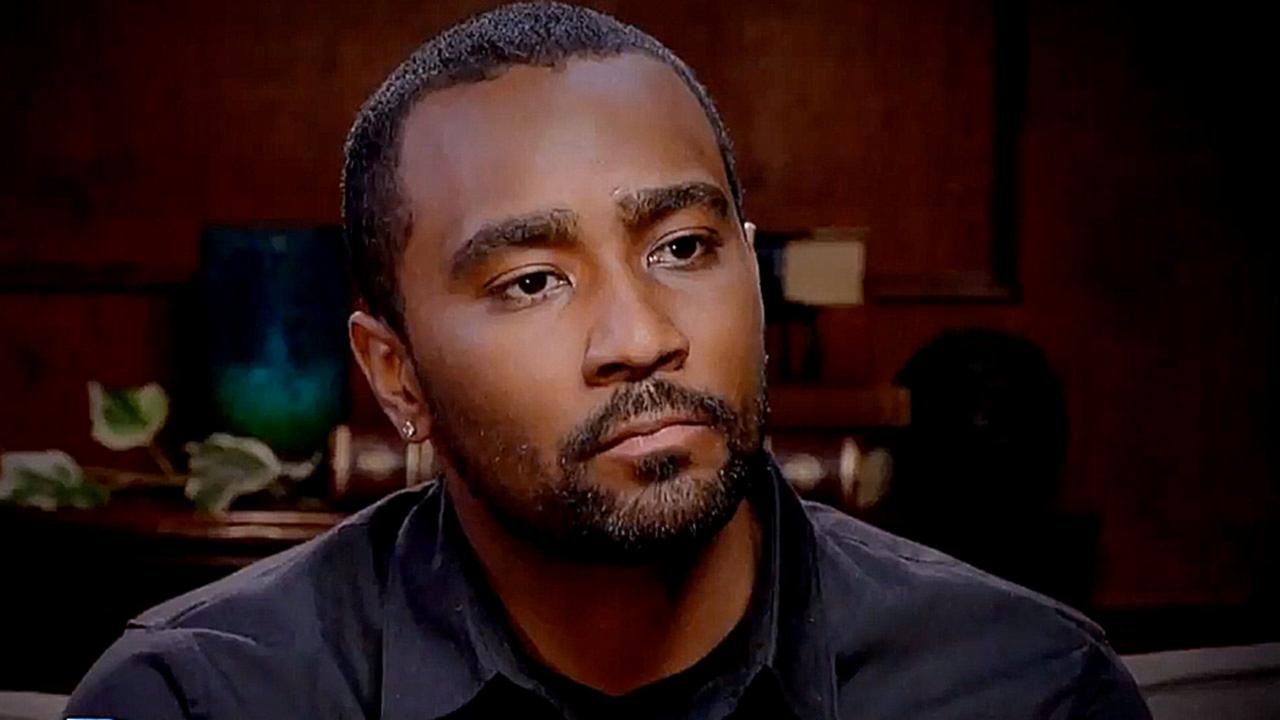 Nick Gordon is breaking his silence over a year after the death of his former girlfriend, Bobbi Kristina Brown.

The 20-year-old will appear on Dr. Phil to speak about his relationship withWhitney Houston and Bobby Brown's daughter, who died last July at the age of 22. Gordon first sat down with Dr. Phil in March 2015, just months after he found his girlfriend unresponsive in a bathtub.

In a promo released on Monday, Dr. Phil asks Gordon, "Did you murder Bobbi Kristina Brown?"

See photos of Bobbi Kristina through the years:

Like mother like daughter. Whitney and Bobbi Kristina dressed in identical white suits for the New York City premiere of Whitney's film,"The Preacher's Wife" in 1996.

(Photo by Ron Galella, Ltd./WireImage)
Everybody's matching! The family color-coordinated their black and white ensembles to attend the Fourth Annual International Achievement in Arts Awards in 1998 in Beverly Hills, California. (Photo by Ron Galella, Ltd./WireImage)
She's mommy's girl. Whitney Houston brought her daughter up on stage during a concert in 1999 in New York City. (Photo by L. Busacca/Larry Busacca/Wireimage)
Later during the same show, the entire family hit the stage.  (Photo by L. Busacca/Larry Busacca/Wireimage)

The family got together for a promotional shot for their NBC show, "Being Bobby Brown." Bobbi Kristina posed on the right and held the family dog. (Photo by F. Scott Schafer/NBC/NBCU Photo Bank via Getty Images)

Whitney Houston leaned down to plant a big one on her baby girl during the 2001 BET Awards. (Photo by M. Caulfield/WireImage)
Bobby Brown, Whitney Houston, and Bobbi Kristina headed to the the VH-1 Divas 2002 - Show. (Photo by Jeff Kravitz/FilmMagic)
Disney day! The whole family headed to the happiest place on earth ahead of the "The Priness Diaries 2: Royal Engagement" premiere. (Photo by Lee Celano/WireImage)

Bobbi Kristina and Whitney matched their outfits for the 2009 American Music Awards and looked happier than ever together. (Photo by Kevin Mazur/AMA2009/WireImage)

Talent runs in the family. Whitney brought Bobbi Kristina up on stage during a performance in 2009 to do a duet. Seems appeared to be on the upswing for the often troubled family.(Photo by Ben Hider/Getty Images)

Romance is in the air! Bobbi Kristina Brown hit 'The Houstons: On Our Own' series premiere party in 2012 with her "adopted brother" turned boyfriend, Nick Gordon. (Photo by Shareif Ziyadat/FilmMagic)

Following the death of her mother in February 2012, Nick Gordon and Bobbi Kristina Brown became closer than ever and cuddled up at the 'We Will Always Love You: A GRAMMY Salute to Whitney Houston' concert in October 2012. (Photo by Christopher Polk/WireImage)

The happy couple reportedly became engaged in 2013 and were all smiles at an event ahead of the 2014 Grammy Awards. This was one of the last public photos taken of the pair before Bobbi Kristina was found unresponsive in a bathtub at her Georgia home on January 31, 2015. ( Photo by Tiffany Rose/WireImage)

On June 24, Bobbi Kristina's court-appointed conservator, Bedelia Hargrove, filed a $10 million wrongful death civil lawsuit against Gordon -- who performed CPR on her before paramedics arrived on the scene -- accusing him of assault, battery, intentional infliction of emotional distress and transferring money from Brown's account into his own without authorization. He was also accused of injecting her "with a toxic mixture."

Gordon's lawyers slammed the lawsuit, claiming it was both "slanderous and meritless." No criminal charges have been filed against Nick in connection with Bobbi Kristina's death.

In March, an autopsy report confirmed that Bobbi Kristina died from complications caused by her face being immersed in water, along with drug intoxication. Randy Kessler, an attorney for Gordon, told CBS New York that he hopes the new details regarding the cause of Brown's death -- officially listed as lobar pneumonia -- will put to rest "all the negativity" towards Gordon, who has "always maintained his innocence."