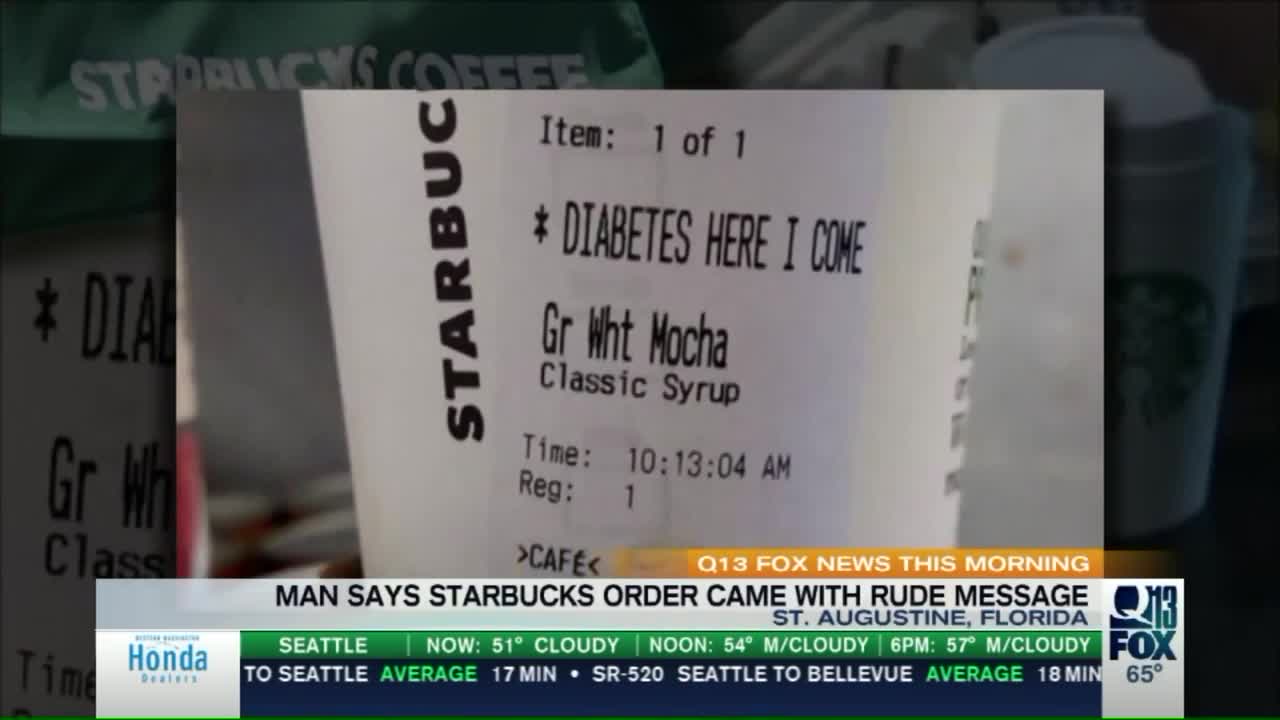 A Starbucks customer in Florida says that he ordered a Grande White Mocha, but ended up getting a little bit more than he bargained for: A side order of rudeness.

A message typed on the label of his cup, where a customer's name usually goes, instead read: "Diabetes, here i come."

The @Starbucks customer wrote a note on the cup that reads, "2 of my sisters are diabetic, so ... not funny." pic.twitter.com/iiBw9CSEhs

For reference, a 16 oz White Mocha has 470 calories -- not too horrific, considering everyone needs to treat themselves every once and a while.

But for this particular customer, the snide remark cut way deeper that a simple insult.

According to WGN, the man's two sisters suffer from Type 1 diabetes.

The unnamed customer wrote a message on the same cup in response to the baristas saying, "2 of my sisters are diabetic, so...not funny."

"Seeing and knowing the struggle my sisters went through since third, fourth grade, it definitely struck a nerve." Angry Starbuck's Customer

Starbucks said in a statement that it's still trying to offer that customer a direct apology, but the customer has stated he doesn't need an apology, or any type of compensation.

Rather, he just wants assurance that it won't happen in the future to other customers.

The store manager said this is something Starbucks obviously definitely does not condone, and says the company is taking steps to make sure the incident doesn't happen again.

RELATED: Check out these Starbucks locations around the world:

More from AOL.com:
Starbucks is set to open its biggest location yet, and it's not going to just sell coffee
Florida Gov. Rick Scott was gloriously taken down by a woman in Starbucks
Here's how rich you'd be if you stopped drinking expensive coffee