10 top entrepreneurs share how failure has led them to success 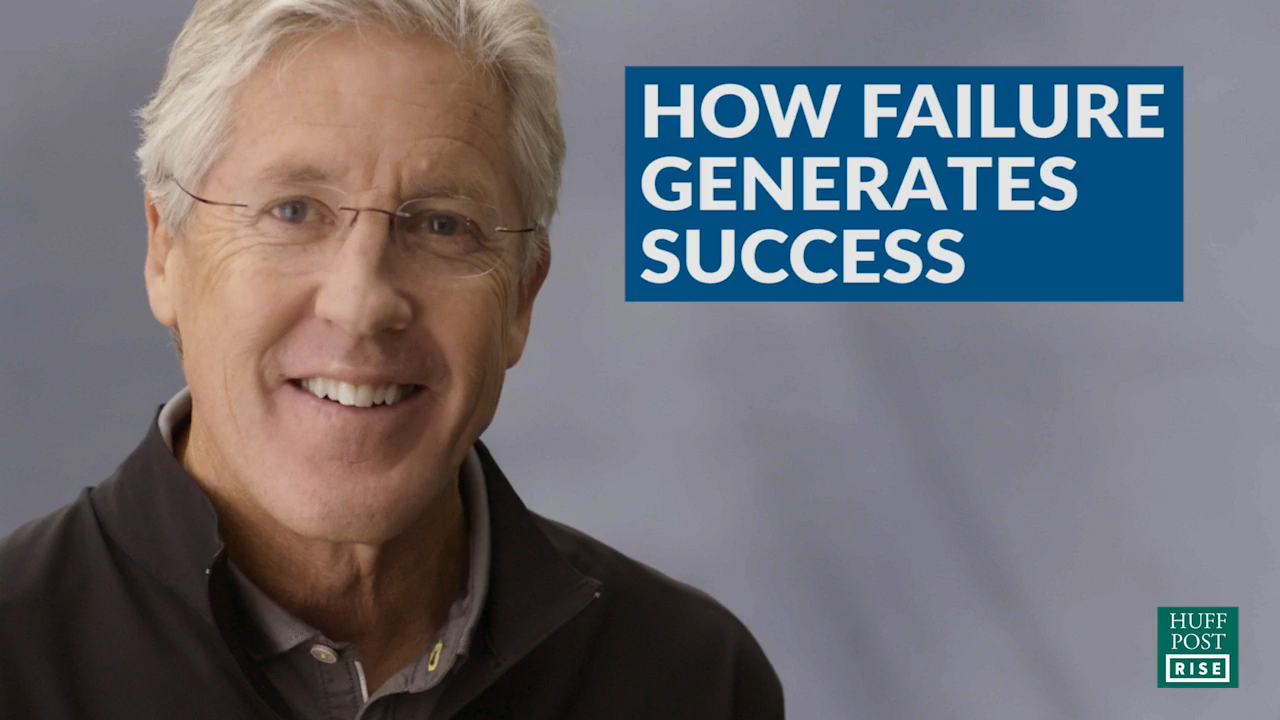 Success is a process, and part of the journey to getting where we want to be with our careers or business endeavors involves hitting a bump (or four) somewhere down the road.

What motivates us through these missteps is hearing from other people who have also been in our shoes, but used it to catapult themselves forward, only bettering and furthering themselves professionally.

The most successful people in today's business world know that failure is an inevitable and necessary part of getting to the top.

Here are 10 of our favorite entrepreneurs on why failure is crucial to success:

10 top entrepreneurs share how failure has led them to success

“Why do I talk about the benefits of failure? Simply because failure meant a stripping away of the inessential. I stopped pretending to myself that I was anything other than what I was and began to direct all my energy into finishing the only work that mattered to me.” -JK Rowling

“I’ve come to believe that all my past failure and frustrations were actually laying the foundation for the understandings that have created the new level of living I now enjoy.” -Tony Robbins

“I wouldn’t be where I am now if I didn’t fail... a lot. The good, the bad, it’s all part of the success equation. I really wouldn’t change anything at all.” -Mark Cuban

“Failure and rejection are an inevitable part of business, and how you deal with them will ultimately affect your success. The ability to cope with and learn from failure and rejection can be practiced and honed along the way. Some people are better at it than others." -Richard Branson

“Be the one thing you think you cannot do. Fail at it. Try again. Do better the second time. The only people who never tumble are those who never mount the high wire. This is your moment, own it.” -Oprah Winfrey

“For every failure, there’s an alternative course of action. You just have to find it. When you come to a road block, take a detour.” -Mary Kay Ash

Finding something positive in adversity is a great life skill to have in general, but when you can apply that outlook to your career, it makes it nearly impossible for you to feel defeated.

SEE ALSO: 6 quotes from 'Shark Tank's Barbara Corcoran that will change your career

Grit and perseverance are what set these entrepreneurs apart from all the rest, and it's a skill we can all learn to hone in on.

Now, check out this list of more notable entrepreneurs:

10 top entrepreneurs share how failure has led them to success
Co-founders of Birchbox, Hayley Barna and Katia Beauchamp attend the opening of the Birchbox flagship store on July 10, 2014 in New York City. (Photo by Cindy Ord/Getty Images for Birchbox)
Rent the Runway co-founders Jennifer Fleiss and Jennifer Hyman attend the 4th Annual Fashion 2.0 Awards at SVA Theater on March 13, 2013 in New York City. (Photo by Astrid Stawiarz/Getty Images)
Stewart Butterfield, co-founder and chief executive officer of Slack Technologies Inc., smiles during a Bloomberg West television interview at the Vanity Fair 2015 New Establishment Summit in San Francisco, California, U.S., on Tuesday, Oct. 6, 2015. (Photographer: David Paul Morris/Bloomberg via Getty Images)
Snapchat CEO Evan Spiegel speaks onstage during 'Disrupting Information and Communication' at the Vanity Fair New Establishment Summit at Yerba Buena Center for the Arts on October 8, 2014 in San Francisco, California. (Photo by Michael Kovac/Getty Images for Vanity Fair)
Nic Jammet, Jonathan Neman and Nathaniel Ru are the Co-Founders of SweetGreen in Washington, D.C. on October 17, 2011. Jane Black's November column is about SweetGreen and its efforts to stay true to its roots as it grows to be a regional and national chain. Nic Jammet, the young, charismatic co-founder, who is working hard to make sure that they still feature local products from small farms, even in wintertime. They have gone from 1 store in 2007 to 10 today, including several in the Philadelphia area. (Photo by Marvin Joseph/The Washington Post via Getty Images)
Soylent CEO Rob Rhinehart holds a bag of finished product inside a warehouse in Oakland, California where the company runs its business on September 09, 2013. The 24-year-old software engineer developed Soylent, a homemade nutrient concoction, designed as part meal-replacement drink, part thought experiment, providing every necessary nutrient while challenging societys current perception of nutrition. (Photo credit should read Josh Edelson/AFP/Getty Images)
(L-R) Casper Co-Founders & Chief Executive Officers T. Luke Sherwin, Jeff Chapin, Neil Parikh, and Philip Krim attend Casper's LA celebration at Blind Dragon on July 9, 2015 in West Hollywood, California. (Photo by Rachel Murray/Getty Images for Casper Sleep Inc.)
Up Next

More on AOL.com:
Cambridge study confirms that money can buy happiness
11 daily habits keeping you from getting rich
5 important tips from a Shark Tank winner who got Mark Cuban's money