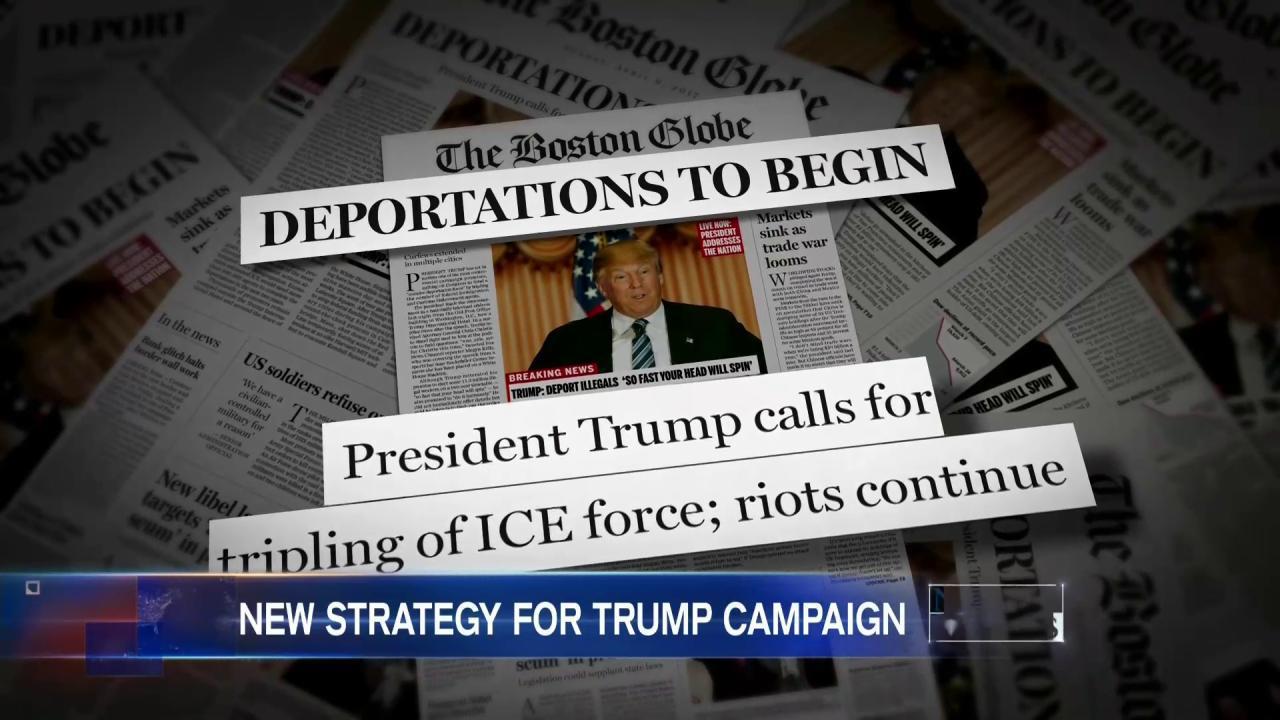 For Donald Trump, a provocation unchallenged is a lost opportunity. That might account for the quick response from the GOP frontrunner, who lost no time Sunday in crafting a response to a satirical Boston Globe front page about the start of a hypothetical Trump presidency, and the blistering Globe editorial it was attached to.

"How about that stupid Boston Globe? It's worthless, sold for a dollar," Trump said at a rally Sunday in Rochester, N.Y.

RELATED: Other front pages that took a shot at Trump

"They pretended Trump is the president and they made up, the whole front page is a make-believe story, which is really no different from the whole paper. ... The whole thing is made up," Trump said according to The Hill, an online monitor of campaign politics.

Via Boston Globe Opinion - It's April of 2017 and Donald Trump is president. Here's what our world could look like.

More from The Wrap:
Kit Harington Says Jon Snow Does Not Become a White Walker on ‘Game of Thrones’ (Video)
No, Donald Trump Won’t Lose His Hollywood Walk of Fame Star… But He May Want to
Caitlyn Jenner ‘Transparent’ Casting Sparks Fan Riot on Twitter