A Starbucks barista wrote a savage message on a customer's cup 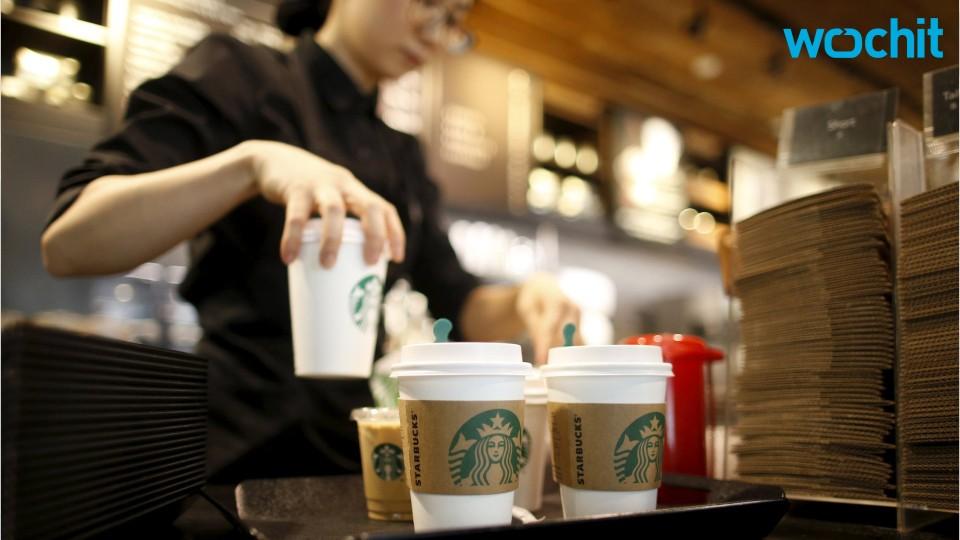 A Starbucks customer in St. Augustine, Florida got something he didn't ask for with his grande white chocolate mocha: a double shot of shade.

The man told a local CBS News affiliate that upon picking up his order, he noticed that his cup was labeled "DIABETES HERE I COME."

A @Starbucks customer tells me he's hurt by the message he received on his coffee cup. Details on @ActionNewsJaxpic.twitter.com/hNMeC6ysRJ

The customer told CBS that the message struck a nerve for a particularly personal reason: Two of his sisters have Type 1 diabetes.

"That first word just automatically brought the picture of both sisters in my head, and I was taken aback," he said. "Just the struggles they went through and all the doctor appointments they had."

View the evolution of the Starbucks cup over the years:

A Starbucks barista wrote a savage message on a customer's cup
CHENGDU, SICHUAN PROVINCE, CHINA - 2015/09/13: Coffee cup on table in a Starbucks cafe. Starbucks is streamlining the ordering process so customers are able to get that cup of coffee faster than usual. (Photo by Zhang Peng/LightRocket via Getty Images)
A cappuccino coffee sits in a Starbucks Corp. Reserve cup, used for specialist coffee, on the counter at a Starbucks coffee shop in London, U.K., on Friday, Oct. 16, 2015. Coffee futures fell the most in seven months after Colombia announced measures that will increase exports, spurred by the plight of farmers in the country who are dealing with drought conditions linked to the El Nino weather pattern. Photographer: Chris Ratcliffe/Bloomberg via Getty Images
BEIJING, CHINA - 2014/12/24: A paper coffee cup and Starbucks logo. Starbucks will continue its expansion in China in 2015 and double its China store count to 3,000 by 2019. In its first-quarter fiscal report, the coffee giant shows optimistic expectation for its robust expansion plans in 2015. (Photo by Zhang Peng/LightRocket via Getty Images)
A Starbucks employee writes a message on a cup of freshly brewed coffee at a local store in Washington, DC on December 26, 2012. Starbucks stirred the political pot Wednesday by urging its baristas to write 'come together' on its cups as a way to pressure US lawmakers to compromise on a deal to avert a year-end fiscal crisis. Starbucks chief executive Howard Schultz said the American coffee giant was recommending its first-ever message on the side of tall, grande and venti (small, medium and large) drinks sold at its Washington stores as a way to help break the capital's gridlock on the so-called 'fiscal cliff.' Lawmakers and the White House have less than a week to work out a deal aimed at preventing tax hikes from hitting all Americans and a series of deep, mandated spending cuts from kicking in beginning January 1. AFP PHOTO/Eva HAMBACH (Photo credit should read EVA HAMBACH/AFP/Getty Images)
A Starbucks coffee cup is seen in this photo taken August 12, 2009. AFP Photo/Paul J. Richards (Photo credit should read PAUL J. RICHARDS/AFP/Getty Images)
MIAMI - JANUARY 18: In this photo illustration, the new Starbucks 31-ounce Trenta size ice coffee is seen on the right next to a tall cup of Starbucks coffee on January 18, 2011 in Miami, Florida. Starbucks rolled out the newest member of its lineup of drinks which is available only for Tazo shaken iced teas, iced tea lemonades and iced coffees. (Photo illustration by Joe Raedle/Getty Images)
TOKYO, JAPAN - SEPTEMEBR 26: Starbucks Coffe Company's news product 'Starbucks Discoveries'(Espressso (L), Latte (R)) are seen during a preview party on September 26, 2005 in Tokyo, Japan. 'Starbucks Discoveries' is the company's first chilled cup coffee product which will be available at convenience stores on September 27 in Japan with the same coffee beans used at Starbucks stores. (Photo by Junko Kimura/Getty Images)
Up Next

When questioned about the incident, Starbucks corporate headquarters said that they were "disappointed" to hear of the encounter.

"We strive to provide an inclusive and positive experience for our customers, and we're disappointed to learn of this incident. We are working directly with the customer to apologize for his experience, and with our partners (employees) to ensure this does not happen again."

As for the offended customer, he didn't take the initial offense lying down. Before leaving the store, he took the time to write the offending barista a note on his coffee cup.

This @Starbucks customer tells me he wants the #Starbucks employee to know his sisters suffer from Type 1 diabetes. pic.twitter.com/lzmeAwLLdm

"Seeing and knowing the struggle my sisters went through by third, fourth grade, it definitely struck a nerve, and I didn't just want to let it go," the customer said.

The man told CBS that he wasn't looking for an apology, but wanted to make sure that no future customers experienced the same treatment.

RELATED: Compare the prices of coffee at 10 fast food joints

A Starbucks barista wrote a savage message on a customer's cup

More from AOL.com:
The most widely believed conspiracy theories in America
Blocking Trump could hurt Republicans in election
Dallas reporter killed by teenage son who suffered a brain injury